The pandemic has claimed more than 1,200 lives across the state. 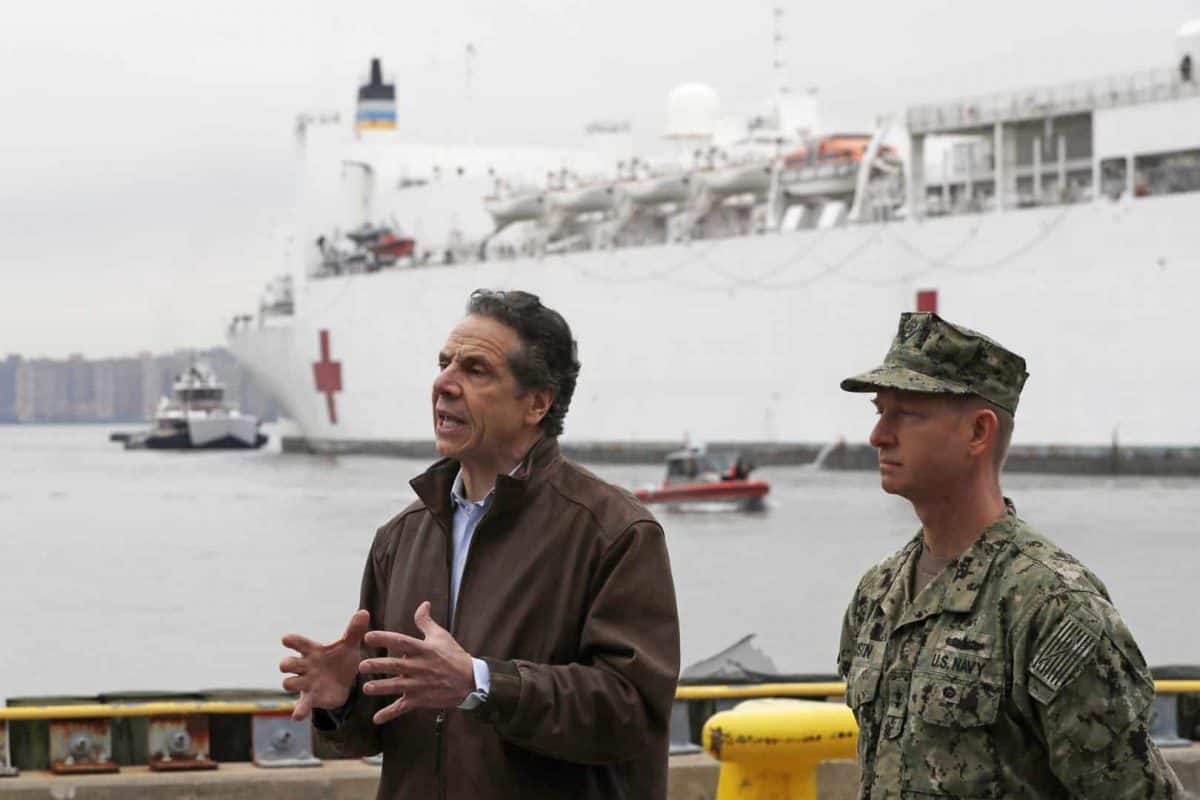 New York’s governor has issued an urgent appeal for medical volunteers amid a “staggering” number of deaths from the coronavirus.

“Please come help us in New York now,” Governor Andrew Cuomo said as the state’s death toll climbed by more than 250 in a single day to a total of more than 1,200 victims, most of them in the city.

He said an additional 1 million health care workers are needed to tackle the crisis.

Even before the governor’s appeal, close to 80,000 former nurses, doctors and other professionals in New York were stepping up to volunteer.

Meanwhile a Navy hospital ship, also sent to the city after 9/11, had arrived with 1,000 beds to relieve pressure on overwhelmed hospitals.

The spike in deaths in New York was another sign of the long fight ahead against the global pandemic, which was filling Spain’s intensive care beds to capacity and shutting millions of Americans inside.

The US has reported more than 160,000 infections and over 2,900 deaths, with New York City the nation’s worst hot spot.

However New Orleans, Detroit and a number of other cities are also seeing alarming clusters.

Dr. Anthony Fauci, the US government’s top infectious-disease expert, similarly warned that smaller cities are likely about to see cases “take off” the way they have in New York City.

“What we’ve learned from painful experience with this outbreak is that it goes along almost on a straight line, then a little acceleration, acceleration, then it goes way up,” he said on ABC’s Good Morning America.

Related: Covid-19: One in four doctors off sick or in isolation