Nicknamed the frozen dragon of the north, the 75 million year old fossil is new to science. 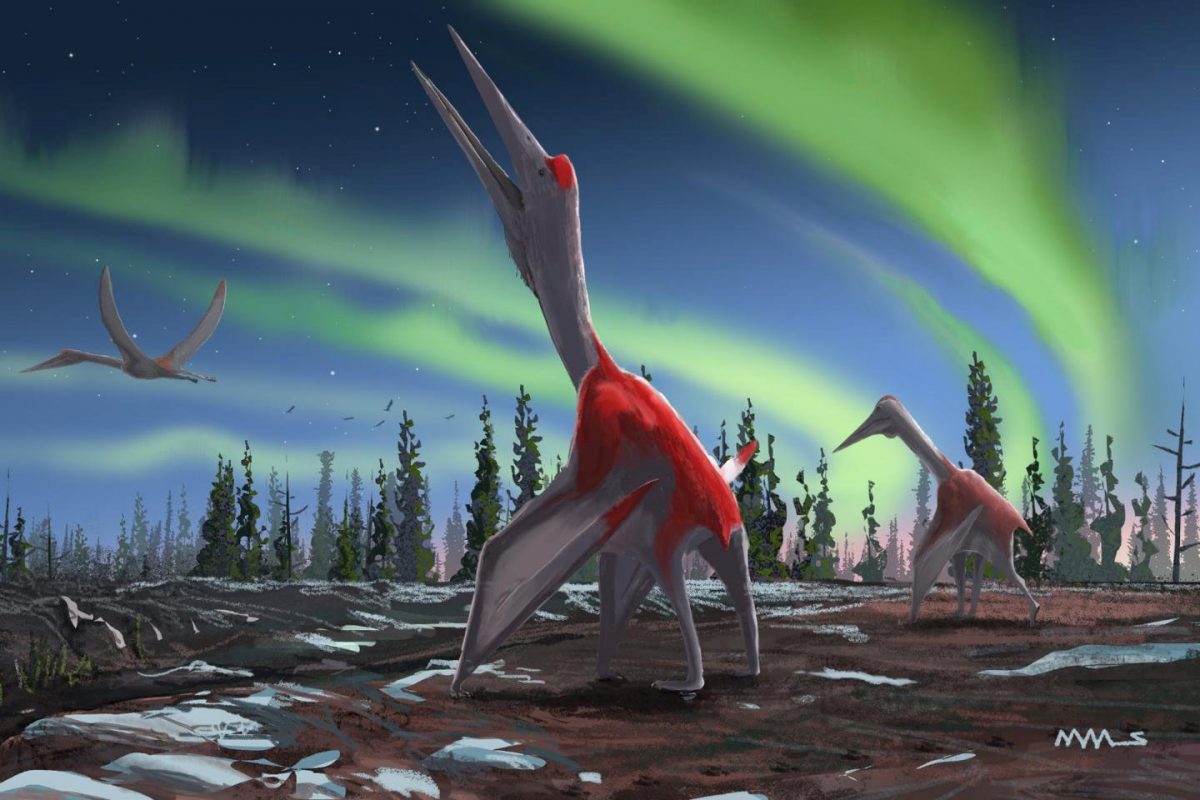 A new species of pterodactyl the size of a small plane has been discovered in Canada.

And scientists have called it Cryodrakon boreas, or Frozen Dragon of the North.

Researchers who unearthed the partial skeleton in Dinosaur Provincial Park in southern Alberta realised it was like no other.

They believe that because of its muscular shape it was a ground hunter who used flight to burst away from danger or to seize its prey.

It is rare to find do many bones from a single bird and the vertebrae, cervical and leg bones have been studied in the US, Canada and the UK.

Michael Habib, assistant professor of Integrative Anatomical Sciences at the Keck School of Medicine of the University of Southern California and research associate at the Dinosaur Institute of the Natural History Museum of Los Angeles County said this particular specimen was well preserved.

He added: “This type of pterosaur, an azhdarchid, is quite rare, and most specimens are just a single bone.

“These are among the most popular and charismatic of all fossil animals.

“Our new species is represented by a partial skeleton. This tells us a great deal about the anatomy of these large flyers, how they flew and how they lived.

“The creature is similar to the largest pterosaurs known, yet key characteristics gleaned from the cache of bones show it’s actually part of a new genus and species.

“This particular group of pterosaurs includes the largest flying animals of all time. Their anatomy holds important clues about the limits of animal flight and may be important in the future for biologically inspired mechanical design for flight.”

From these findings, the scientists conclude that Cryodrakon was about the same size, and looked similar to the largest known pterosaur Quetzalcoatlus, but was likely heavier and more robust.

They say it is an important finding because it challenges classic reconstructions of these animals as ultralight soaring specialists.

Even the tiniest species of pterosaur are bigger than any living bird today. The smallest were bigger than an albatross and the largest had a wingspan of 30 feet – the size of a small plane.

Scientists noted key differences in the shape of vertebrae, cervical bones and leg bones which would have affected the spinal column, shape of the legs and size of the creature.

It is hoped the discovery of this new species will give rise to new understanding about dinosaurs.

Prof Habib added: “They have been inspiration for countless movie monsters, they were critical parts of global ecosystems worldwide during the Age of Dinosaurs, so they are key to understanding the ecology and extinctions of that time.

“Just like flying animals today, they could carry important clues about how animals at the time responded to major changes in climate.”

The findings were reported today in the Journal of Vertebrate Paleontology.