A neo-Nazi terror suspect who entered a “Miss Hitler” beauty contest suggested playing football with the severed head of a Jewish person, a court heard. Jurors heard Alice Cutter, 22, made the statement in a private message to convicted National Action member Alex Deakin. She is accused of sending the message after the far right-wing […] 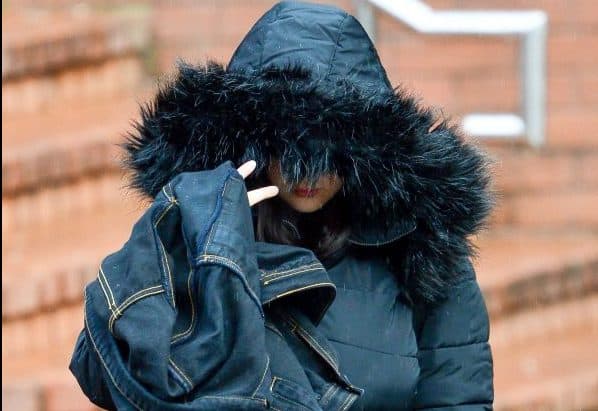 A neo-Nazi terror suspect who entered a “Miss Hitler” beauty contest suggested playing football with the severed head of a Jewish person, a court heard.

She is accused of sending the message after the far right-wing group was banned by the Government on December 16, 2016, following the murder of MP Jo Cox.

Cutter, of Halifax, West Yorks., is charged with membership of a proscribed terrorist organisation.

She is on trial with her fiance Mark Jones, 24, Garry Jack, 23, of Shard End, Birmingham, and Connor Scothern, 18, of Nottingham.

“This was not simply Alice Cutter playing to the gallery.

“In a private, one-to-one chat with Alex Deakin, Cutter said what she considered a good thing was a game of football in which the ball was Jew’s decapitated head so that the Jew, in her words, got a good kicking every time.

“It was Cutter who was collating the prison addresses of National Action members who were on remand or serving prisoners during 2018: Deakin, Bogunovic and Helm.

“Cutter was a National Action lynchpin.

“Cutter was a central spoke in the National Action wheel.

“She was photographed giving the Nazi salute next to Coulson on the steps of Leeds Town Hall in May 2016.

“She may have attended the National Action demonstration in York along with Jack Coulson later the same month.

“She entered the Miss Hitler 2016 as ‘Buchenwald Princess’.

“Buchenwald was the destination of Jones and Davies in April-May 2016.

“It is unlikely the name Buchenwald Princess was a coincidence.

“As you will see, she shared Jones’ obsession with knives, guns and violent ethnic cleansing.”

The court heard co-defendant Scothern had been a communist and converted to Islam for a short time before he became a Nazi.

Mr Jameson told the jury: “One of National Action’s strategies was to target the young and Scothern was plainly a young recruit.

“You will hear that Scothern came to Nazism via a circuitous route.

“He was drawn to communism at one stage, and for a short time (aged 12-13) practised Islam.

“Make no mistake, however, that when Scothern found Nazism he never looked back.

“He ended up linked to all the key players in National Action including his co-defendants, Jones, Jack and Cutter and the two founders of National Action, Ben Raymond and Alex Davies.

“In addition, he was linked to a number of individuals who went on to admit or be convicted of membership of a terrorist organisation.

“Scothern was well aware of the implications of National Action being banned.

“You will hear that during the banned phase he was, within a banned organisation, an activist’s activist.”