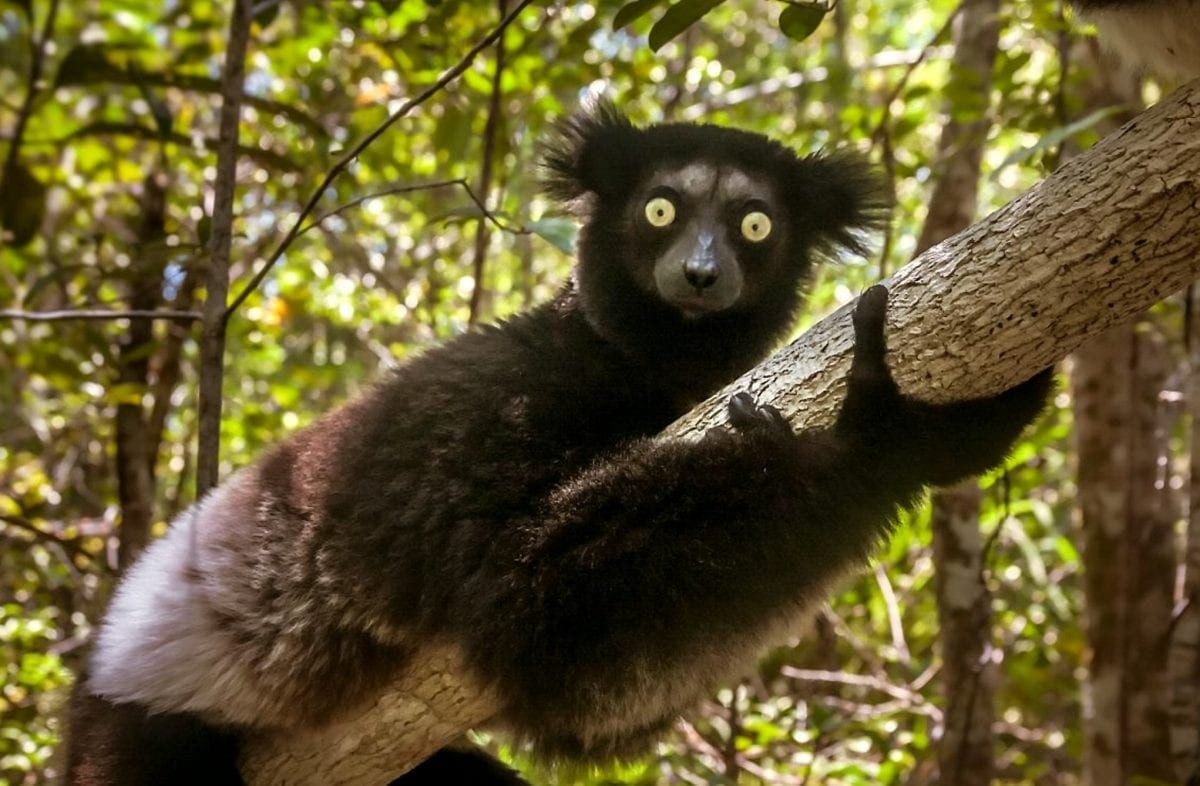 Nature will need between three to five million years to recover and fill in the gaps caused by man-made mass extinctions within the next 50 years, a study found.

During Earth’s history there have been five mass extinctions over the past 450 million year.

After each mass extinction, evolution has slowly filled in the gaps with new species of plants and animals.

But the sixth mass extinction is happening now, but this time the extinctions are not being caused by natural disasters but because of the impact of humans.

Researchers calculated it will take mammals three to five million years just to diversify enough to regenerate the branches of the evolutionary tree that they are expected to lose over the next 50 years.

It will take more than five million years to regenerate what was lost from giant Ice Age species.

Study leader palaeontologist Matt Davis of Aarhus University said: “It is much easier to save biodiversity now than to re-evolve it later.”

The researchers used their extensive database of mammals which included species that still exist, but also the hundreds of species that lived in the recent past and became extinct as Homo sapiens spread across the globe.

This meant the researchers could study the full impact of our species on other mammals. 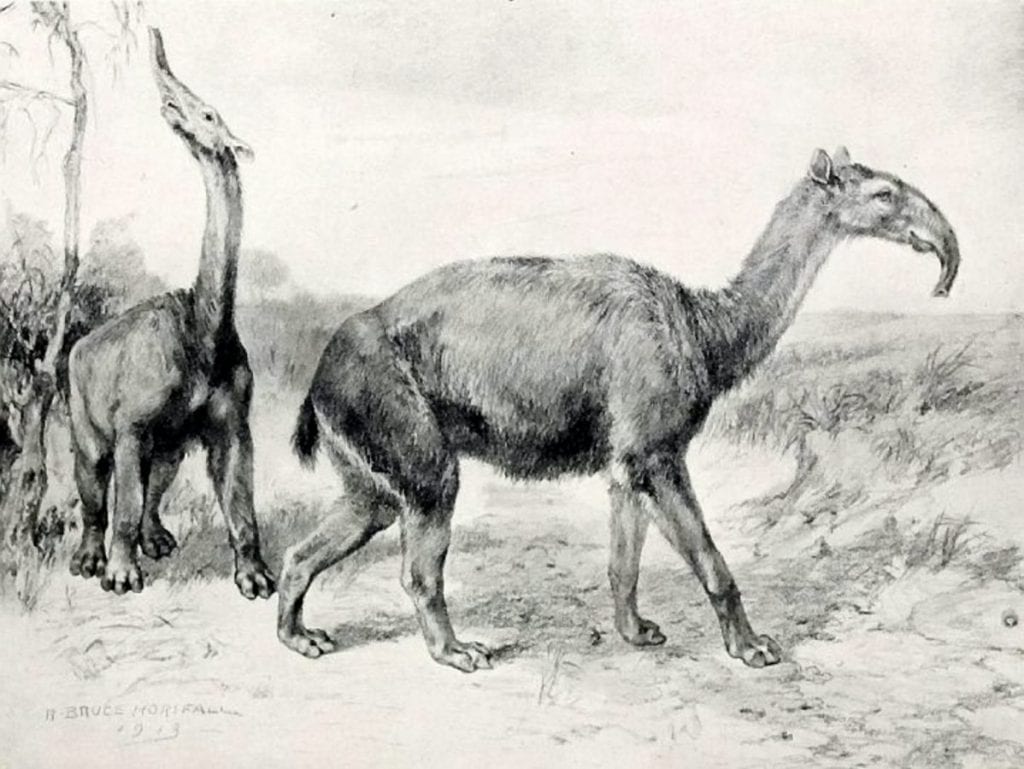 They then used powerful computers, advanced evolutionary simulations and comprehensive data about evolutionary relationships and body sizes of existing and extinct mammals.

It was able to quantify how much evolutionary time would be lost from past and potential future extinctions as well as how long recovery would take.

However, not all species have the same significance.

Some extinct animals, such as the Australian leopard-like marsupial lion Thylacoleo, or the strange South American Macrauchenia (imagine a lama with an elephant trunk) were evolutionary distinct lineages and had only few close relatives.

When these animals became extinct, they took whole branches of the evolutionary tree of life with them taking with them their unique ecological functions and the millions of years of evolutionary history they represented.

Mr Davis said: “Large mammals, or megafauna, such as giant sloths and sabre-toothed tigers, which became extinct about 10,000 years ago, were highly evolutionarily distinct.

“Since they had few close relatives, their extinctions meant that entire branches of Earth’s evolutionary tree were chopped off. 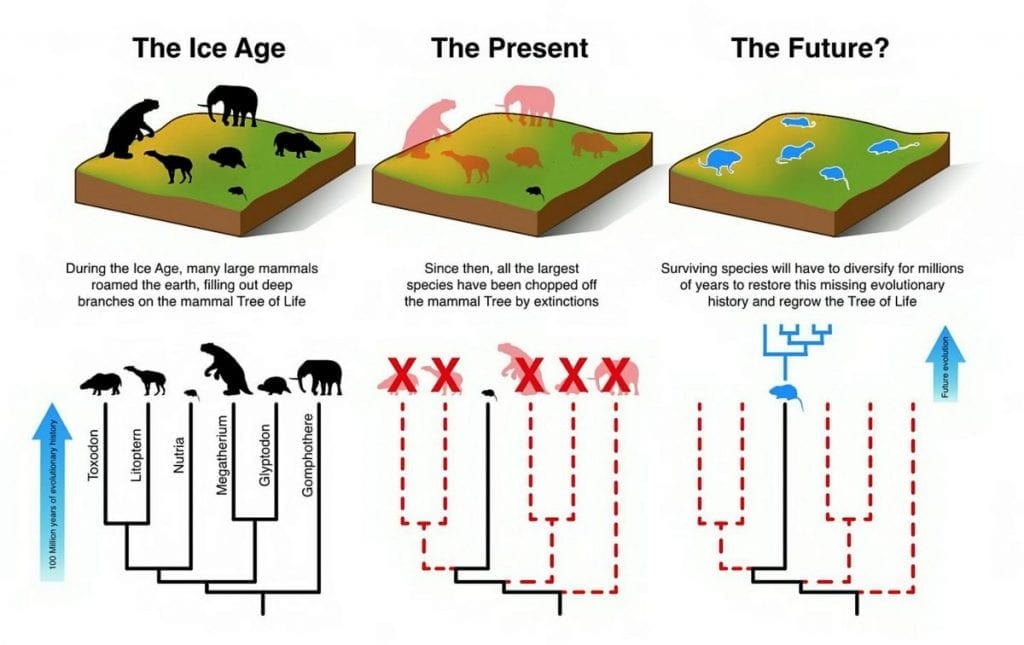 “There are hundreds of species of shrew, so they can weather a few extinctions.

“There were only four species of sabre-toothed tiger; they all went extinct.”

Critically endangered species such as the black rhino are at high risk of becoming extinct within the next 50 years.

Asian elephants, one of only two surviving species of a once mighty mammalian order that included mammoths and mastodons, have less than a 33 per cent chance of surviving past this century.

Professor Jens-Christian Svenning also from Aarhus University said: “Although we once lived in a world of giants: giant beavers, giant armadillos, giant deer, etc., we now live in a world that is becoming increasingly impoverished of large wild mammalian species. 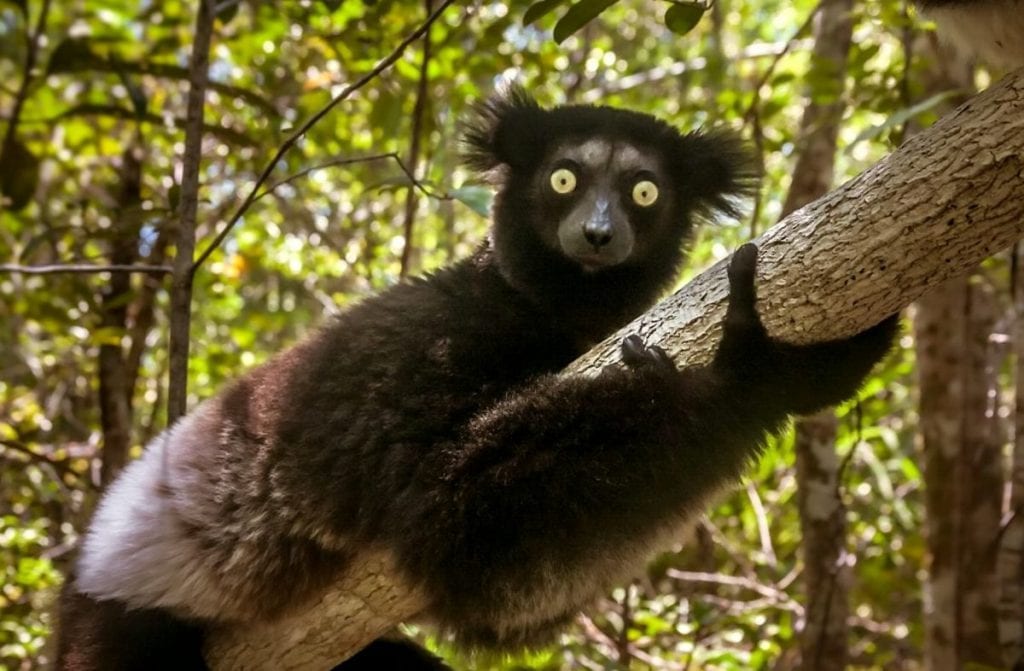 “The few remaining giants, such as rhinos and elephants, are in danger of being wiped out very rapidly.”

The research team doesn’t have only bad news, however.

Their data and methods could be used to quickly identify endangered, evolutionarily distinct species, so that we can prioritise conservation efforts, and focus on avoiding the most serious extinctions.