Lewis Ludlow, 27, from Rochester, Kent, will serve a minimum of 15 years for plotting an attack in the UK and funding IS abroad 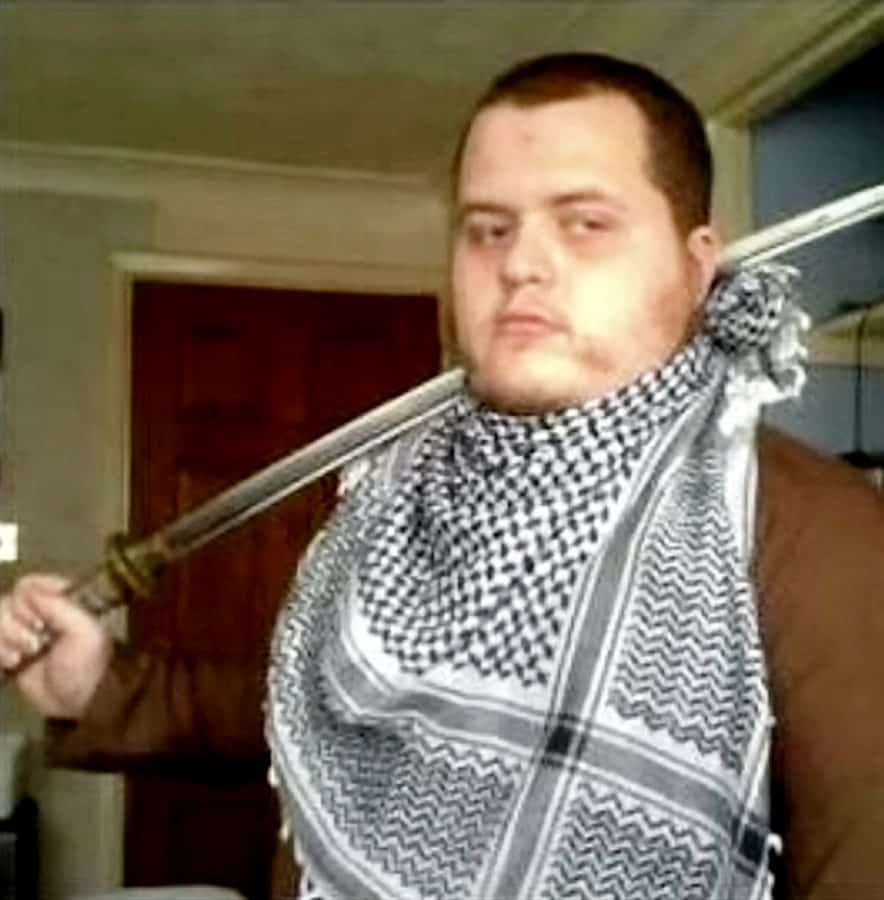 A Muslim convert nicknamed “The Eagle” who planned to kill tourists on Oxford Street has been jailed for life after a judge ruled his extremism “ran very deep and for some time.”

Lewis Ludlow, 27, swore allegiance to Islamic State and prepared to drive a van through the popular shopping district or target Madame Tussauds.

He called himself “The Eagle” and “The Ghost” and researched potential targets around the capital between 11 March and 19 April last year.

His attack plans – found ripped up in a bin by terror cops – also revealed plans to attack St Paul’s Cathedral and a “Shia temple in Romford”.

Ludlow, of Rochester, Kent, gave evidence that he was pressured into supporting Islamic State by an operative in the Philippines called Abu Yaqeen but had changed his mind just before his arrest.

He admitted preparation and funding of terrorist acts but a further charge of attempting to travel to Islamic State was ordered to lie on file at a previous hearing.

At his sentencing hearing at the Old Bailey yesterday defence barrister Rebecca Trowler said he was vulnerable to pressure due to his autism and depression.

She said: “He was engaged to a degree by pressure. Emotional pressure which he came to be subjected to by Abu Yaqeen.

“There was exploitation of his vulnerability by Abu Yaqeen – in that regard we refer to the defendant’s mental condition – and the fact Abu Yaqeen was to an extent aware of it and played to it.”

But this was rejected by the Recorder of London who said he did not accept Ludlow had a ‘change of heart’.

Judge Nicholas Hilliard QC said: “You have shown you are capable of asserting yourself when you want to.

“The suggestion of vulnerability and pressure from others run up against it.

“I accept you were bullied at school and found it difficult to establish relationships. You may for example have joined your local mosque and found comfort there.

“Instead you attached yourself to those who promoted violent extremism.

“I do not regard you as suggestible or easily taken advantage of. You were well able to resist the Prevent Programme and did so.

“You are nobody’s fool. You were no-one’s unwilling instrument or tool.

“There’s nothing about the videos you made which remotely suggest to me you were. You were certainly acting in concert with Abu Yaqeen.

“I have seen no sign you are anything other than an enthusiastic participant in a joint plan.”

The court heard Ludlow described Oxford Street as an “ideal” spot for a lone wolf attack, writing: “It is expected nearly 100 could be killed in the attack.”

The plans included using a van to mount the pavement and run over pedestrians – made possible by a lack of safety barriers.

He set up a Paypal and Facebook account called Antique Collections as a front to send money to a man with IS-links called Abu Yaqeen.

The court heard he was stopped at Heathrow Airport in February last year as he tried to board a flight to the Philippines.

Counter-intelligence officers are said to have been aware of Ludlow as far back as 2008 after his college reported they were concerned about his beliefs.

He attended a demonstration led by radical preacher Anjem Choudary in 2010 and was invited to engage with the Met Police Prevent programme.

He missed appointments and was arrested in 2015 after IS material was recovered from his electronic devices – but no further action was taken.

On April 13 last year Ludlow’s mobile phone was found to have videos of the defendant swearing allegiance to IS.

Of the videos, in which Ludlow addresses “the people of Britain” about jihad, Judge Hilliard said: “You told me Abu Yaqeen was insistent about you making these videos. I’m sure that you made them of your own free will. You also chose to keep them.

“I’m sure that you disposed of the LG telephone on the 13 April because you feared that the authorities might be onto you and not because of any change of heart.

“You had not abandoned your core beliefs – to promote terrorism in the Philippines.”

Jailing him for life with a minimum of 15 years, the judge said: “Your extremism ran very deep and for some time.

“There could be no other explanation for anyone planning to kill innocent people in a van for ideological reasons.

“No other sentence other than life imprisonment will be appropriate.

“There is much work to be done and much of it is in your own hands.”