He said: "Many media property owners have as much responsibility as the election officials who know the truth but instead choose to propagate lies." 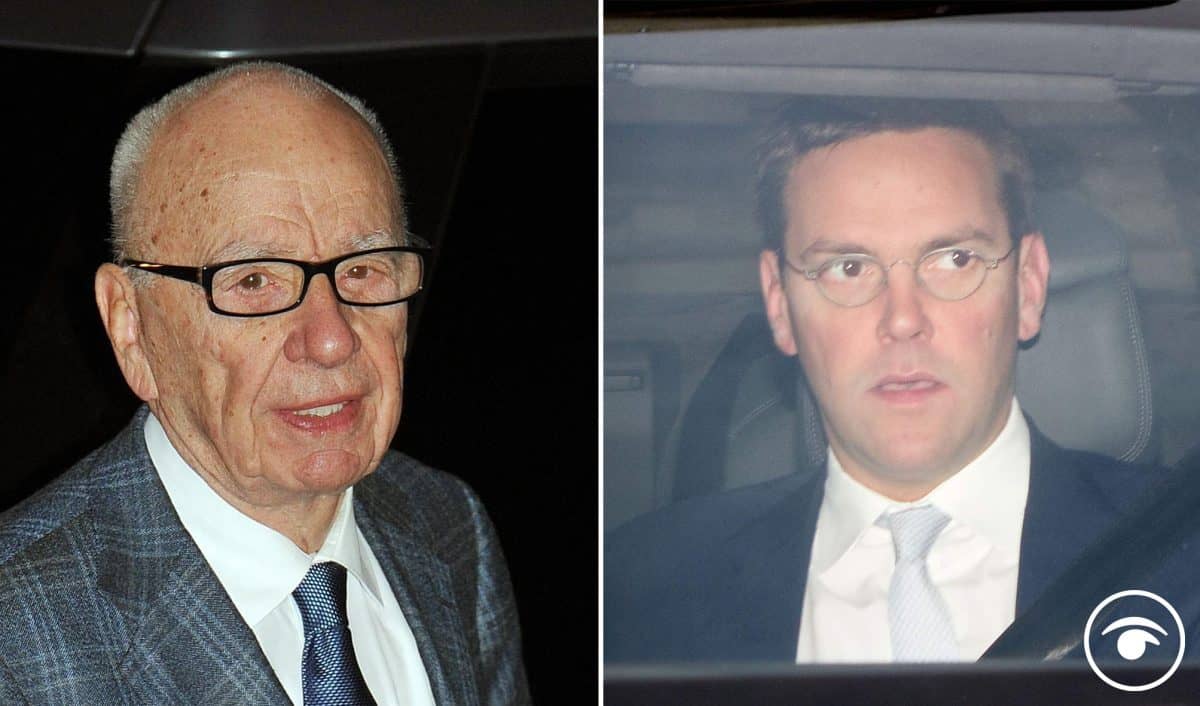 Rupert Murdoch’s son, James, has said that US media ‘lies’ have unleashed ‘insidious forces’ during an interview with the Financial Times.

His comments come as the pro-Trump mob that stormed the US Capitol last week aimed to “capture and assassinate elected officials”, US federal prosecutors said in court documents.

James didn’t directly mention Fox News but the comments will be seen as a thinly veiled rebuke of the media station founded by his father and run by his brother Lachlan.

“The damage is profound,” he said “The sacking of the Capitol is proof positive that what we thought was dangerous is indeed very much so. Those outlets that propagate lies to their audience have unleashed insidious and uncontrollable forces that will be with us for years.

“I hope that those people who didn’t think it was that dangerous now understand, and that they stop.”

He added that the media would inevitably face “a reckoning” after being “co-opted by forces that only want to stay in power, or are manipulating our discourse from abroad and are only too happy to make a mess and burn things down.”

James and his wife, Kathryn, have since issued a statement, where they said: “Spreading disinformation – whether about the election, public health or climate change – has real world consequences. Many media property owners have as much responsibility as the election officials who know the truth but instead choose to propagate lies.

“We hope the awful scenes we have all been seeing will finally convince those enablers to repudiate the toxic politics they have promoted once and forever.”

The pro-Trump mob that stormed the US Capitol last week aimed to “capture and assassinate elected officials”, US federal prosecutors said in court documents.

The remarks came in a motion prosecutors filed in the case against Jacob Chansley, the man who took part in the insurrection while sporting face paint, no shirt and a furry hat with horns.

Prosecutors say that after Chansley climbed up to the dais where Vice President Mike Pence had been presiding moments earlier, Chansley wrote a threatening note to Mr Pence that said: “It’s only a matter of time, justice is coming.”

Mr Pence and other congressional leaders had been ushered out of the chamber by the Secret Service and US Capitol Police before the rioters stormed into the room.

“Strong evidence, including Chansley’s own words and actions at the Capitol, supports that the intent of the Capitol rioters was to capture and assassinate elected officials in the United States Government,” prosecutors wrote in their memo urging the judge to keep Chansley behind bars.

A detention hearing is scheduled in his case for later on Friday.

The FBI has been investigating whether any of the rioters had plots to kidnap members of Congress and hold them hostage, focusing particularly on the men seen carrying plastic zip tie handcuffs and pepper spray.

Prosecutors raised a similar prospect on Friday in the case of a former Air Force officer who they alleged carried plastic zip-tie handcuffs because he intended “to take hostages.”

But so far, the Justice Department has not publicly released any specific evidence on the plots or explained how the rioters planned to carry them out.

Chansley, who calls himself the QAnon Shaman and has long been a fixture at Trump rallies, surrendered to the FBI field office in Phoenix on Saturday.

News photos show him at the riot shirtless, with his face painted and wearing a fur hat with horns, carrying a US flag attached to a wooden pole topped with a spear.

Chansley told investigators he came to the Capitol “at the request of the president that all ‘patriots’ come to DC on January 6 2021”.

An indictment unsealed in Washington him with civil disorder, obstruction of an official proceeding, disorderly conduct in a restricted building, and demonstrating in a Capitol building.