The report – believed to be the first of its kind in English – documents nearly 300 border-related deaths in and around the English Channel since 1999. 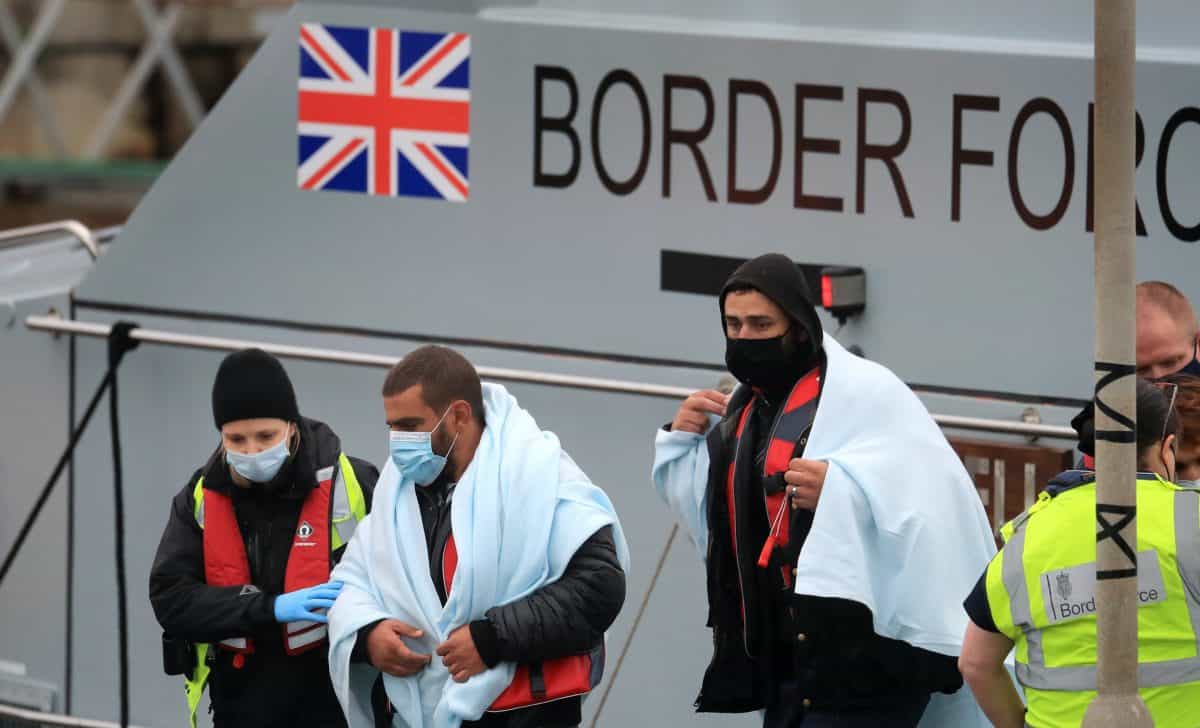 Calais has been transformed into a “murderous border zone” and security around the English channel has a “history of death”, with nearly 300 people losing their lives, a new report claims.

Under successive French and UK governments, responses to the migrant crisis have become increasingly militarised, forcing people to resort to more dangerous routes, the report claims.

The report – believed to be the first of its kind in English – documents nearly 300 border-related deaths in and around the English Channel since 1999.

It describes the Home Office response to small boat crossings as growing to “monstrous proportions”, while Calais has become a “murderous border zone”. Its publication comes as more people were brought to Dover on Thursday.

Mael Galisson, from Gisti, a legal service for asylum seekers in France, wrote the original report in French which has now been translated and updated.

“Crossing strategies evolve according to the level of securitisation of the border,” he said. “The more a crossing point is securitised, and thus inaccessible, the higher the risks and the need for border-crossers to have recourse to a ‘third party”, a smuggler.”

He gave the example of the Eurotunnel, where he says the death toll rose after access to the motorway was made more difficult, and to more recent trends during the pandemic.

“In 2020, the dramatic drop in lorry and air traffic because of Covid-19 has led to a corresponding increase in attempted sea crossings in small boats, organised by commercial smugglers who charge up to £3,000 for the passage and then force passengers to steer the boats,” he said.

“Dozens of those forced to pilot boats have been arrested as people smugglers, and 10 people have died in 2020 trying to cross the Channel in small boats – or even by swimming.”

Frances Webber, vice-chair of the Institute of Race Relations (IRR), said: “These deaths are not ‘natural’ nor ‘tragic accidents’ but man-made, created by policies which do not merely close borders but also erect ever more obstacles to safe travel for the most vulnerable.

“Military-style solutions don’t solve humanitarian problems. The history of the securitisation of the English Channel is a history of death. So why do we allow the Government to keep on along the same path?”

The report, a collaboration between the IRR, the Permanent People’s Tribunal London steering group and Gisti, is entitled Deadly Crossings And The Militarisation Of Britain’s Borders.

Fatalities in 2020 have included the deaths of a Kurdish-Iranian family when their migrant boat sank last month.

On the Kent coast on Thursday, more people were seen arriving in the UK after crossing the Channel. Wrapped in blankets against the November chill, several people were seen being helped to disembark from a Border Force patrol boat.

While deteriorating conditions in the latter part of 2020 have seen a drop in crossing attempts, several hundred people have successfully made the journey this month.

Numbers of people making the dangerous crossing aboard small boats have rocketed this year, with more than 8,000 reaching the UK, according to data analysis by the PA news agency.

Related: Only 18% of Brits oppose cutting the foreign aid budget