First Minister Nicola Sturgeon said the situation is being closely monitored as an expert claimed three cases are in Edinburgh and one in Glasgow. 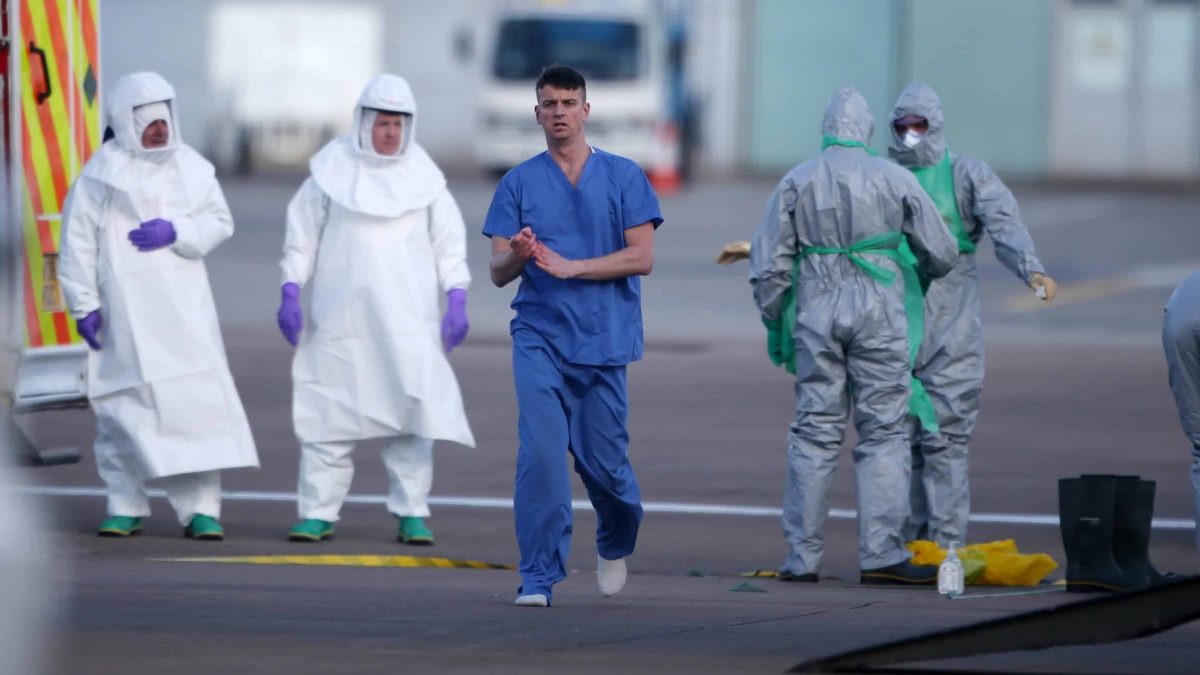 Five people are being tested for suspected coronavirus in Scotland, according to the Scottish Government.

While none of the cases have been confirmed so far, two had been diagnosed with influenza after travelling to Wuhan, China, where the outbreak is thought to have originated.

The other three are “undergoing testing on a similar precautionary basis”, a statement said on Thursday evening.

A Scottish Government spokeswoman said: “There are currently no confirmed cases of coronavirus (WN Co-V) in Scotland and the risk to the Scottish public remains low.

“Following travel to Wuhan, China, two people confirmed as diagnosed with influenza are now being tested for Wuhan novel coronavirus as a precautionary measure only.

“As the situation develops we will update should there be any confirmed cases of coronavirus, rather than provide a running update on cases being considered on a precautionary basis.”

An incident management team is working with Health Protection Scotland to monitor any other potential cases.

Professor Jurgen Haas said three of the cases are in Edinburgh with one believed to be in Glasgow.

The head of infection medicine at the University of Edinburgh also said: “The situation will be pretty similar in pretty much all UK cities with a large number of Chinese students.”

A spokeswoman for the University of Glasgow said that while there was a partnership agreement with Zhongnan University in Wuhan, “all our Chinese students on this programme (in Glasgow) are currently studying at the university and in good health”.

She added: “No University of Glasgow students attend university in Wuhan.”

The University of Aberdeen also has a partnership with Wuhan University, but was not aware of any students in the region.

A spokesman said: “The university is aware of five members of staff who have visited Wuhan during the outbreak, four of whom returned to the university three or more weeks ago.

“Advice regarding travel precautions has been issued to staff and students in line with Government guidance.”

A spokesman for the University of Dundee said it has issued advice to students recently in China and said they should be careful if receiving items, especially food, from areas where the virus is present.

It runs a joint education partnership with Wuhan University and 34 students on the programme arrived in Dundee in September.

First Minister Nicola Sturgeon was questioned about the risk to people in Scotland at First Minister’s Questions in the Scottish Parliament on Thursday.

She said the situation is being closely monitored, adding: “I should say that the risk to the public here in Scotland – and indeed the UK – is currently classified as low but that is kept under review.”

Scottish Liberal Democrat health spokesman Alex Cole-Hamilton said: “This is a global news story and there will be significant public interest in knowing that this virus will be kept under control.

“The Health Secretary must ensure that the public are kept up to date on progress in tackling this outbreak.

“She will have the full support of the Lib Dems in any measures she needs to put through Parliament.”

The Scottish Government spokeswoman added: “We are co-orientating with Health Protection Scotland a daily incident management team to continue to monitor the situation as it develops, including on the number of any potential cases going forward.

“We have robust arrangements to manage emerging diseases and are monitoring this situation closely.

“We are making appropriate preparations and anyone arriving at Heathrow from Wuhan and transferring to a flight to Scotland will, along with all other arriving passengers, be met by a health team from Public Health England at Heathrow who will check for symptoms.

“The current advice to travellers is against all but essential travel to Wuhan.

“Passengers should take precautions such as practising good hand hygiene, personal and respiratory hygiene, and to minimise contact with birds and animals in markets in Wuhan or elsewhere in China.

“Any travellers returning from Wuhan or elsewhere in China who become unwell, particularly with respiratory symptoms, within 14 days of their return, are advised to call their GP or NHS 111 and report their recent travel.”
Too early to declare coronavirus an international health emergency – WHO

WHO says too early to declare international emergency

The World Health Organisation (WHO) has said it is “too early” to declare an international public health emergency over the coronavirus outbreak as six people are tested for the illness in the UK.

It came after infections expert Professor Jurgen Haas claimed there would likely be “many more cases” around the country.

On Thursday evening, the World Health Organisation said: “The Emergency Committee on the new #coronavirus (2019-nCoV) considered that it is still too early to declare a public health emergency of international concern given its restrictive and binary nature.”

He said 584 cases have been reported to the WHO, including 17 deaths, with 575 of the overall cases and all the deaths reported in China.

Dr Tedros said the fact he was not declaring a public health emergency of international concern (PHEIC) “should not be taken as a sign that WHO does not think the situation is serious”.

He added: “We are aware of media reports of suspected cases in other countries, but those cases are still being investigated.”

Dr Tedros said: “We know that most of those who have died had underlying health conditions such as hypertension, diabetes or cardiovascular disease that weakened their immune systems.

“At this time, there is no evidence of human-to-human transmission outside China, but that doesn’t mean it won’t happen.

“There is still a lot we don’t know. We don’t know the source of this virus, we don’t understand how easily it spreads and we don’t fully understand its clinical features or severity.”

Peter Piot, professor of global health and director of the London School of Hygiene & Tropical Medicine, said there were still “many missing pieces in the jigsaw puzzle”.

He said: “We are at a critical phase in this outbreak. Regardless of the decision not to declare this a public health emergency of international concern, intensified international collaboration and more resources will be crucial to stopping this outbreak in its tracks.

“National authorities and the World Health Organisation will need to continue to monitor developments very closely.

“There are still many missing pieces in the jigsaw puzzle to fully understanding this new virus which is spreading rapidly across China, and most probably around the world.

“Over the coming days and weeks we will know much more, but there cannot be any complacency as to the need for global action.

“The good news is that the data to date suggest that this virus may have a lower mortality than Sars, we have a diagnostic test and there is greater transparency than decades gone by. And that is essential because you cannot deal with a potential pandemic in one country alone.”

There will be more similar cases in ‘many other UK cities’

Prof Haas, head of infection medicine at the University of Edinburgh, said he believes there will probably be similar cases in “many other cities” in the UK.

He told the PA news agency: “We have currently three cases of suspected Wuhan coronavirus in Edinburgh and as far as I understand one case in Glasgow.”

He said the cases emerged overnight, adding: “The situation will be pretty similar in pretty much all UK cities with a large number of Chinese students.

“It’s not too surprising. My suspicion is that there will probably be many more cases in many other cities in the UK.

“None of the cases I know of have been confirmed.”

He said there was only one laboratory testing for the virus, operated by Public Health England (PHE).

The professor said the cases had been flagged up through the PHE infection guidelines as they travelled to Wuhan within the last 14 days and were showing signs of respiratory symptoms.

The Chinese government has effectively locked down Wuhan, cancelling planes and trains there and in the nearby city of Huanggang.