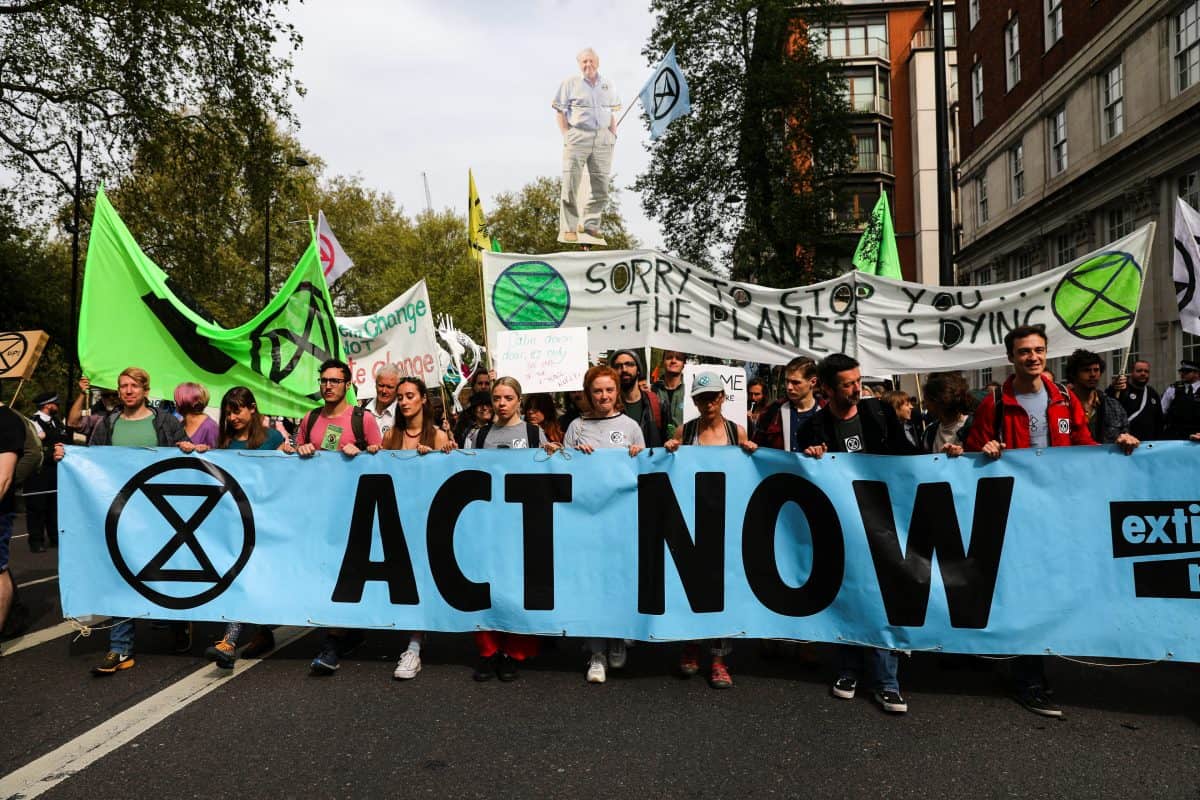 The Ministry of Defence has retreated over plans to invite a leader of Extinction Rebellion – activists branded “criminals” by the Home Secretary” – to talk to future Army leaders.

The Centre for Army Leadership (CAL) had said on Monday that Chris Taylor, part of XR’s “vision sensing group”, would deliver a speech at a leadership conference next month.

But the unit was forced into a screeching U-turn on Tuesday, fearing criticism from ministers. “While the CAL encourages diverse thinking and alternative views, we recognise the challenge of inviting a member of XR to speak at our conference,” it tweeted. “At the direction of the Army’s Director Leadership, Chris Taylor will no longer attend.”

An Army source told the i newspaper: “The intent was to seek broad and diverse views but on reflection it is clear that the Army cannot align itself with any organisation (however noble its purported aims) that uses tactics or methods that break the law.”

Taylor was invited despite Priti Patel labelling XR “criminals” and branding them an “emerging threat” who are seeking to “disrupt our free society”.

The about-face comes despite the MoD website claiming the CAL “exists to champion army leadership excellence in order to optimise the Army’s edge and underpin operational success”.

The website also claims the group aims to “stimulate debate, awareness and critical thinking” and is “committed to the betterment of the whole army – all ranks, Regular and Reserve, through-life – and, altruistically, wider society”.

The leadership meeting will be held on 1 December and will be attended by figures such as Olympic hockey winner Kate Richardson-Walsh and author Simon Sinek.

Earlier this year, Patel vowed not to stand by as XR uses “dangerous tactics in the name of environmentalism”.

The group staged “protest of one” road blocks at the time, to demonstrate against the Government’s lack of action on climate change.

Morgan Trowland, 38, glued himself to London’s Tower Bridge, prompting City of London Police to close it to southbound traffic.

Trowland, a civil engineer from Hackney, east London, said: “I’m terrified that billions will die because of the climate crisis, humans and non-humans.

“I’m freaking out that many people are accepting this, or feel powerless to change the course. I want to show onlookers that we each have phenomenal power.”

He said: “I’m terrified that our climate targets are empty promises.

“We have targets for 2050 but we are still increasing emissions today. The government has made inexcusable Covid mistakes. I’m terrified that they will be even worse on the climate crisis.”

He added: “I am desperate. I write, lobby and support green politics but see nothing real happening.

“So I am sitting in the road today with a notice saying I am terrified. I am sorry to disrupt ordinary people but I do not know what else to do.”But Patel slammed XR in The Sun, saying: “I would not be delivering on my promise to the law-abiding majority if I stood by as Extinction Rebellion deployed dangerous tactics in the name of environmentalism.”