One protestor, who glued himself to Tower Bridge, said: “I’m terrified that billions will die because of the climate crisis, humans and non-humans." 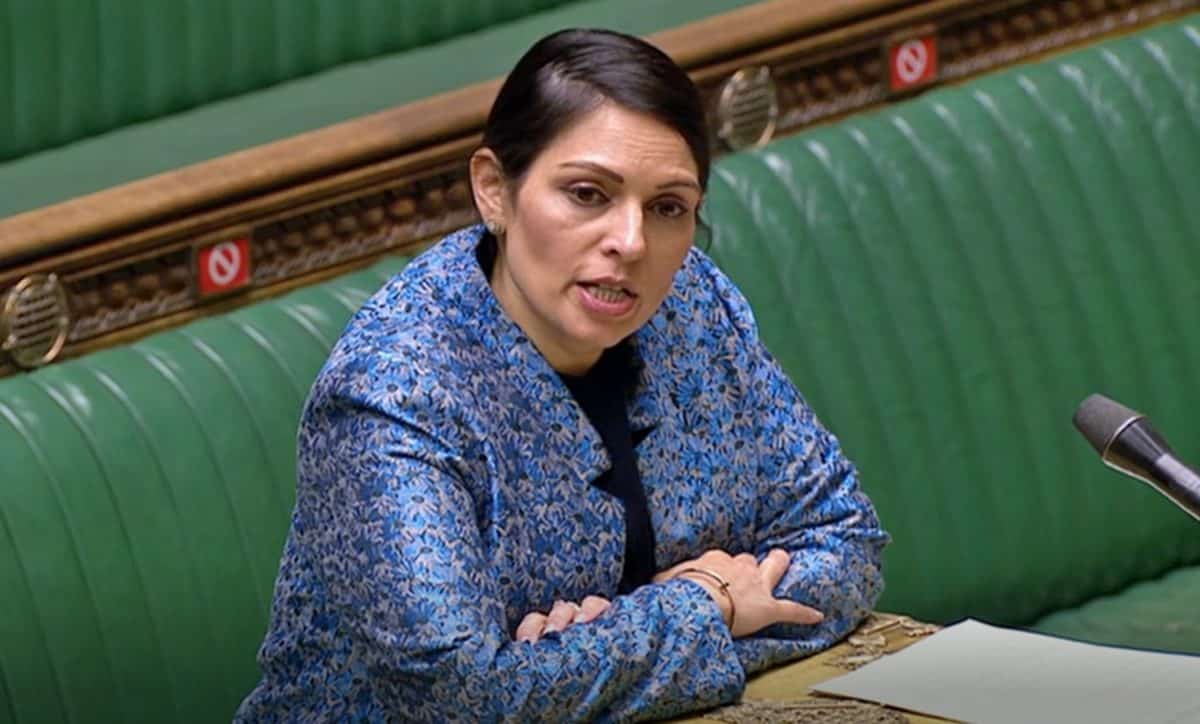 Home Secretary Priti Patel has vowed not to stand by as pressure group Extinction Rebellion (XR) uses “dangerous tactics in the name of environmentalism”.

The group staged “protest of one” road blocks on Saturday to demonstrate against the Government’s lack of action on climate change.

Morgan Trowland, 38, glued himself to London’s Tower Bridge, prompting City of London Police to close it to southbound traffic.

Mr Trowland, a civil engineer from Hackney, east London, said: “I’m terrified that billions will die because of the climate crisis, humans and non-humans.

“I’m freaking out that many people are accepting this, or feel powerless to change the course. I want to show onlookers that we each have phenomenal power.”

Mr Trowland was later arrested and charged with obstruction of a highway.

Another man blocked Blackfriars Bridge holding a placard reading: “I’m terrified billions will starve while our Government refuses to act on the climate crisis.”

“I’m terrified billions will die because of the #ClimateCrisis, humans and non-humans. I’m freaking out that many people are accepting this, or feel powerless. I want to show onlookers that we each have phenomenal power.” Morgan, civil engineer, #RebellionOfOne on Tower Bridge pic.twitter.com/1ikoUPosMB

He said: “I’m terrified that our climate targets are empty promises.

“We have targets for 2050 but we are still increasing emissions today. The Government has made inexcusable Covid mistakes. I’m terrified that they will be even worse on the climate crisis.”

He added: “I am desperate. I write, lobby and support green politics but see nothing real happening.

“So I am sitting in the road today with a notice saying I am terrified. I am sorry to disrupt ordinary people but I do not know what else to do.”

Ms Patel criticised XR just days after six Extinction Rebellion protesters were cleared of causing criminal damage to Shell’s London headquarters despite the judge directing jurors they had no defence in law.

She told The Sun on Sunday: “I would not be delivering on my promise to the law-abiding majority if I stood by as Extinction Rebellion deployed dangerous tactics in the name of environmentalism.”

Saturday’s protests coincided with a number of demonstrations against the Police, Crime, Sentencing and Courts Bill. Thousands of protesters congregated around Trafalgar Square and the Mall for the “Kill the Bill” demonstration from midday on Saturday.

Later in the afternoon, the demonstrators headed towards the Home Office.

The Bill was drafted partly in response to previous disruptive action by both groups.

Pragna Patel, director of Southall Black Sisters, said: “The bill represents a massive assault on civil liberties and it’s part of a wider trend on the part of the government to shut down free speech, shut down protest, shut down dissenting voices. In a sense it’s an attack on a fundamental democratic value, which is the right to raise our voice in criticism, in protest, in dissent.

“We are really, really alarmed by the government’s thrust towards authoritarianism. This represents one in a long line of draconian laws which the government is bringing in which will impact on our fundamental rights.”

Writing in the Sunday Telegraph, Ms Patel said: “The powers will help the police to balance the rights of protesters to demonstrate peacefully against the rights of others to go about their daily business, and to dedicate their resources to keeping the public safe.

“That is democracy in action.”

Related: Watch- May Day protesters gather in London for biggest Kill the Bill protest so far