Mindless vandals snap entire row of trees in half

“To vandalise a single tree is bad enough but to destroy an avenue of thirteen trees one after the other is staggering." 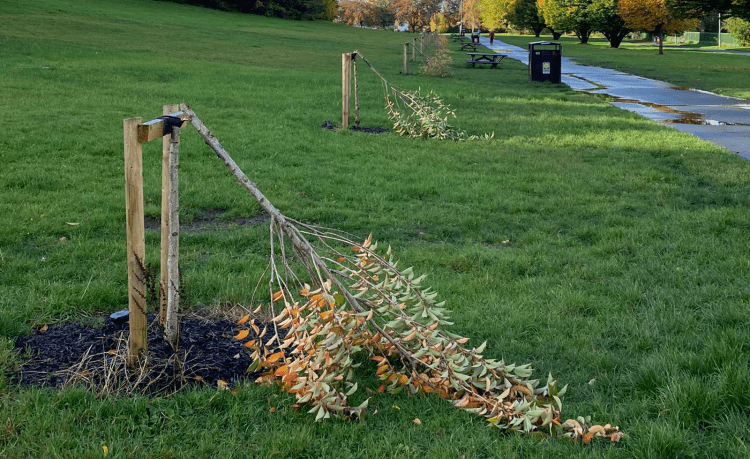 Council chiefs have blasted mindless vandals after they snapped an entire row of trees in half in a public park.

More than a dozen trees were targetted in Glasgow’s Bellahouston Park on Monday, leading to dismay on social media.

It is understood that the trees are Prunus Kanzan, a type of cherry tree, and they were planted by Scottish Water after they undertook restoration works in the park last year.

Reports of the vandalism began to circulate on social media on Monday evening, and devastating images taken on Wednesday afternoon show the row of trees brutally snapped in identical places.

Stephen Egan, head of parks and streetscene, said: “Only the culprit can explain what was going through their mind when they committed this bizarre act of vandalism.

“To vandalise a single tree is bad enough but to destroy an avenue of thirteen trees one after the other is staggering.

“That this crime was committed in broad daylight in view of other park users is troubling.

“These trees would have created a spectacular display of blossom in spring and any park user will be as shocked as I am about their destruction.”

The incident has since been reported to the police and a full investigation has been launched.