Footballers, police officers and protesters around the world have been pictured taking a knee since the death of George Floyd in the US. 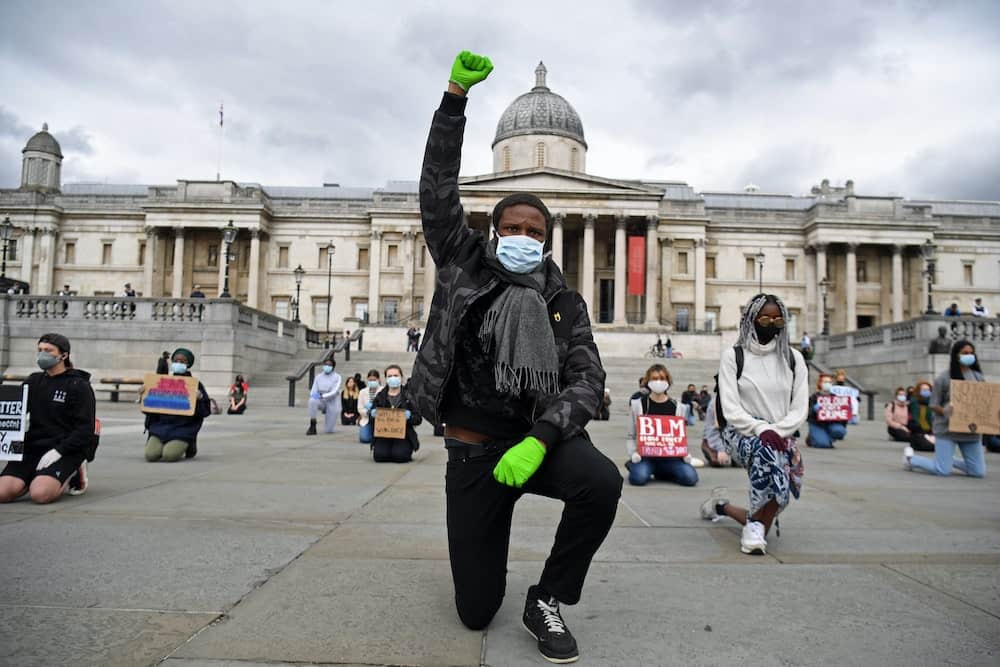 Military personnel have been told they cannot “take the knee” to show solidarity with the Black Lives Matter (BLM) movement while in uniform.

The guidance was issued to personnel at the Royal Navy’s onshore training base HMS Sultan in Gosport, Hampshire, a defence source said.

The policy was implemented at a “very local level” at the base and was not issued by the Ministry of Defence (MoD) as part of wider guidance, the source added.

It also only applies to military personnel who are in uniform.

The defence source said: “There is a long standing policy in the armed forces that no member who is wearing uniform or is on duty is allowed to attend political protests or marches of any kind.”

Footballers, police officers and protesters around the world have been pictured taking a knee following the death of George Floyd in the US state of Minnesota.

The pose has come to be recognised as a symbolic act in opposing racism in the last couple of years, and originated in American football.

The MoD said it does “not tolerate racism” and instead “promotes diversity and equality”.

“The recent protests have reminded us that we all have a role to play shaping a better society,” an MoD spokeswoman said.

Foreign Secretary Dominic Raab was heavily criticised in June after he suggested “taking the knee” was a symbol of subjugation which originated in TV drama Game Of Thrones.

Mr Raab told talkRadio said he would not take the knee in support of the Black Lives Matter movement, saying he only kneels for “the Queen and the missus when I asked her to marry me”.