WATCH: Journalist Mike Parry said on TV that "minorities must be squashed" and even showed how that should be done. 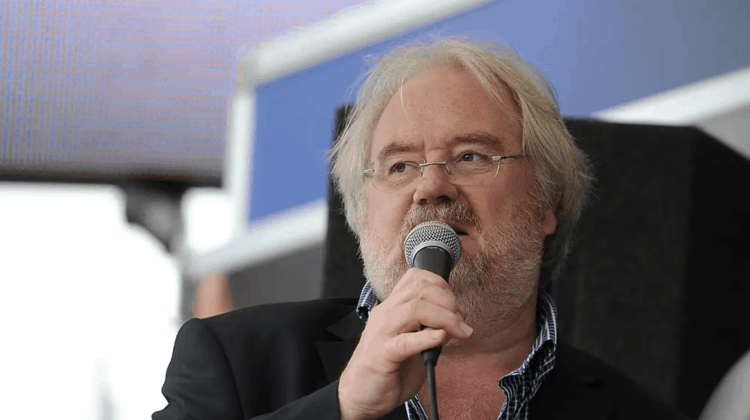 Mike Parry’s has been described on his Wikipedia page as ‘juicy gammon joint’ after saying on TV that minorities must be ‘squashed’.

The 66-year-old journalist even showed during Channel 5’s Jeremy Vine show how that should be done, by slapping the desk he was sat at.

Parry was discussing with fellow journalist Yasmin Alibhai-Brown about Insulate Britain activists blocking the motorway during their climate change protests.

Alibhai-Brown said we “have to put up” with the protests, amid promises by Tory ministers that they would act against protesters.

She added: “When the farmers took to the roads, none of the traditional right-wing papers objected in the way they’re objecting.”

Parry replied: “Not to the detriment of millions of others.

“The problem in this country in all areas is that minorities always get the upper hand ‘cause we’re so tolerant and minorities have to be squashed – like that! So that the rest of society can operate normally.”

Parry later tweeted: “Can I explain please the context of my comment on the Jeremy Vine show this morning, ‘Minorities have to be squashed.’ It sounds brutal in isolation but it was directly aimed at the M25 protestors and OTHER minority groups who’ve had a disproportionate effect on life.”

He added: “I do not regard anybody who is not my religion, creed or colour as a person in a minority group. I’m not even aware that I live in a mixed race society. I just live in our society. To link my ‘minorities’ comment to ethnicity is just silly… I don’t think like that.”

Jeremy Vine defended Parry on Twitter, by backing the argument that he was not talking about ethnic minorities, but he later deleted his tweet.

Since Parry’s comments, there have been a lot of reactions.

LBC presenter James O’Brien said: “Big moment this. Textbook fascism on national TV, a major BBC presenter (albeit moonlighting on Channel 5) waving it through and a government that wants Paul Dacre to head up Ofcom.

“How many of us expect meaningful consequences?”

And presenter James Wong added: “Just a dude on breakfast telly telling a woman of colour that ‘minorities have to be squashed’.”

Parry’s Wikipedia page has been edited since his comments, to say he is an “English journalist, juicy gammon joint and radio presenter”, a move which received praise on Twitter.

Related: EXCLUSIVE: Campaign launched for all residents to vote in local elections