Such hits as "Vote May or we face disaster" and David Cameron is "our only hope" have come back to haunt Liz Truss's press lapdogs. 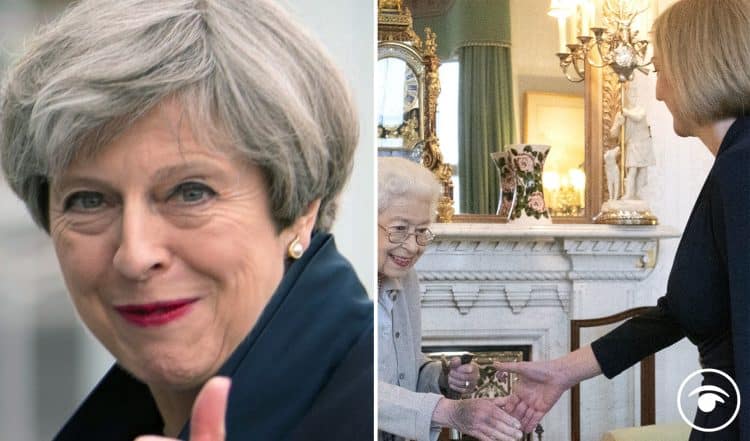 The Daily Mail and Daily Express have pinned their hopes on Liz Truss being the new Maggie Thatcher.

This was the Mail’s front page:

And this is how the Express welcomed her into the top job:

Liz Truss has become the UK’s third female Prime Minister after meeting the Queen at Balmoral.

She will head to Downing Street to deliver her first speech in office, just hours after Boris Johnson used his farewell address to pledge “fervent support” to his successor.

The Prime Minister followed Mr Johnson to the Queen’s Scottish estate and, shortly after he tendered his resignation, she had an audience with the monarch to become the 15th premier of her reign.

Ms Truss will begin putting in place her team of officials and ministers, with key allies and supporters already pencilled in for some of the most senior roles, including Business Secretary Kwasi Kwarteng who is widely expected to be given the crucial role of chancellor.

But people were quick to point out that these papers have pinned their hope on previous candidates and, let’s be honest, it hasn’t worked out.

Nobody says Theresa May was an ‘iron lady’ during her time as PM.

Over to Trevor Noah to sum it all up…

Related: Joe Lycett debate spills into Commons as MPs fume at BBC for booking him