"I have obtained an exclusive image of Robert Walpole clearly enjoying himself in Downing Street - the scene of riotous lockdown parties only 300 years later," wrote one person in response. 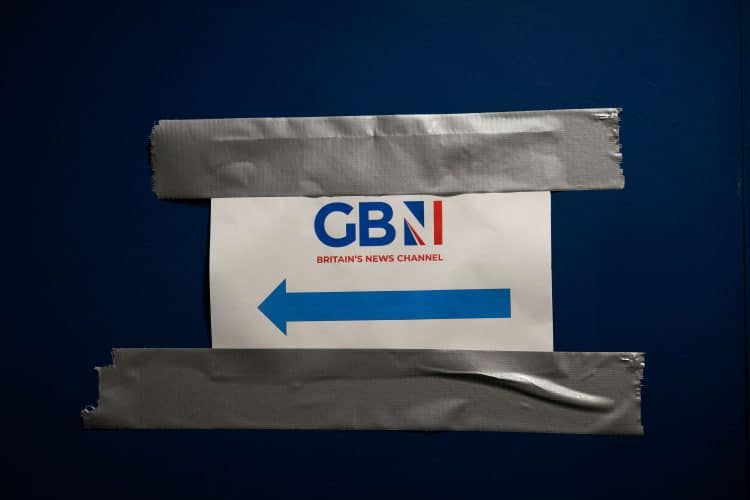 As Westminster worked itself into a frenzy over Boris Johnson’s future on Monday, GB News went into bat for the prime minister by posting its very own Partygate exclusive.

But there’s a catch. The party took place pre-pandemic.

Still, that didn’t stop Harwood tweeting: “I have obtained an image of Sue Gray – whose report criticised the Downing Street drinking culture – singing karaoke at a boozy Whitehall pre-pandemic bash. The picture reveals the senior civil servant enjoying the same karaoke machine cited in her own report.”

The news story itself reports that Gray “appears to be singing You’re The One That I Want by John Travolta and Olivia Newton-John from Grease”. And, according to Harwood, it “illustrates a culture within Whitehall that Ms Gray criticised when she wrote in her recent report’s general findings that “excessive consumption of alcohol is not appropriate in a professional workplace at any time”.”

GB News quotes a Downing Street source as claiming the pre-pandemic photo is important because “it gives a sense of the prevailing culture of the place and you know, that, that was how it was pre-pandemic and it continued into the pandemic.

“And it shouldn’t have continued into the pandemic but it was something that was there before and it didn’t necessarily arise from the pandemic.

“We didn’t suddenly think – everyone else is having a miserable time, we’re gonna have a great time – that’s not how it worked.”

Still, that didn’t stop Twitter tearing into Tom. Here are some of the best reactions.

Related: Nadine Dorries’ ‘only in Britain’ tweet brought in some epic clap backs