Burger King has been credited for “joining the anti-fascist resistance” after tweeting that it would still be selling milkshakes in Scotland despite a police-enforced McDonald’s ban on them near a Nigel Farage rally. The firm’s main UK Twitter account – which posted the most ‘liked’ branded tweet of all-time last year when it took down […] 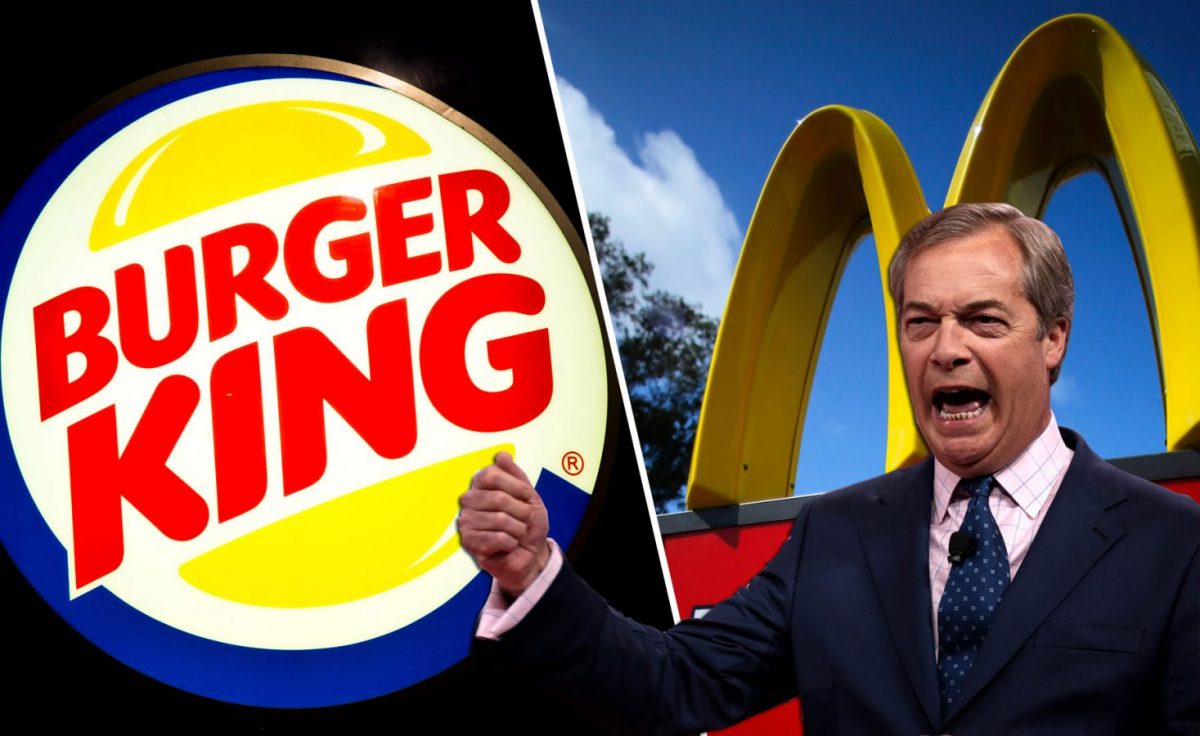 Burger King has been credited for “joining the anti-fascist resistance” after tweeting that it would still be selling milkshakes in Scotland despite a police-enforced McDonald’s ban on them near a Nigel Farage rally.

The firm’s main UK Twitter account – which posted the most ‘liked’ branded tweet of all-time last year when it took down Kanye West – posted to the “people of Scotland” that they would be selling milkshakes all weekend following news that police had ordered a McD’s to stop selling them.

Farage was holding an event in Edinburgh on Friday ahead of next week’s European elections, but there were concerns that the pro-Remain voting country could react with anger following a flurry of incidents which have left prominent far-right activists doused in the creamy liquid.

Both Tommy Robinson and Ukip candidate Carl Benjamin have been sprayed with milkshake in the run-up to the elections. A McDonald’s outlet put a notice in their window saying: “We will not be selling milkshakes or ice cream tonight. This is due to a police request given recent events”.

Burger King said it would still be selling shakes, but advised consumers to “drink responsibly”. Their initial tweet has been liked almost 100,000 times so far, with Owen Jones crediting them for joining the anti-fascist resistance.