'London will never be intimidated by terrorism.' London Mayor says we must take 'inspiration from the lives of Jack and Saskia who dedicated themselves to helping others' at a vigil to honour the victims of the London Bridge atrocity. 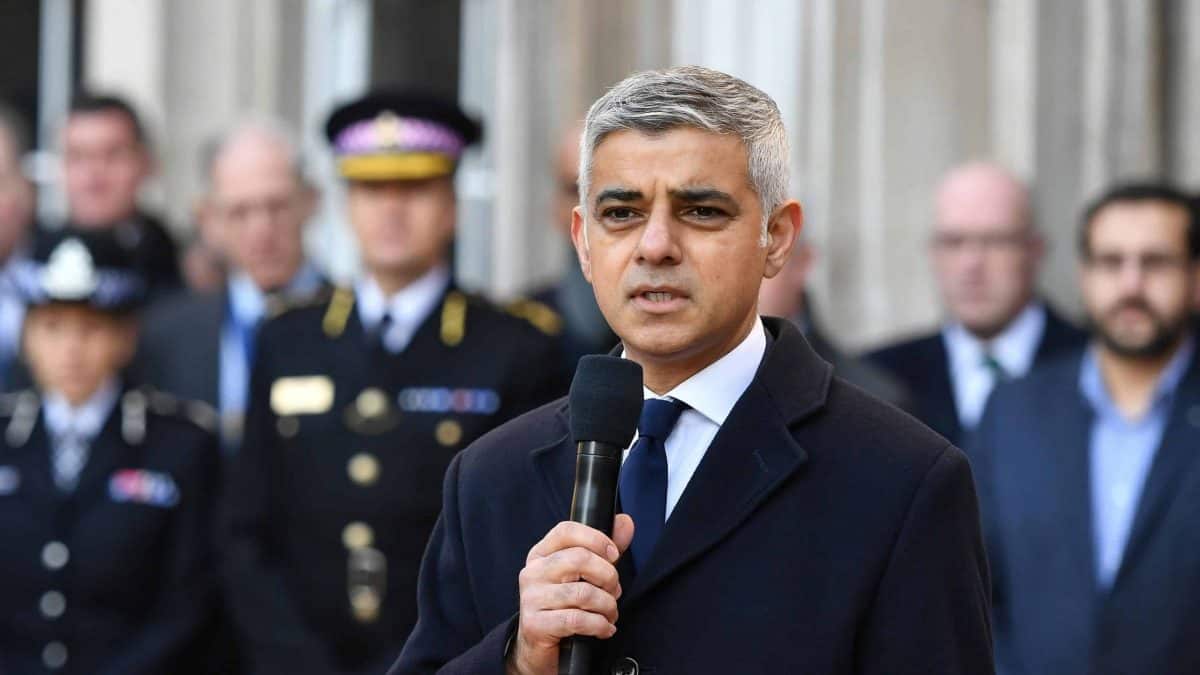 Sadiq Khan called on Londoners to come together “in a spirit of defiance” against terrorism during a vigil for the victims of Friday night’s attack.

The London Mayor was joined by Prime Minister Boris Johnson and Labour leader Jeremy Corbyn at the memorial to Jack Merritt and Saskia Jones in Guildhall Yard in the City of London on Monday morning.

After a minute’s silence at 11am, Mr Khan said: “We come together this morning as Londoners to remember, to honour and to mourn the innocent lives lost as a result of this horrific terrorist attack on Friday.

“The best way to defeat this hatred is not by turning on one another but by focusing on the values that bind us.”

The mayor thanked the public and members of the emergency services who “ran towards danger, risking their lives to help others they didn’t even know”.

Mr Khan called on Londoners to “draw inspiration from the lives of Jack and Saskia who, from a very early age, chose to dedicate themselves to helping others”.

He added: “We come together in condolence but also in a spirit of defiance to say that London will never be cowed or intimidated by terrorism.”

The ceremony was led by Bishop of London Sarah Mullally, and Mustafa Fields, director of multi-faith organisation Faith Forums for London, also spoke.

Mr Fields offered prayers for the victims and emergency services and “all the Muslims grieving at the attacks in the name of their faith”.

After the vigil, those present entered the Guildhall to sign a book of condolences to the victims.