Footage has emerged of standstill traffic this weekend. 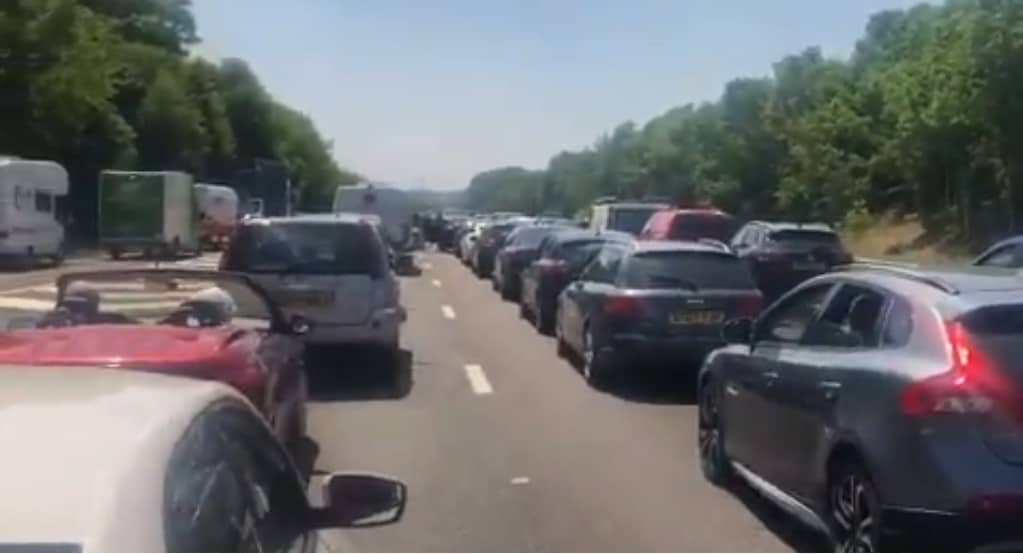 Major roads ground to a standstill this weekend as reports of heavy traffic resurfaced after weeks in lockdown.

A crash between junction three for Lightwater/Bagshot and junction two for the M25 interchange caused a serious build up of traffic.

It comes amid reports of increased traffic elsewhere.

Clear advice that “applies to all”

One of the Government’s top medics today made clear that the coronavirus lockdown rules are clear and apply to everybody.

Deputy chief medical officer for England, Professor Jonathan Van-Tam made the remark when asked whether people in authority should lead by example and obey the rules following a week of pressure on the Government over the actions of Boris Johnson’s chief aide.

Speaking at the Downing Street daily briefing, Professor Van-Tam said : “In my opinion the rules are clear and they have always been clear.

“In my opinion they are for the benefit of all.

“In my opinion they apply to all.”

Prof Van Tam said he was happy to answer a question on the issue, something chief medical officer Professor Chris Whitty and chief scientific adviser Sir Patrick Vallance have previously refused to do.

Culture Secretary Oliver Dowden was also asked about the public reaction over Mr Cummings, who travelled to Durham from London while the most stringent lockdown measures were in place, after an online petition attracted more than a million signatures.

Mr Dowden said: “Dominic Cummings gave a very extensive explanation of his behaviour on Monday and answered all questions in relation to that.

“The Prime Minister accepted that explanation and on that basis kept him in post and that remains the position.”

He added: “I understand that people have a range of views in respect of it.

“It is worth noting that Durham Police have made their statement in respect of that in terms of not taking any further action.”