“I’m worried in the future, will it ever actually come to social care? Because we’re talking three years down the road and we might have an election at that time, so it’s very concerning," said Mike Padgham, chairman of the Independent Care Group 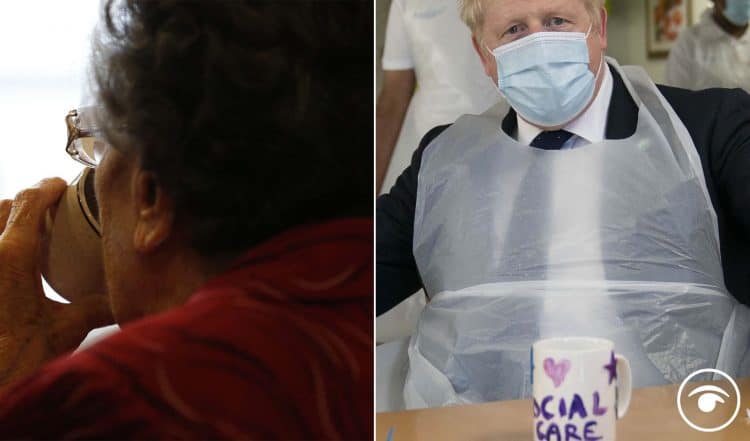 The Government will be keeping a “really close eye” on how extra funding will be spent by the NHS, a minister has said, amid fears cash eventually destined for social care could be swallowed up by the health service.

Boris Johnson saw off a potential Tory rebellion on Wednesday over his plan to bring is £12 billion extra a year for the NHS and adult social care through a rise in national insurance.

Under the plans announced by the Prime Minister the NHS will get the bulk of the £36 billion raised in the first three years, with £5.4 billion for social care in England.

That balance is expected to tip towards social care in subsequent years as the £86,000 cap on costs introduced from October 2023 starts to require funding.

But MPs and experts have raised concerns that little might be left available for social care in three years time.

And these concerns were compounded by reports that the health service was advertising for dozens of managers on salaries of up to £270,000.

The Telegraph reported that chief executives of the 42 new integrated care systems around the country would be paid an average of £223,261.

Asked on Sky News about the reports, care minister Helen Whately said: “People working in the NHS in those kinds of roles are taking on a lot of responsibility, they’re big jobs, and they’re moving from having more senior managers in the NHS to fewer through doing this, the NHS reckons that it needs to have that level of pay to have the right people in those jobs.

“But I do think the Government keeps a really close eye on making sure that NHS money is spent carefully and appropriately because we want as much of the funding as possible to go to the front line.”

Speaking on LBC she added: “I think salaries at this level absolutely should be scrutinised.”

The Institute for Fiscal Studies has suggested that the experiences of the past 40 years showed that NHS spending plans are almost always topped up, meaning that health would continue to require the bulk of the revenue raised by the new tax.

Health Secretary Sajid Javid insisted that “more and more” of the money raised by the levy would go towards social care in future years.

But the fears were too acute for some Tories, who could not support the Government’s plans in the Commons on Wednesday evening.

Conservative Jake Berry (Rossendale and Darwen) said he was “very concerned that this tax is not really a health and social care tax, it’s actually a Trojan horse for an NHS tax”.

“So if you create an NHS tax, you have an NHS tax forever it will never go down, it can only go up.

“No party is ever going to stand at an election and say ‘I’ve got a good idea, vote for me I’ll cut the NHS tax’.

“So I just think there’s huge danger for us in creating such a hypothecated tax and having it on people’s payslips.

“It is fundamentally un-Conservative and in the long-term it will massively damage the prospects of our party because we will never out bid the Labour Party in the arms race of an NHS tax and that’s why I don’t think this is the right way to do it.”

Mr Berry abstained from the vote, while former cabinet minister Sir John Redwood was one of five MPs to vote against the plans.

He told MPs: “I understand that for a couple of years this tax revenue goes to the NHS, not to care, in order to get the waiting lists down.

“By how many will the waiting lists be reduced? What is the plan for using this money to actually cut them?”

While Mike Padgham, chairman of the Independent Care Group, had said: “I’m disappointed that the vast majority of the money that’s been allocated seems to be going to the NHS first, leaving social care with very little.”

He added: “I’m worried in the future, will it ever actually come to social care? Because we’re talking three years down the road and we might have an election at that time, so it’s very concerning.”

Amid the concern, Ms Whately said the NHS must justify instances where unusually high salaries are paid.

Speaking on Times Radio on Wednesday she would not be drawn on individual roles, but said she was concerned about if, for example, chief executives were on “exceptionally high levels of pay”.