Firefighters have called for anyone with a high-rise cherry picker to call them on 999. 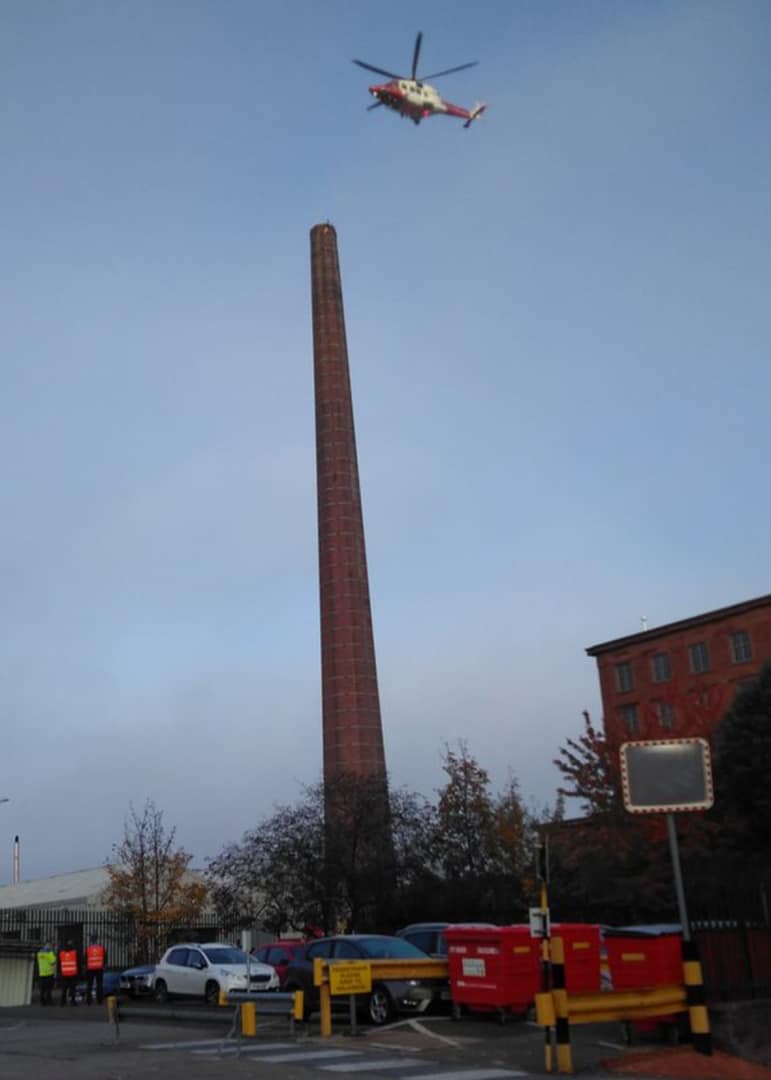 Fire chiefs have made an urgent public appeal for a high-rise cherry picker to help rescue a man stuck upside down 270ft up a chimney.

Footage from the scene appears to show a figure, upside down with his legs in the air, at the top of Dixon’s Chimney in Carlisle, Cumbria.

A cherry-picker, or aerial work platform, has been called for by Cumbria Fire and Rescue Service to help get the man down safely.

A Coastguard helicopter has been hovering close to the chimney top with police, fire and ambulance services scrambled to the scene below.

There is no information on how, or why, the man came to be trapped up the chimney.

Roads around the structure, a prominent local landmark which was built in 1836, have been closed.

Local reports said shouts and wailing could be heard coming from the chimney in the early hours of this morning before police arrived on the scene.

As early morning mist cleared, the figure could be seen at the top.

Cumbria Fire and Rescue area manager John McVay said: “This is a very complex and difficult process given the obvious dangers to the man and the extreme difficulty in gaining access to him in a way which will keep him and emergency services safe.

“I can assure the public that the emergency services are working tirelessly and effectively together to resolve this issue safely for all and that the protection of life is our first priority.

“I ask people impacted by the incident and the road closures to continue to show patience.

“I’d also like to ask anyone who has a cherry picker in excess of 90 metres within Cumbria to please contact Cumbria police or Cumbria Fire and rescue service on 999.”