A 27-year-old man died in hospital after being run over in the early hours of Tuesday morning in Alperton, north west London 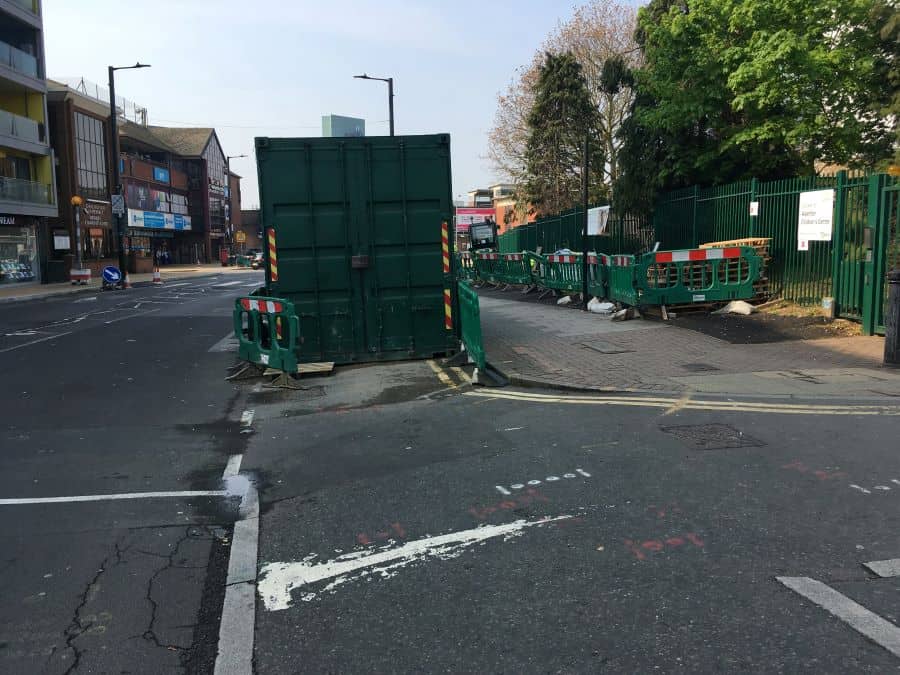 Murder Squad cops were today questioning nine men after a 27-year-old man mowed down during a clash between rival gangs died in hospital.

Violence flared outside Alperton tube station in north west London in the early hours of yesterday.

Police say two men, aged 21 and 27, were taken to hospital after being injured when a car was deliberately driven at them.

The 21-year-old was discharged after treatment, but the older man’s condition deterorated and he died in hospital last night.

Nine men arrested at the scene on suspicion of affray remain in custody.

Police say six of them have since been further arrested on suspicion of murder.

Today blood stains could be see on the busy street where the fight erupted outside the station, and opposite Alperton Children’s Centre.

Police are appealing for witnesses.

A Scotland Yard spokesman said: “A murder investigation has been launched after a violent altercation left one man injured and another man dead.

“Officers were called at 1.28am on Tuesday to outside Alperton underground station.

“Two men, aged 27 and 21, had been injured after a car was driven at them during the incident and both required medical attention.

“The two men were taken to hospital, the 21-year-old man was later discharged. The other man remained in hospital.

“His condition was not initially thought to be life-threatening; however his condition deteriorated and he died in hospital on the evening of Tuesday April 16. His family have been informed.”

He added: “Nine men were arrested at the scene on suspicion of affray and taken to various police stations for questioning. All remain in custody.

“Detectives from the Homicide and Major Crime Command are now leading this investigation and are appealing for information from anyone who was in the area who has information or any passing motorist with dashcam footage to get in touch as a matter of urgency.”