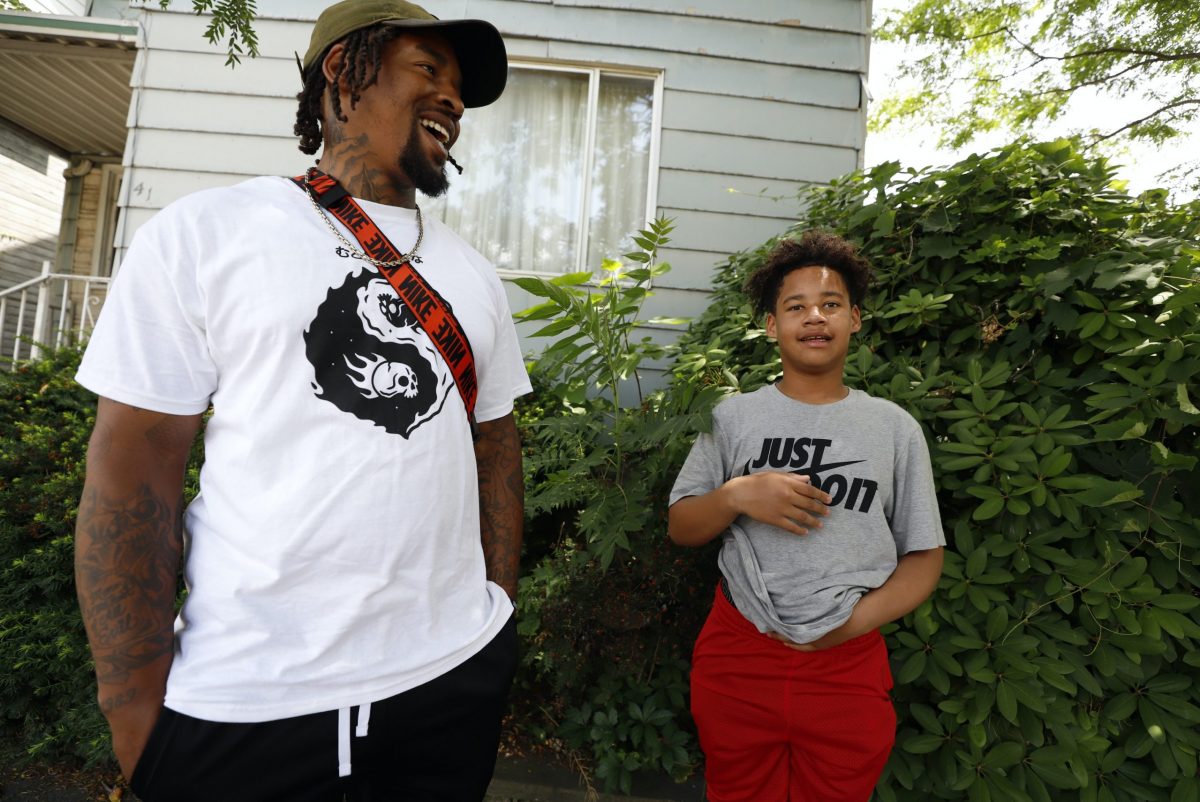 A Pennsylvania man who is suing state police for wrongful arrest after he was imprisoned for a year is being credited with saving a police officer’s life after he helped pull him from a burning car.

Daylan McLee, a 31-year-old black man, said he did not hesitate to save Officer Jay Hanley’s life in Uniontown.

Mr McLee had previously filed a wrongful arrest lawsuit against Pennsylvania state police after he spent a year in jail before being acquitted, after video proved that he had disarmed a gunman, and not pointed a gun at officers, during an incident outside a bar in 2016.

He said he wants more people to look at individuals, and not judge all police based on one interaction.

During the incident on Sunday night, Mr McLee said he thought a small earthquake had taken place, until a relative came running inside his house to say there had been a car crash involving a police cruiser outside the apartment in Uniontown, about 45 miles south of Pittsburgh.

Mr McLee ran outside and pulled Officer Hanley from the mangled patrol car as flames began to spread into the cabin.

Police officials and others have credited Mr McLee with saving the officer’s life after the Sunday evening crash.

“I don’t know what came across me, but I ripped the door open and just pulled him to safety across the street,” Mr McLee said.

Protests over police brutality following the death of George Floyd in Minneapolis have laid bare tensions between US police and the communities they serve, exposing grave mistrust by civilians, and frustration by law enforcement officers who say they are being portrayed in a false light.

But for Mr McLee, the issue broke through the larger questions on race and policing; it was about saving a life.

Uniontown Police Lt Thomas Kolencik’s voice cracked as he told WTAE-Pittsburgh at the scene on Sunday that the department was thankful Mr McLee was nearby when the crash happened.

Several of Officer Hanley’s relatives have thanked Mr McLee on social media, noting that the officer is undergoing surgery after the crash for a serious leg injury.

Mr McLee said Officer Hanley’s sister had called to thank him, along with a handful of officers and even the police chief.

The 31-year-old said it was not a complicated decision to help another human being. But even some of his close friends wondered if he hesitated because of his previous interactions with law enforcement.

He said: “No. There is value in every human life. We are all children of God and I can’t imagine just watching anyone burn.

“No matter what other people have done to me, or other officers, I thought: ‘This guy deserves to make it home safely to his family.’”

Mr McLee filed a lawsuit in late 2018 against four Pennsylvania state police troopers for wrongful arrest after he spent a year in jail related to a March 2016 fight outside an American Legion bar.

He had rushed to the bar in Dunbar, Pennsylvania, after his sister called saying she needed a ride home because a fight had broken out. When Mr McLee arrived, he disarmed a man who was standing in the car park with a gun, before throwing the weapon aside.

At least one trooper fired shots at Mr McLee as he fled. The trooper said Mr McLee pointed a weapon at him twice, but security footage showed McLee disarming the man, discarding the gun quickly and fleeing when shots were fired.

Related: This graph explains everything you need to know about the politics of our times