All four were alone when knifeman struck from behind 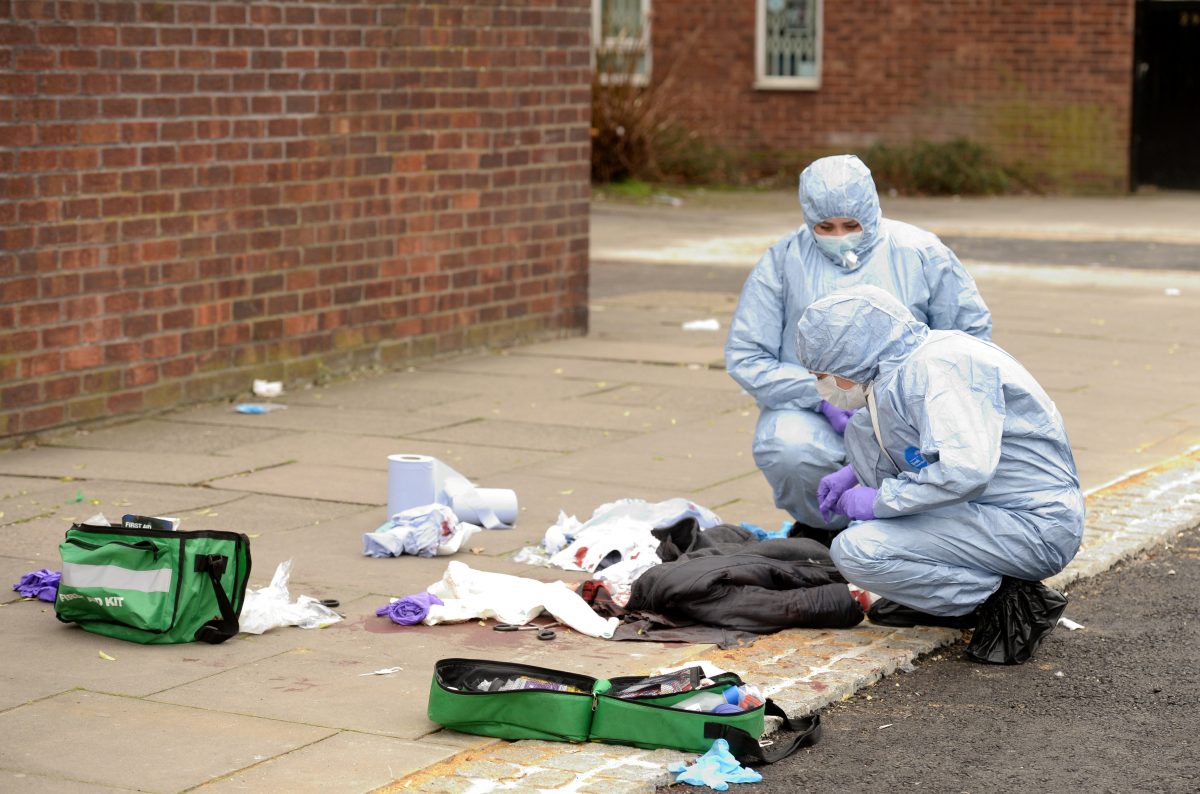 A man was caught on CCTV limping down Park Avenue at around midnight during a London stabbing spree.

A local cafe owner said police called into his cafe this morning to check the CCTV which looks into Park Avenue.

The man was believed to have been the second victim of a knifeman who struck four people walking alone within a half mile radius of each other over 15 hours.

He was repeatedly stabbed four hours after a woman, 45, was left fighting for her life after being stabbed in the back in nearby Aberdeen Road, Edmonton.

The man was attacked at 0.15am on Sunday.

The 50-year-old, from Enfield in north London, said: “It has all gone crazy.

“Last night there was a guy walking down here with a limp followed by a couple of others.

“I heard somebody was attacked at the end of Park Avenue and police turned up at around midnight.

“Police came in the cafe this morning and while we were looking at the CCTV, something kicked off off across the road at the estate and he had to go and deal with that.

“Police said it is all linked. They said they believe somewhere between 11.30pm and 00.30am something happened at the other end of Park Avenue.”