Dany Cotton will leave at the end of the month instead of April. 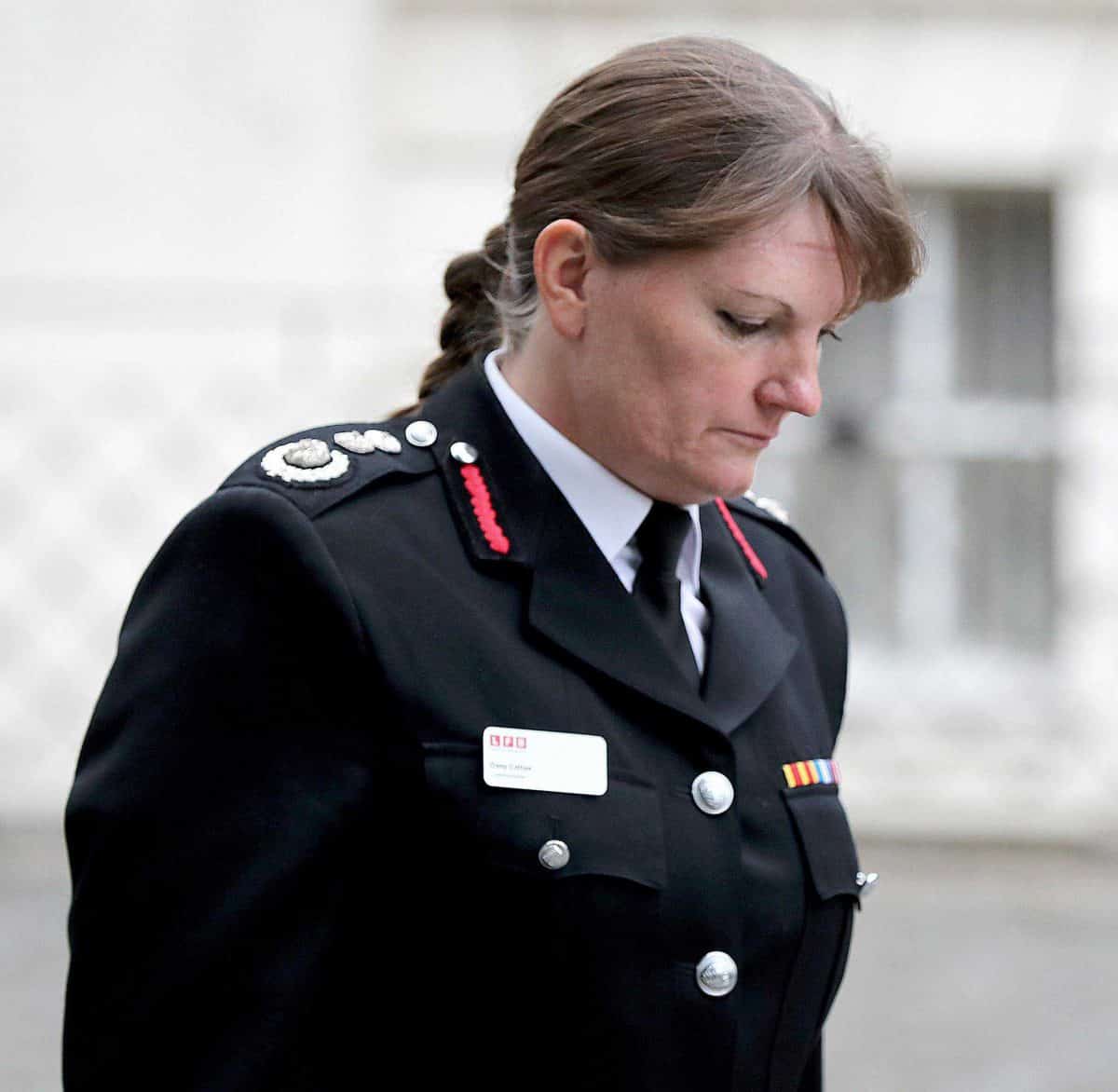 London Fire Brigade Commissioner Dany Cotton is to step down earlier than expected in the wake of criticism over the service’s response to the Grenfell fire.

Ms Cotton, 50, who will leave her role at the end of this month, had been facing pressure to resign from bereaved families and survivors of the blaze following a critical public inquiry report.

The capital’s first female fire chief had been due to retire in April 2020 after 32 years of service.

The first report from the Grenfell inquiry found that the London Fire Brigade (LFB)’s preparation for a tower block fire such as Grenfell was “gravely inadequate” and its lack of an evacuation plan was a “major omission”.

In a statement, the LFB said that following consultation with City Hall it had been agreed that Ms Cotton will bring forward her retirement to the end of this year “to enable a timely handover” to the next commissioner.

Dany Cotton was one of just 30 female firefighters when she joined the London Fire Brigade (LFB) at the age of 18 more than three decades ago.

The 50-year-old started serving at Wimbledon fire station in 1988 and worked her way up to become the UK’s first female station officer within 12 years.

In 2017 she became LFB’s first female Commissioner, immediately encouraging more women to sign up in a bid to make the capital’s brigade more diverse.

Her 32-year career was blighted with tragedy, with the Grenfell Tower fire occurring under her watch just months after she became head of LFB.

The tower block fire in June 2017 – the worst domestic blaze since the Second World War – led to the deaths of 72 people and was described by Ms Cotton as resembling a “disaster movie”.

Ms Cotton, who underwent therapy and suffered traumatic memory loss, said the most difficult moment of her career was when she gave evidence to the public inquiry into the blaze the following year.

The fire chief said the “utter devastation” of the blaze and its impact will never leave her.

She faced criticism and calls to resign from relatives of people who died in the blaze after the inquiry’s first report found more lives could have been saved if the tower had been evacuated sooner.

She also tackled other notable disasters during her decades of service.

Just three months after joining LFB, she attended the Clapham Rail disaster in which 33 people died.

She was also at the blaze near the Olympic Stadium on the evening of the London 2012 closing ceremony, which was attended by 40 fire engines.

In 2017, the brigade under her watch responded to three terrorist incidents in the capital.

She was the first woman to receive the Queen’s Fire Service medal in 2004.