"The longstanding shortage of social housing in the capital has driven up pressures and is the fundamental factor behind London’s appalling homelessness rates." 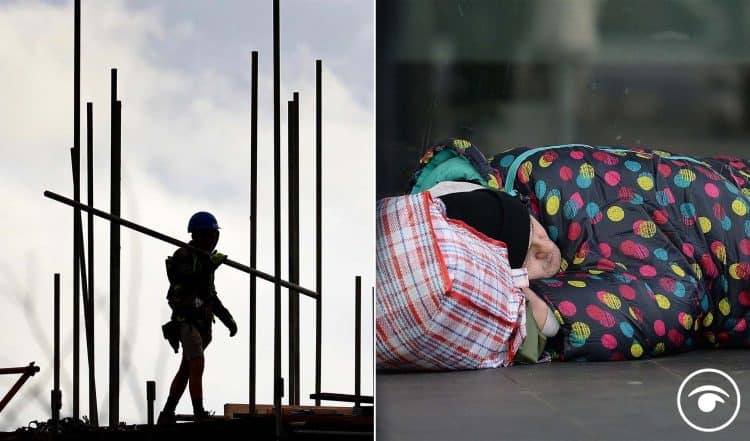 New research from the Local Government Association (LGA) has found that council house waiting lists could double in size by next year as the effects of the Covid-19 pandemic continue to be felt.

Commenting on new research from the Local Government Association warning that council house waiting lists could double by next year, London Councils has highlighted the capital’s skyrocketing homelessness rates and chronic shortage of social housing.

There are currently around 250,000 Londoners on waiting lists for council housing. London is also experiencing the most severe homelessness rates in the country, with 165,000 homeless Londoners living in temporary accommodation arranged by their local borough. The capital accounts for two thirds of all homelessness in England.

London Councils, which represents all 32 boroughs and the City of London Corporation, wants the government’s upcoming Spending Review on 27 October to deliver new local powers and resources to boost housebuilding.

The next round of funding from the programme will see around 30,000 new affordable homes started by 2026 from £3.4 billion of funding.

Cllr Darren Rodwell, London Councils’ Executive Member for Housing & Planning, said: “London is the epicentre of the housing crisis. The longstanding shortage of social housing in the capital has driven up pressures and is the fundamental factor behind London’s appalling homelessness rates.

“Boroughs are determined to turn this situation around, but for too long we’ve lacked the resources required to build housing at mass scale. Giving boroughs these resources is crucial for tackling homelessness and will be a major boost to the post-pandemic economic recovery. We’re urging ministers to listen to councils and use the Spending Review to help us deliver the homes Londoners need.

London Councils’ submission to the government’s Spending Review, which points out that London boroughs have experienced a 25% reduction in funding since 2010, includes seeking:

Increased investment in the Affordable Homes Programme
Long-term certainty over social rents to aid financial planning
Complete flexibility over local use of Right to Buy sales receipts, so that every penny raised from council house sales can be reinvested in building a replacement home.