The annual event began in New York City in 2002 and has since grown into “an international celebration of silliness” according to Improv Everywhere, the group behind the tradition. 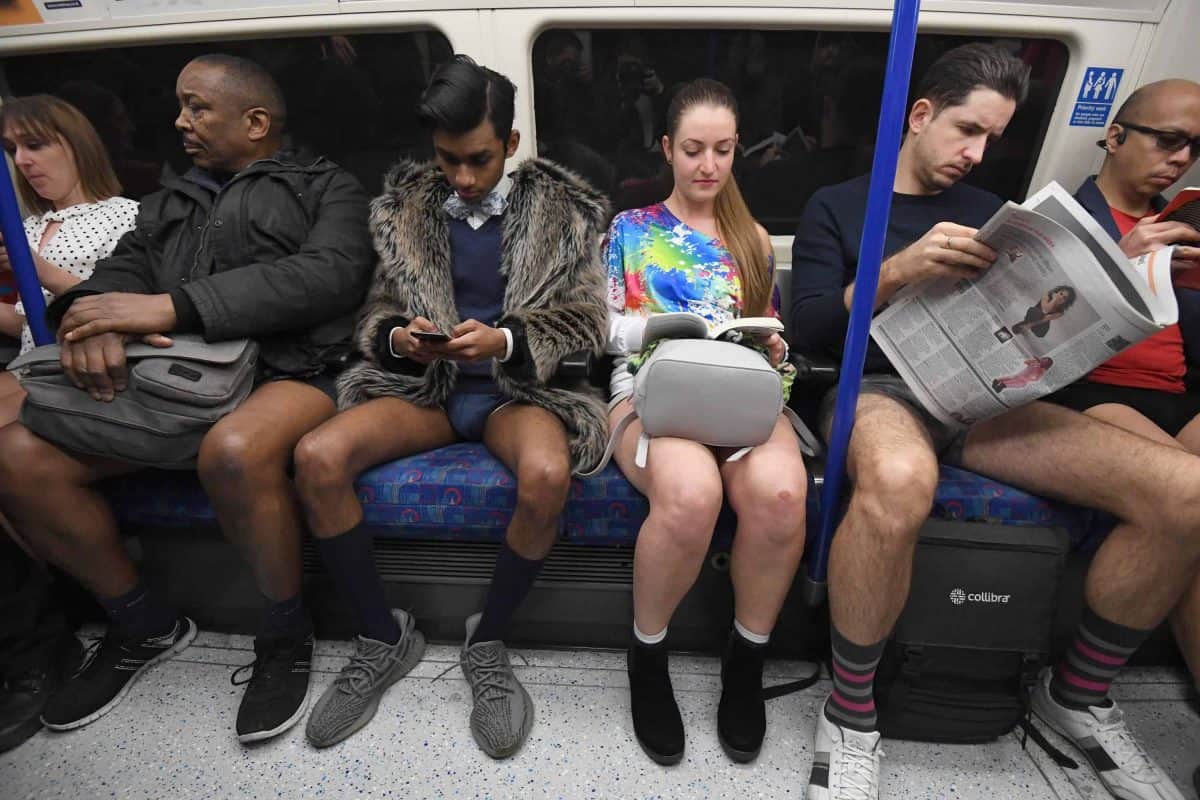 Groups of Londoners hopped on the Underground on Sunday with their legs bared for another No Trousers Tube Ride.

The annual event began in New York City in 2002 and has since grown into “an international celebration of silliness” according to Improv Everywhere, the group behind the tradition.

The idea is that commuters remove their trousers on public transport and act nonchalantly in order to raise a chuckle from their fellow passengers.

Hundreds declared that they had attended the London edition of the event on Facebook, and the resulting photographs made for a jarring set of images – with Tube carriages, escalators and platforms dominated by bare legs.