"The reality is that Truss cares more about her reputation with the Tory party faithful than she does about what’s in Britain’s interest." 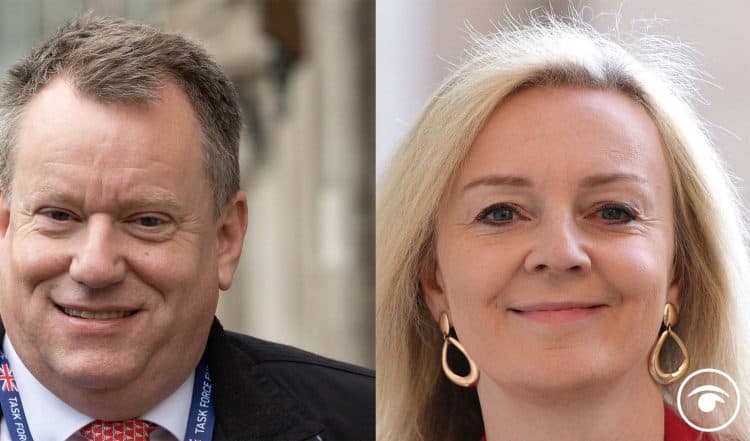 Liz Truss wants talks with the EU over Irish trading arrangements to “pick up the pace” in the new year.

The Foreign Secretary also insisted the UK’s position on the Northern Ireland Protocol has “not changed” following the departure of Lord Frost as Brexit minister.

Her comments came after her first call with European Commission vice-president Maros Sefcovic since she took over responsibility for the UK’s future relationship with the EU.

Lord Frost quit as a Brexit minister over the weekend, citing the “current direction of travel” of the Government as well as fears over “coercive” Covid measures for his decision.

But businesses have been hit by the changes, and London and Brussels are trying to reach agreement that would reduce customs paperwork and the number of checks and inspections required on goods.

The prospect of invoking Article 16 of the protocol, a move that would effectively unilaterally suspend the treaty, has been touted by the UK as a possible course of action if needed.

Ms Truss said: “We want a constructive relationship with the EU, underpinned by trade and our shared belief in freedom and democracy.

“Resolving the current issues is critical to unleashing that potential.

“The UK position has not changed. We need goods to flow freely between Great Britain and Northern Ireland, end the role of the ECJ (European Court of Justice) as the final arbiter of disputes between us, and resolve other issues.

“We must pick up the pace on talks in the New Year. Our preference remains to reach an agreed solution.

“If this does not happen, we remain prepared to trigger Article 16 safeguards to deal with the very real problems faced in Northern Ireland and to protect the Belfast (Good Friday) Agreement in all its dimensions.”

But Liberal Democrat foreign affairs spokeswoman Layla Moran said: “When this brief was given to the Foreign Secretary, we hoped it was time for a more diplomatic approach.

“Instead, it’s like Lord Frost never left. Triggering Article 16 will only lead to a ruinous trade war – harming British businesses just at the moment when they need support.

“The reality is that Truss cares more about her reputation with the Tory party faithful than she does about what’s in Britain’s interest.

“The Conservative leadership contest psychodrama is only just beginning.”