International Trade Secretary Liam Fox is now saying that Britain exiting the EU with his government having failed to have negotiated a deal about how everything will work with the EU is the likeliest outcome. The Leave campaigning Conservative minister who this time last year insisted that Britain is negotiating “one of the easiest” deals […] 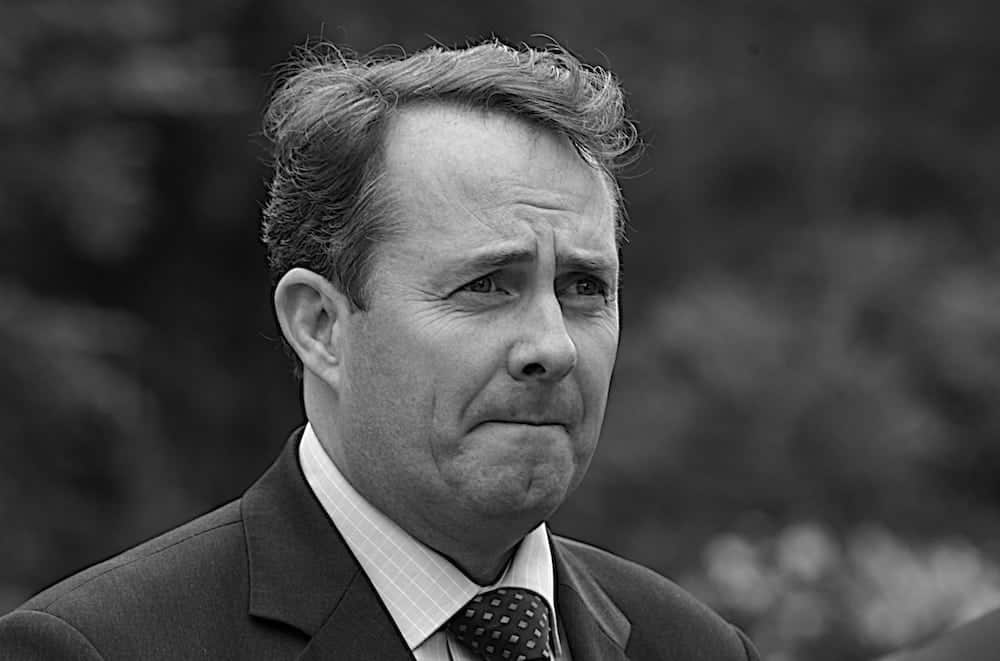 International Trade Secretary Liam Fox is now saying that Britain exiting the EU with his government having failed to have negotiated a deal about how everything will work with the EU is the likeliest outcome.

The Leave campaigning Conservative minister who this time last year insisted that Britain is negotiating “one of the easiest” deals “in human history,” put the chances of a No Deal Brexit at “60-40”.

And Fox blamed a No Deal outcome on the EU and chief negotiator Michel Barnier who this week ruled out Theresa May’s Chequers compromise plan for Brexit as unworkable for the EU and Northern Ireland.

With less than eight months left to negotiate a deal for Britain’s future with the EU before Britain is due to leave, Fox told the Sunday Times: “I think the intransigence of the commission is pushing us towards no deal.”

Fox insisted in the paper this weekend that Barnier had dismissed May’s Brexit plans simply because “we have never done it before”.

This “makes the chance of no deal greater,” said Fox, who resigned in disgrace as Defence Secretary after breaching ministerial code in 2011, before Theresa May appointed him as International Trade Secretary in July 2016.

On Friday the pound slipped to below $1.30, its lowest point in eleven days, when Bank of England Governor Mark Carney warned that the chances of a No Deal Brexit had become “uncomfortably high”.

Pushed on what no deal would mean, the usually reticent Carney gave a stark warning: “disruption to trade as we know it… As a consequence of that, a disruption to the level of economic activity, higher prices for a period of time.”

The Bank of England Governor insisted that Britain’s banks had been ordered to increase their liquidity to avoid running out of money and recession in the event of a crisis.

“Our job at the Bank of England is to make sure those issues don’t happen in the financial system, so that people will have things to worry about in a no-deal Brexit, “ he told the BBC’s Today programme, adding: “what we don’t want to have is people worrying about their money in the bank, whether or not they can get a loan from the bank – whether for a mortgage or for a business idea – and we have put the banks through the wringer well in advance of this to make sure they have the capital.”

Brexit-supporters in the Tory party attacked the Bank of England Governor for his comments.

The former work and pensions secretary, Iain Duncan Smith, said: “There is no such thing as a no-deal, as the [World Trade Organization] is where the EU and the UK are already and as a rule-based organisation, both sides would have to abide by those rules.

He insisted that the Treasury and the Bank of England had “struggled to understand how this would work”.

However, Catherine Barnard, professor of EU law at Cambridge University, explained how Duncan Smith’s idea of falling back on World Trade Organisation rules would not work, as Britain would not be allowed to let EU goods in tariff-free without extending that to the rest of the world.

She told the BBC’s The World At One programme: “That would make it very difficult for us to negotiate trade deals in future, because we’d got nothing to negotiate over. We’d already given up the right to impose tariffs.”