"It shows the lengths they are prepared to go to keep Boris Johnson in power," SNP leader in Westminster Ian Blackford said. 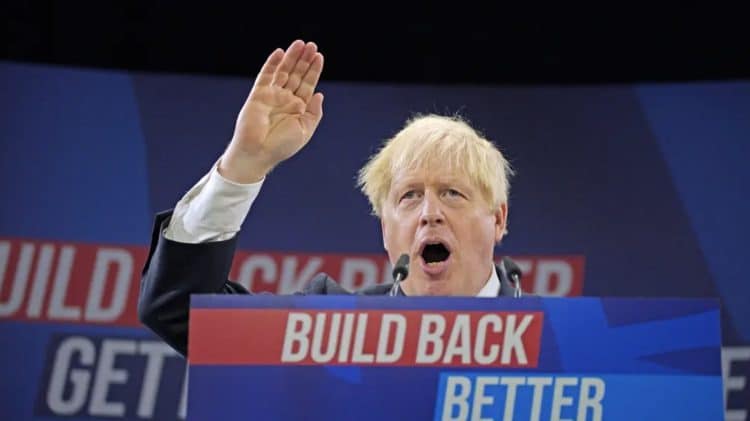 The government has been accused of faking extra cash for poorer UK areas in order to save Boris Johnson’s job.

The claims come after Michael Gove’s department for levelling up released a statement ahead of the publication of a white paper this week.

The statement boasted that 20 towns and cities in Britain will enjoy a “new £1.5 billion brownfield fund”, but only mentioned Sheffield and Wolverhampton as beneficiaries, The Guardian has reported.

The cash is meant to help with “housing, leisure and business in sustainable, walkable beautiful new neighbourhoods”, according to the government.

Gove insisted this is a “radical new regeneration programme” which would transform the country and fulfil the Tory promise of a more equal United Kingdom. “This huge investment in infrastructure and regeneration will spread opportunity more evenly and help to reverse the geographical inequalities which still exist in the UK.”

But Gove’s department backtracked after The Observer got in touch with senior Treasury sources to ask if the Tories signed off the sum – and, according to the newspaper, admitted it is not all new cash and includes funds already announced by chancellor Rishi Sunak last autumn.

Labour reacted to the news, arguing the government moves only aim to get Tory MPs in the “red wall” to back up Boris Johnson ahead of the publication of a “partygate” scandal report by senior civil servant Sue Gray.

If a minimum of 54 Tory MPs demand Johnson to resign, the prime minister would face a vote of confidence and could lose his top job if he lost the vote.

‘Not a penny of new money’

“I don’t think Tory MPs are going to find it very reassuring when the supposed new pot of gold contains not a penny of new money,” Lisa Nandy, Labour’s shadow levelling up secretary, said.

SNP leader in Westminster, Ian Blackford, added: “Not only is the government trying to take the public for fools, they are also trying to take their own MPs for fools. It shows the lengths they are prepared to go to keep Boris Johnson in power. It is beyond contempt.”

Meanwhile, Lib Dem deputy leader Daisy Cooper said the relevations the government was not “remotely serious about levelling up this country.”

But foreign secretary Liz Truss insisted on Sunday that Boris Johson’s future is “assured” when asked if the prime minister should resign.

BBC presenter Sophie Raworth asked the Foreign Secretary if Johnson should resign if he has lied to Parliament.

“If you know what the ministerial code is, should he resign if he misled Parliament?,” Raworth asked.

Truss replied by avoiding a straightforward answer and listing the two key problems she thinks Johnson is busy with.

“The future of the prime minister is assured.

“He’s doing an excellent job on the things that matter, recovering the economy from Covid, getting Brexit done, getting this country going again.”