"If my freedom means you might catch Covid from me, then so be it." 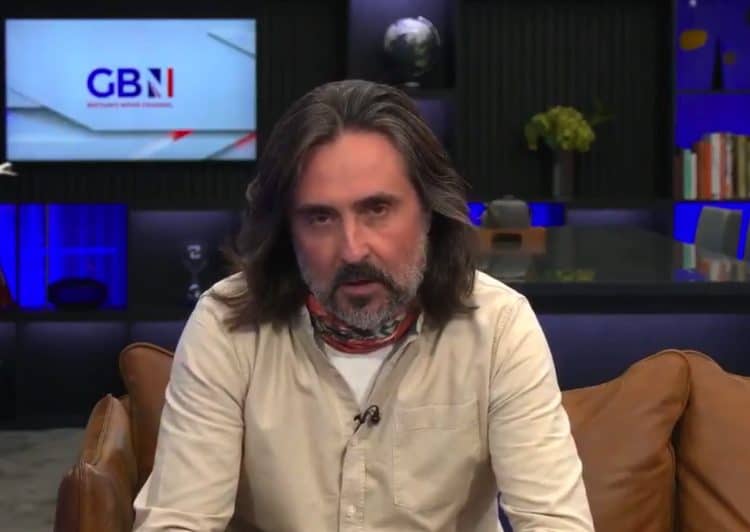 Laurence Fox has given his blessing to a Neil Oliver clip in which he shared “reprehensible” views on the Covid-19 pandemic.

Appearing on GB News the former BBC presenter claimed he would “cheerfully risk catching” the deadly disease for the sake of personal freedom.

He then went on to compare those who refuse to comply with current guidelines to those who fought in the Battle of Britain, saying:

“It was a minority of people, outgunned and shouted down by fellow citizens who felt deals might be struck with tyrants” who stood up against fascism during the Second World War.

The ex-Coast presenter, who has a weekly show on the controversial channel, added: “For me, without freedom there is no point in anything.

“So, take away all the numbers, all the statistic, all the models and predictions.

“For me it all boils down to something simple.

“I declare that I am a free man. I was born into a part of the world where I was taught that my freedom was won for me by men and women who died to make it so.

“In the beginning of that fight to prevent the victory of that tyranny, it was a minority outgunned and shouted down by fellow citizens that stood up and said no.

“Merely to live is not enough, not nearly. What matters is to live in freedom.

“I will cheerfully risk catching Covid”

“For the sake of freedom, yours and mine together, I will cheerfully risk catching Covid.”

Surely this is too reprehensible