The result after months of protests is seen as a rebuke to pro-Beijing leader Carrie Lam. 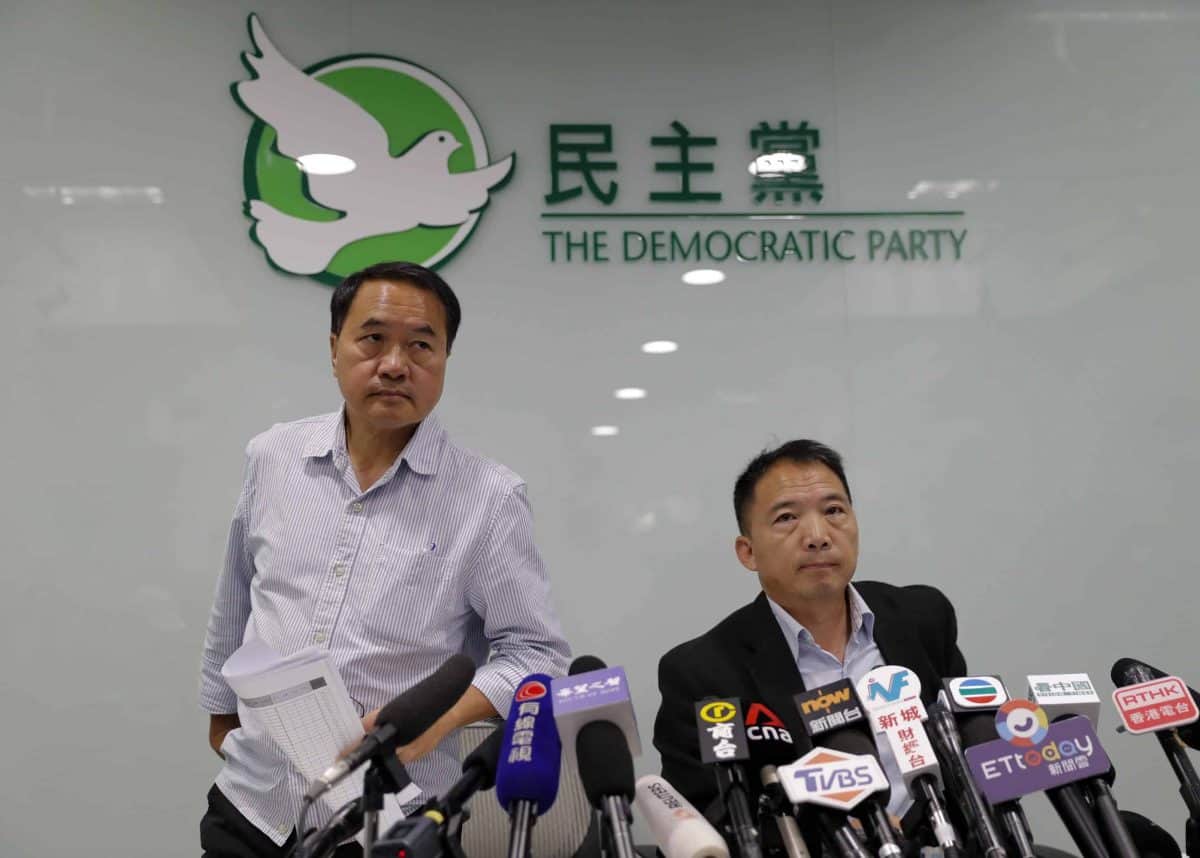 Hong Kong’s pro-democracy opposition won a stunning landslide victory in weekend local elections in a clear rebuke to city leader Carrie Lam over her handling of violent protests that have divided the semi-autonomous Chinese territory.

Wu Chi-wai, leader of the city’s biggest pro-democracy party, said that the bloc swept nearly 90% of 452 district council seats, which will help it take unprecedented control of 17 out of 18 district councils.

The results were based on official tallies announced by election officials.

The result of Sunday’s elections could force the central government in Beijing to rethink how to handle the unrest, which is now in its sixth month.

The district councils have little power, but the vote became a referendum on public support for the protests.

“It’s nothing short of a revolution. This is a landslide,” said Willy Lam, a political expert at the Chinese University of Hong Kong.

“It’s a sound repudiation of the Carrie Lam administration and shows the silent majority are behind the demands of the protesters.”

The pro-democracy camp hailed its astounding gains in the normally low-key race as a victory for the people and said Ms Lam and Beijing must now seriously heed protesters’ demands, in particular a call for an independent commission to investigate the events of the past six months.

“We are only vehicles used to reflect the people’s concerns,” said Mr Wu.

Beijing, which blames foreign powers for fomenting the unrest in Hong Kong, has showed no signs that it may soften its stance on the former British colony, which was returned to China in 1997.

Chinese foreign minister Wang Yi told reporters during a visit to Tokyo on Monday that any attempts to undermine Hong Kong will be futile.

“No matter what kind of things happen in Hong Kong, Hong Kong is a part of Chinese territory,” he said.

But the election result will add new pressure on Ms Lam, who pledged to reflect on the people’s voice.

Some pro-establishment candidates have already pointed fingers at Ms Lam for their loss.

“There are various analyses and interpretations in the community in relation to the results, and quite a few are of the view that the results reflect people’s dissatisfaction with the current situation and the deep-seated problems in society,” Ms Lam said in a statement.

A record 71% of Hong Kong’s 4.1 million registered voters cast ballots in the city’s only fully democratic elections, well exceeding the 47% turnout in the same poll four years ago.

The largest pro-establishment political party suffered the biggest setback, with only 21 of its 182 candidates winning.

Starry Lee, head of the Democratic Alliance for the Betterment and Progress of Hong Kong, said the government must review its response to the crisis and do more to reconcile society.

Many pro-Beijing political heavyweights were trounced, including controversial lawmaker Junius Ho, who is reviled by protesters for supporting a bloody mob attack on demonstrators in July.

Mr Ho was stabbed with a knife during campaigning this month.

The winners included many youth activists and a candidate who replaced activist Joshua Wong, the only person barred from running in the election.

Pro-democracy rally organiser Jimmy Sham, who was beaten by hammer-wielding assailants last month, also triumphed, as did a pro-democracy politician who had part of his ear bitten off by an assailant.

Celebrations broke out outside polling stations overnight when results were announced.

At lunchtime on Monday, dozens of supporters gathered in a business district for a victory rally.

A woman popped a champagne bottle and poured drinks for everyone.

“This is historic. As our city plummets from being semi-autonomous to semi-authoritarian, we react by showing what’s democracy in action,” Mr Wong tweeted.

More than 5,000 people have been arrested in the unrest that has contributed to Hong Kong’s first recession in a decade.

Supporters from both sides of the divide hope the election will pave a peaceful way out after months of pitched battles between protesters and police, capped by a university siege this month.

An estimated 30 protesters, fearing arrests, are still holding out at the campus, which has been ringed by police for days.

“With the mandate from the Hong Kong people, protesters expect concessions from Beijing, but those concessions won’t be coming. Confrontations may intensify,” warned political analyst Mr Lam.

The victory will see the pro-democracy camp secure 117 seats in the 1,200-member pro-Beijing panel that elects the city’s leader.

It will bolster their influence, as the bloc usually has over 300 supporters on the panel but still falls short of the majority.

The turmoil started in June over a now-abandoned extradition bill that many viewed as a sign of creeping Chinese control over Hong Kong.

Protesters have expanded their demands to include free elections for the city’s leader and members of the legislature, as well as an investigation into alleged police brutality.