It comes after comments on Grenfell Tower and his poor etiquette in the House of Commons. 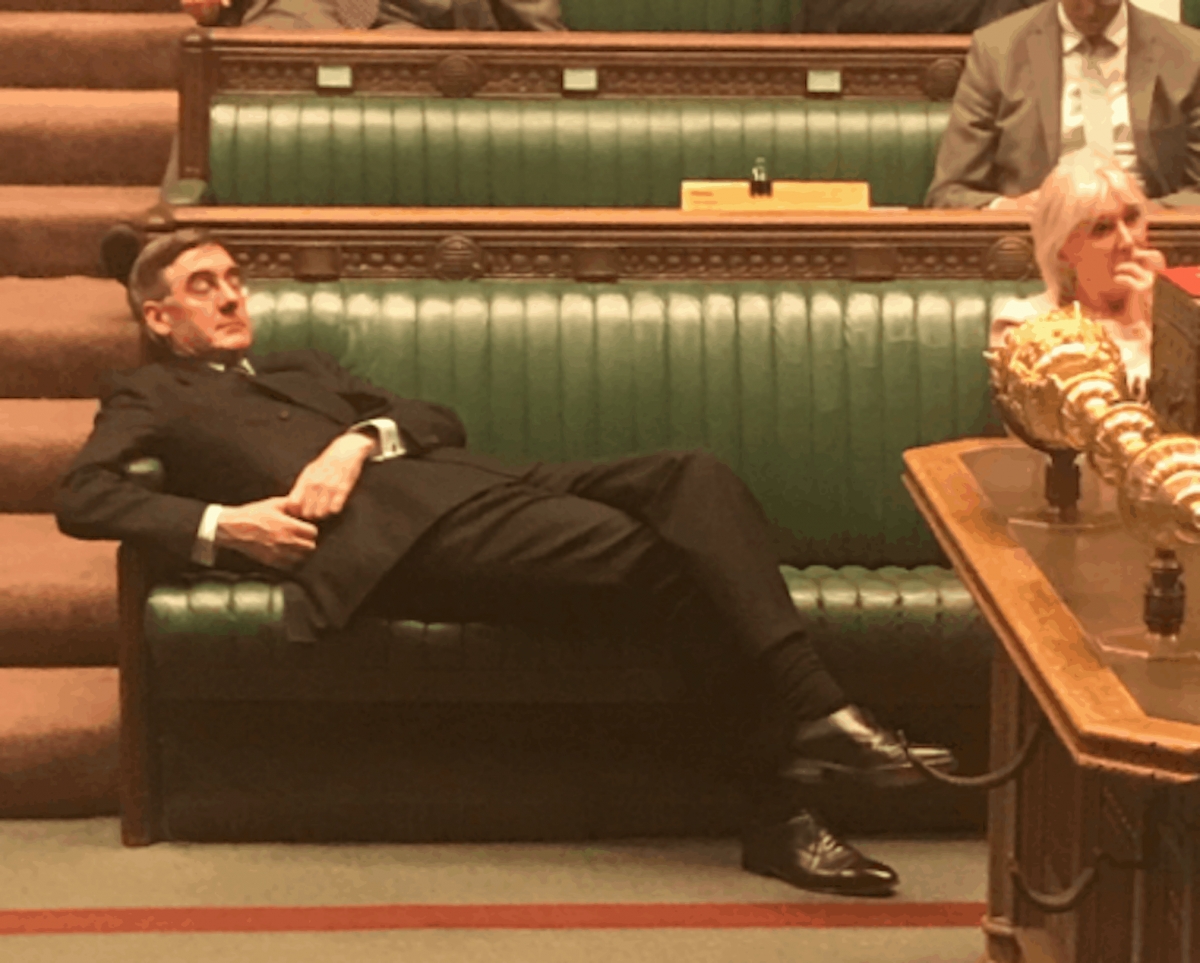 Gaffe-prone Jacob Ress-Mogg has been grounded by the Conservative Party until polling day, it has been claimed after the prominent MP was noticeably absent from Sunday’s Tory election manifesto launch.

The Leader of the House of Commons made the headlines this month after suggesting victims of the Grenfell Tower inferno could have been saved if they had used “common sense”.

Sidelined from the election campaign

To save further blushes, it has been alleged that Rees-Mogg has been sidelined from campaigning in the run-up to the election.

He was not at the manifesto unveiling at Telford International Centre, 127 miles from the North East Somerset constituency he is defending on December 12.

Defending his no-show, he told the Mirror: “Only full members of the Cabinet were expected to attend so I carried on campaigning in my constituency.”

Boris Johnson laid out his vision for government during a speech on Sunday.

The Prime Minister held a copy of the document, called Get Brexit Done – Unleash Britain’s Potential, as he outlined his blueprint to “forge a new Britain”.

He pledged an extra 50,000 NHS nurses in a bid to plug the existing vacancy gap, which currently stands at more than 43,000.

The party also said its “triple lock” will remain in place with no increases in income tax, national insurance and VAT for five years.