“It is simply unacceptable that students are being told to not live in housing they have paid for, on public health grounds, yet are receiving no Government support", the NUS has said. 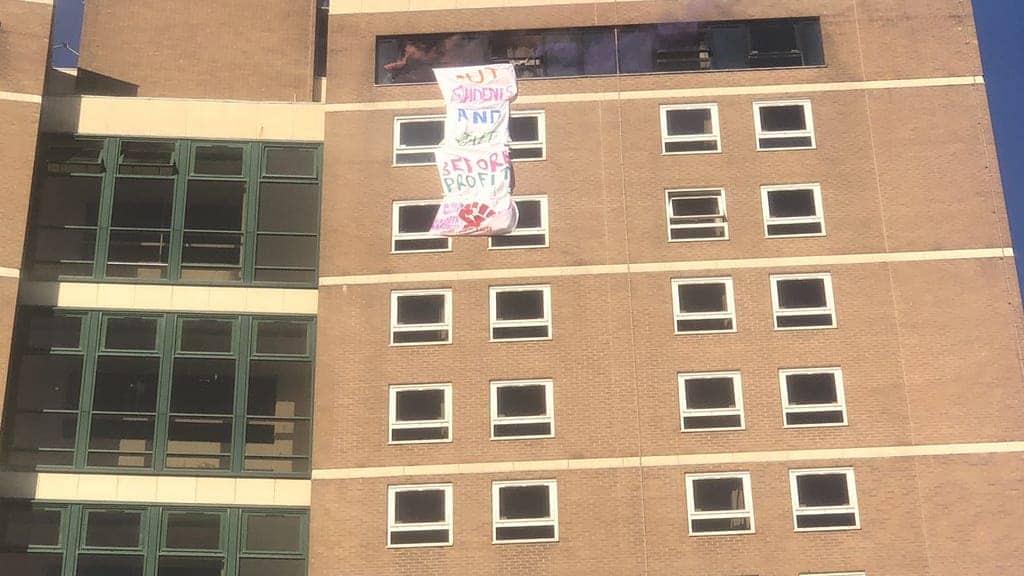 Students at Lancaster University are withholding their rent for their halls of residents as they are prevented from returning to campus for the second semester.

More than 900 students have signed up to take part in the rent strike, and have cancelled their direct debits to pay for the Lent term, which starts on 8 January 2021 and finishes on 19 March 2021.

They are demanding a 100 per cent rent reduction from the university, while those who have returned to halls are asking for a 50 per cent deduction, saying they were “lured back to campus” with the promise of in-person teaching.

Speaking to i newspaper, Kate Roberts, a first-year Criminology student, said: “It’s already frustrating that we have to pay for a lot of time in halls when we are not using them. I paid rent for the entirety of December, even though I left on the third day of the month.

“I read up on all of the other universities who have suspended rent for their students, and saw that Lancaster’s position was undecided.

“My department have been so supportive, but a lot of decisions about term-time, exams and rent have been so last-minute and behind closed doors. I expected this year would be different and I was told there would be a blended approach to learning this academic year, but the rules seemed to have changed once we’d arrived.”

Ministers and university leaders are facing calls to offer rent rebates to students amid the lockdown.

The Government has said the majority of university students in England will not be allowed to return to campus until at least mid-February and they will be expected to study from their current residence.

Some universities have taken the decision to move lessons online until even later in the year amid the tighter restrictions announced this week.

The National Union of Students (NUS) has called it “unacceptable” that students are having to pay towards accommodation that they have been told not to travel to on public health grounds.

They say ministers in England should step in to ensure all students are offered rent refunds after the Government announced in-person teaching should only take place for a small number of key courses.

On Friday, the University of Sheffield and Birmingham City University became the latest institutions to say they will not charge rent to students who cannot use their university halls during the lockdown.

Hillary Gyebi-Ababio, vice president for higher education at the NUS, said: “It is simply unacceptable that students are being told to not live in housing they have paid for, on public health grounds, yet are receiving no Government support.

“All student renters must now be offered rent refunds and the option of leaving their tenancy early. If universities and landlords need financial support to make this happen then Government must step in.”

Lancaster University did not respond to questions on whether it will reduce or cut rental fees.

The spokesperson told i: “While the situation is still fluid and we are subject to changing Government restrictions, the University has remained focussed on delivering what it promised – high quality education and supporting our students.

“Staff and students at Lancaster have responded to the challenges of the pandemic with extraordinary determination, enabling us to keep our campus and accommodation open throughout – including Christmas which saw hundreds of students remain with us on campus.

“We consistently said this year would be a mix of on-line and face-to-face teaching designed to deliver high-quality degrees and we have kept that promise. We are gathering student feedback on their learning experience and will continue to act upon it.

“Government advice in the last few days has meant we have had to stagger the start of face-to-face teaching for some subject areas. We continue to look at options that will make up for any alterations to previously planned face-to-face provision in this rapidly-changing situation,” they added.