Leader Jeremy Corbyn said just one person sleeping on the streets is ‘one too many’. 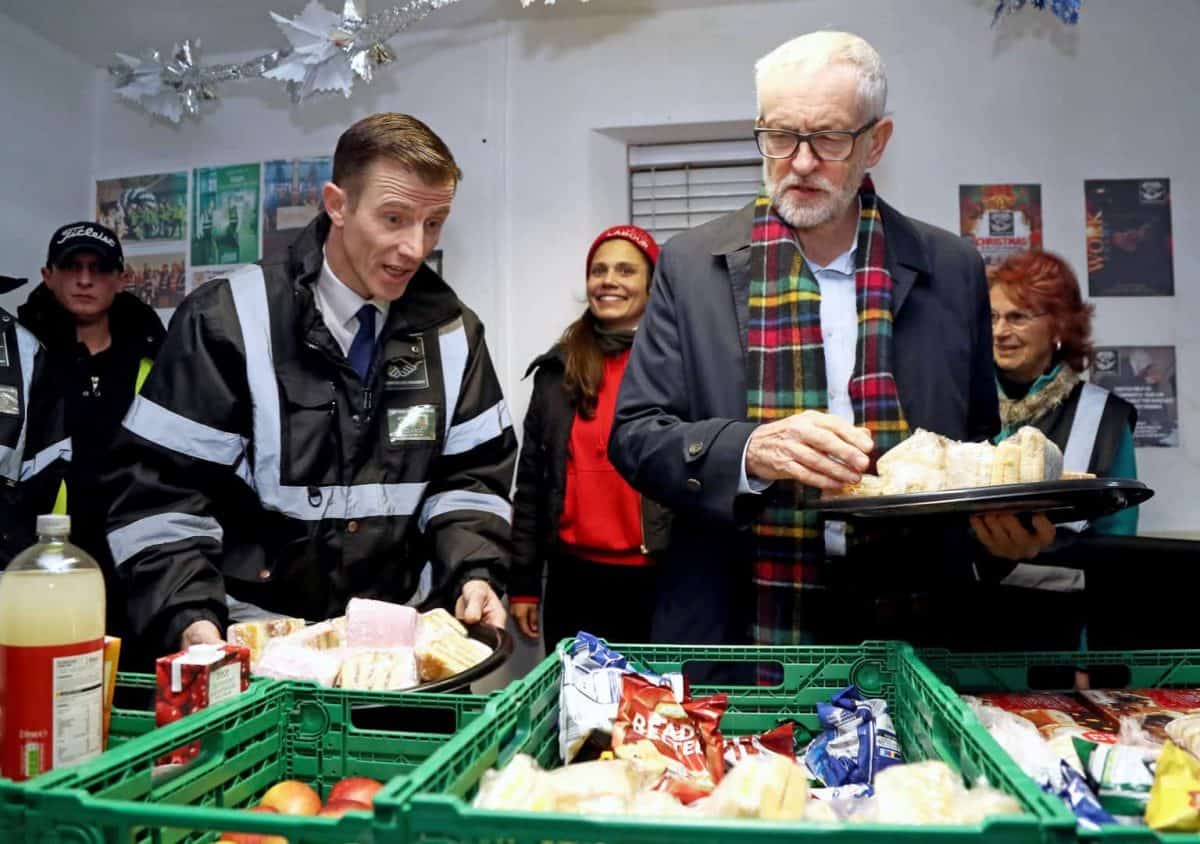 Labour has accused Tory policies of being “directly responsible” for people living and dying on the streets, as Jeremy Corbyn’s party set out plans to end rough sleeping in England within five years.

Saving lives this winter would become a “moral mission” if Labour wins the December 12 election, the party said, as it announced a multibillion-pound package to tackle the crisis.

Rough sleeping has more than doubled since 2010 while the number of people dying while homeless increased to 726 in England and Wales last year, according to official figures.

And new figures by the Combined Homelessness and Information Network (CHAIN) show there is a record number of rough sleepers in London as the precarious winter months approach.

Among Labour’s plans, the party would build thousands of new homes for a “housing first” model to get people off the streets regardless of their situation.

Shadow housing secretary John Healey said: “Rising homelessness shames us all in a country as well-off as ours.

“It shames the Conservative Party most of all because it is Conservative decisions to slash funding for hostels, housing benefit, homelessness services and new homes that are directly responsible for this increase in people living and dying on our streets.

“We need a new moral mission to save lives this winter and end rough sleeping within five years.”

In yearly spending, the party would use £100 million for emergency winter shelter and £1 billion earmarked from council budgets to pay for staffing, support and funding to relink local housing allowance with local rents.

Labour would also expand the “housing first” model nationwide, with 4,000 new homes built to get people in accommodation so they can then begin to rebuild their lives with access to any services or treatment they need.

A further 4,000 permanent “move-on” homes would be built for rough sleepers moving out of hostel accommodation.

Labour said cash for the 8,000 new homes would come out of its £150 billion social transformation fund.

The scale of the crisis was highlighted in a Shelter report this week that suggested 135,000 children in Britain will be homeless and living in temporary accommodation this Christmas.

Labour leader Mr Corbyn said: “One person sleeping rough is one too many.

“No-one wants to live in a society where thousands of homeless people are left out in the cold on the streets.

“Labour will save lives this winter and end rough sleeping within five years. That’s real change.”

Labour’s poverty-busting pledge comes on the back of a promise to end “rip-off Britain” as party research alleges the Tories have cost families nearly £6,000 a year by failing to curb rising bills.

“Under the Conservatives, there is record investment going in to tackling homelessness – £1.2 billion until April 2020 with a further £422 million for 2020-21,” she added.

“A Conservative majority government will get Brexit done and focus on tackling homelessness by expanding successful programmes like housing first and the rough sleeping initiative, which has proven effective in reducing rough sleeping in areas where it is running.”

The Liberal Democrats would introduce a duty on local authorities to provide immediate emergency accommodation and end no-fault evictions under the party’s plans to end rough sleeping.