It is safe to say that the PM is not liked in Russia, even though his links to the country have long been under scrutiny. 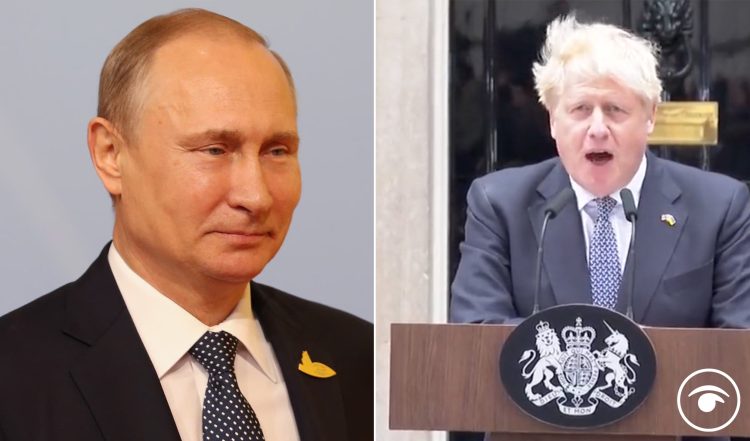 Nicola Sturgeon has said the Prime Minister will “cause chaos” if he stays on until October.

From his resignation speech, it looks like he wants to stick around for a bit.

Here it is if you haven’t seen it:

Chris Bryant doesn’t want him staying around that’s for sure!

Any sympathy for Boris Johnson? Maybe read this first.

So what does Russia make of all this?

Well, this morning, Kremlin spokesman Dmitry Peskov said: ‘We would like to hope that some day in Great Britain more professional people who can make decisions through dialogue will come to power.

“But at the moment there is little hope for that.

“He really does not like us. And we (do not like) him either,” Peskov said of Johnson.

Russian tycoon Oleg Deripaska said on Telegram that it was an “inglorious end” for a “stupid clown” whose conscience would be blighted by “tens of thousands of lives in this senseless conflict in Ukraine”.

Maria Zakharova, the top spokeswoman in Russia’s foreign ministry, said Johnson’s fall was a symptom of the decline of the West.

Maria said: “The moral of the story is: do not seek to destroy Russia.

Zakharova went on: “Russia cannot be destroyed. You can break your teeth on it – and then choke on them.”

The EU delivered a different message but didn’t praise the outgoing PM.

Guy Verhofstadt wrote: “Boris Johnson’s reign ends in disgrace, just like his friend Donald Trump. The end of an era of transatlantic populism? Let’s hope so. EU – UK relations suffered hugely with Johnson’s choice of Brexit. Things can only get better!”

Related: Watch: Brexiter Steve Baker says everyone in UK are Tories even if they vote Labour as he hints at run for PM