Young people have handed in dozens of weapons during a nationwide knife amnesty – including ninja throwing stars and ‘sacrificial’ daggers. Dozens of lethal weapons were handed in anonymously through designated knife bins by youngsters keen to avoid prosecution for possession of an offensive weapon. Last year’s amnesty helped Hertfordshire become one of Britain’s safest […] 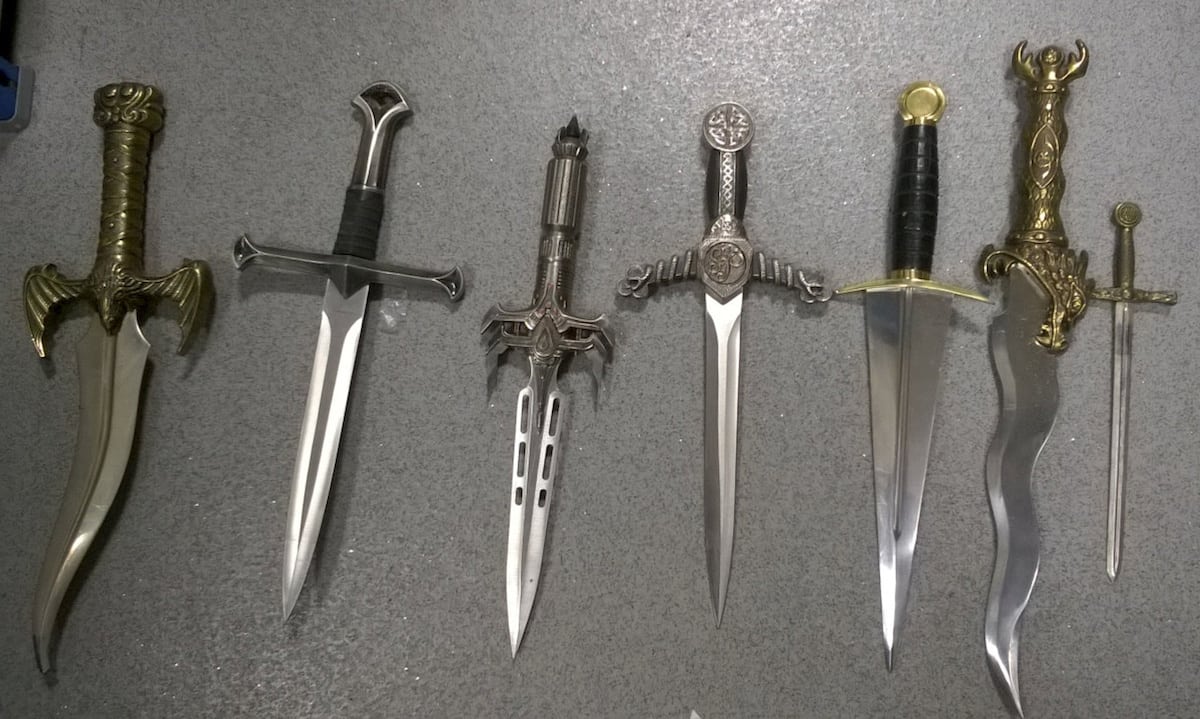 Young people have handed in dozens of weapons during a nationwide knife amnesty – including ninja throwing stars and ‘sacrificial’ daggers.

Dozens of lethal weapons were handed in anonymously through designated knife bins by youngsters keen to avoid prosecution for possession of an offensive weapon.

Last year’s amnesty helped Hertfordshire become one of Britain’s safest counties and police are now taking part in another campaign to get knives off the street.

A deadly array of sacrificial knives and throwing stars were part of 100 weapons handed into the force last year.

Over the last six weeks Herts has seen 399 knife related offences, with many of the offenders aged between 13 and 18 – two-thirds of whom came from outside the county.

David Lloyd, Hertfordshire Police and Crime Commissioner, said: “Crime is low in Hertfordshire in comparison to other counties, but unfortunately some types of knife related crime have increased in many parts of the country.

“Any knives that we can remove from our streets will help to make everyone safer.”

This year’s campaign runs between February 12 and Sunday February 18 and also gives teens a chance to learn about the dangers of carrying a knife.

It scheme will also give crime prevention advice and raise awareness among businesses that selling certain knives to anyone under 18 is illegal.

Bill Jephson, assistant chief constable, said: “Over the past year we have seen an increase in incidents in which a knife has been reported, and many of those recorded will be where a knife has been mentioned rather than used.

“In most cases these incidents have involved young people, and the amnesty gives us an opportunity to raise awareness, especially among young people, that carrying a knife is not glamorous or tough.”