The public are attempting to raise a huge £130,000 so junior doctors can continue their legal dispute against Jeremy Hunt, the Government’s Health Secretary. Funds will cover legal costs so the battle can continue in the High Court ,who decreed that if they could raise that figure they could proceed with their claims, reports the […] 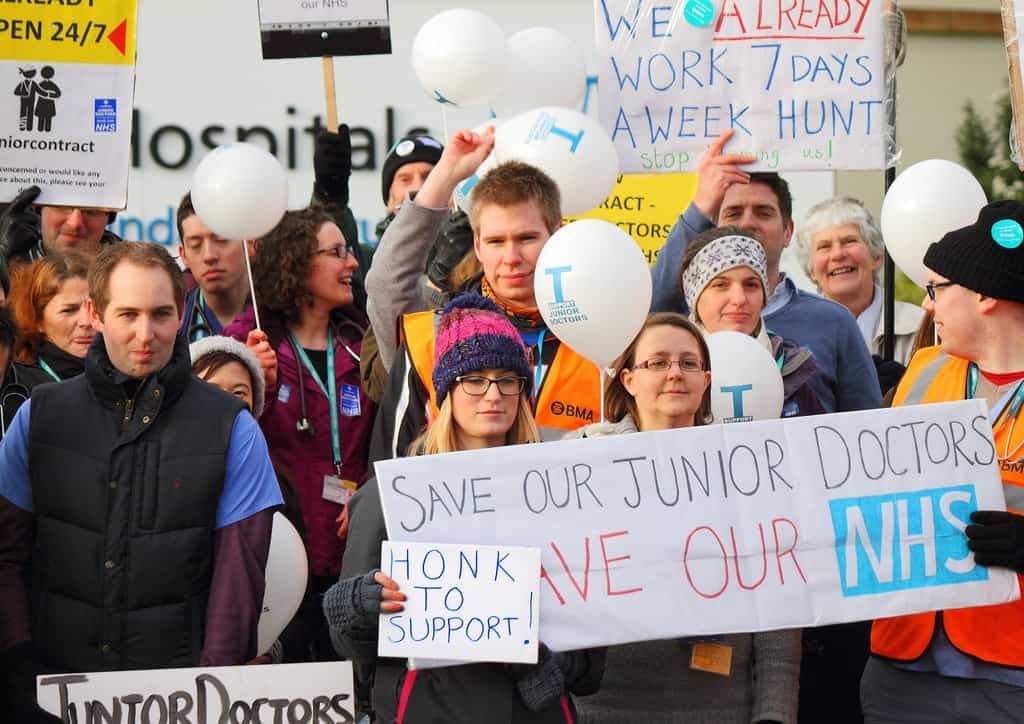 The public are attempting to raise a huge £130,000 so junior doctors can continue their legal dispute against Jeremy Hunt, the Government’s Health Secretary.

Funds will cover legal costs so the battle can continue in the High Court ,who decreed that if they could raise that figure they could proceed with their claims, reports the Evening Standard.

The judge threw out Hunt’s demand for a £150,000 surety within a week. The doctors now have until August 16th to find the fee.

After the ruling, within a very short space of time, there were three and a half thousand donations, putting the Justice for Health campaigners to just under £20k of the target on Friday morning.

Previously £180k had been raised by crowdfunding to bring the case to court in the first instance. A massive amount, which appears to show the level of anger in the general population at the treatment of newly trained medical staff.

Labour Tooting MP Dr Rosena Allin-Khan, a former A&E junior doctor said: “The junior doctors’ dispute will not be brushed under the carpet. I will make the facts known again and again.”

Allin-Khan firmly believes that making junior doctors’ pay the Government’s legal bill if they were defeated, was a ploy to put off the legal claims. However, it appears that this has not worked as the donations keep flooding in.