Industry leaders are singing the praises of the government’s proposed legislation, but private equity firms are likely to see the biggest gains. 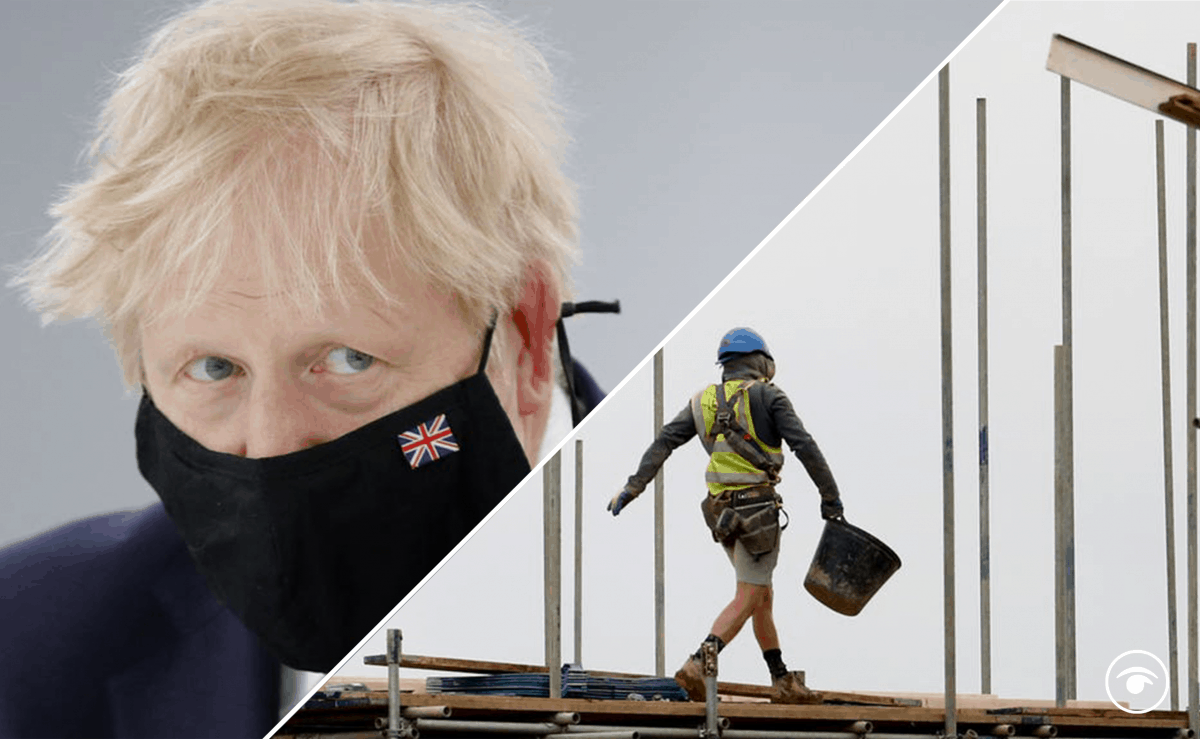 Boris Johnson’s Planning Bill will envisage a future in which public money goes to private developers, local authorities have no say over construction projects, and unaffordable housing becomes a hodgepodge of low-quality accommodation, part-buy schemes, and real estate portfolios for financial institutions.

Similar plans were shelved in November last year after residents raised concerns about the proposed legislation. Paul Bartlett, Conservative deputy leader of Ashford council, described the proposals and the way in which the government went about imposing them as “something you’d find in North Korea.” Team Johnson waited until after the May elections to bring the proposals back to Parliament.

When it comes to housing, the nation’s crisis of unaffordability has been well-documented, as has Chancellor Sunak’s stamp duty holidays that keep prices high. Putting power in the hands of private property developers is not the answer. We need more local democracy in the form of planning, funding, and community building.

But the current trend is in the opposite direction. For instance, in late-2019 Henley private equity (which manages $2.6 billion) announced that it would be investing hundreds of millions of pounds in the “build-to-rent” sector, not in social housing.

In January 2020, the taxpayer arguably subsidised Westrock’s operations in the form of a joint venture between the company and the Council to develop what they later called a “mixed-use scheme that will help regenerate the town centre and provide much-needed new housing and office space,” including the replacement of the Town Hall. Instead of helping small builders, the venture hired the construction giant, Kier.

A September 2020 Housing Federation report notes that renting is most suitable for Britain’s 3.8 million poorer people, but that people of low socioeconomic status require assured council properties.  But the trend is towards more help-to-buy houses and build-to-rent properties. Consultants Robinson Low Francis note that in April, the government greenlighted 73 English councils to trial brownfield registers to fast-track planning permission to build homes on derelict and underused land. Many of the 15 councils with the most brownfield sites are in the north and include County Durham, Leeds, Liverpool, Manchester, Newcastle, Sheffield, and Wigan.

The St. Albans Liberal Democrats describe the current version of the Planning Bill as yet another “Tory power grab” because it gives councils and other local authorities like those listed above fewer rights. Dan Starr, co-founder of a residents’ party in Uttlesford, Essex, told TLE that the Tories received £11m in donations from property developers between July 2019 and June 2020. Starr asks of the building tycoons: “what did they get for that?”

In the Queen’s Speech, the government explains that proposed adjacent legislation (the National Infrastructure Plan) is a ploy to attract northern voters from Labour, hence the northern brownfield sites. The Tories will hand £22 billion-worth of equity and debt capital over to public-private partnerships in the form of a £40 billion, Leeds-based National Infrastructure Bank. Project Speed, meanwhile, will tear up environmental regulations.

Industry experts Simmons and Simmons (S&S) “expect more overseas capital to be inbound and applied towards real estate assets.” They say that “the ‘chase for yield’ means UK real estate continues to look attractive when compared to other investment asset classes.” In other words, many investors will stick their fingers in the housing pie and further raise prices.

As for the prospects of people owning their homes, S&S remarks on build-to-rent: “We predict this pipeline will continue to grow as institutional investors seek bond-like returns from investments underpinned by residential valuations.” Ominous signs for first-time buyers abound with the creation of the first real estate asset market index, the IPSX. All of this will need to be managed digitally in the form of a new market being forged by the government: property technology (PropTech).

Ritchie Clapson, co-founder of propertyCEO, says: “Let’s cut out the red tape that’s slowed us in the past … And then let’s get out there and build, build, build!” But people like Clapson are not just property developers. His Structural Engineering Consultancy firm, for instance, was bought in 2008 by the Capita Group, which Clapson left in 2010. Capita later went on to win lucrative government contracts: from NHS Trust services to TV license fee enforcement. Clapson then established Allbrook Developments, which in addition to design and production makes investments, joint ventures, and acquisitions. He is also non-executive director of the private equity firm, Amstran Group.

Recent history is full of examples of “red tape” being cut so that public services are transformed into for-profit asset opportunities for private equity firms. Two of the most salient cases are private finance initiatives (PFIs) that normalised the NHS Trust system and needlessly added £300 billion to the national debt. The other, less explored case is the academies system of schooling that opened the doors to private contractors. The Tories’ Planning Bill aims to facilitate the construction of more schools. But at what cost?

Academies were imposed on teachers under Tony Blair’s New Labour government in 2006 and put into overdrive by then-Tory Education Secretary, Michael Gove. In 2015 under Education Secretary Nicky Morgan, the Colchester Academy in Essex’s cleaning, catering, and maintenance services were contracted out to private companies, to give one of many examples. The changes occurred after the school had been acquired by Bright Tribe Multi-Academy Trust. Bright Tribe partnered with a subsidiary of ES Management, a private equity firm, to run the school.

By 2016, only five per cent of England’s school buildings were in top condition. By 2017, PFI school debts were £1.7 billion. By 2019, one in six schools required urgent maintenance; of roofs, windows, and walls, with many failing to provide important documentation such as electrical test certificates and asbestos management plans. Children in poorer areas are nine times more likely to attend such schools than children with wealthier parents.

Today, e-learning platforms like the Oak National Academy are being pressured into selling their intellectual property rights. But the owners have refused. Schools Week reports: “The pledge comes as private equity experts said Oak could become a very valuable platform if it moved into the commercial realm.”

What can we do?

There are plenty of alternatives to this system, but they require people and communities getting together. In the absence of a united left to take on the Tories nationally, grassroots action is needed, like Dan Starr’s residents’ association.

A few years ago, for instance, the Church Grove project in Lewisham saw the creation of dwellings for 150 residents through the self-built, community-led Rural-Urban Synthesis Society. Residents’ labour was exchanged for 20 per cent of the price of their home. In such systems, the equity is not owned by the occupier but by a legal entity: the co-op itself. Money is raised by grants, loans, and help from other co-operatives.

These and other initiatives can counter the Tories’ corporate grip.

Related: Brits travelling to see friends and family in France must now get permission from local town halls