PM says don’t visit your mother on Mother’s Day, as 1.5 million at risk people are told to stay at home for 12 weeks. 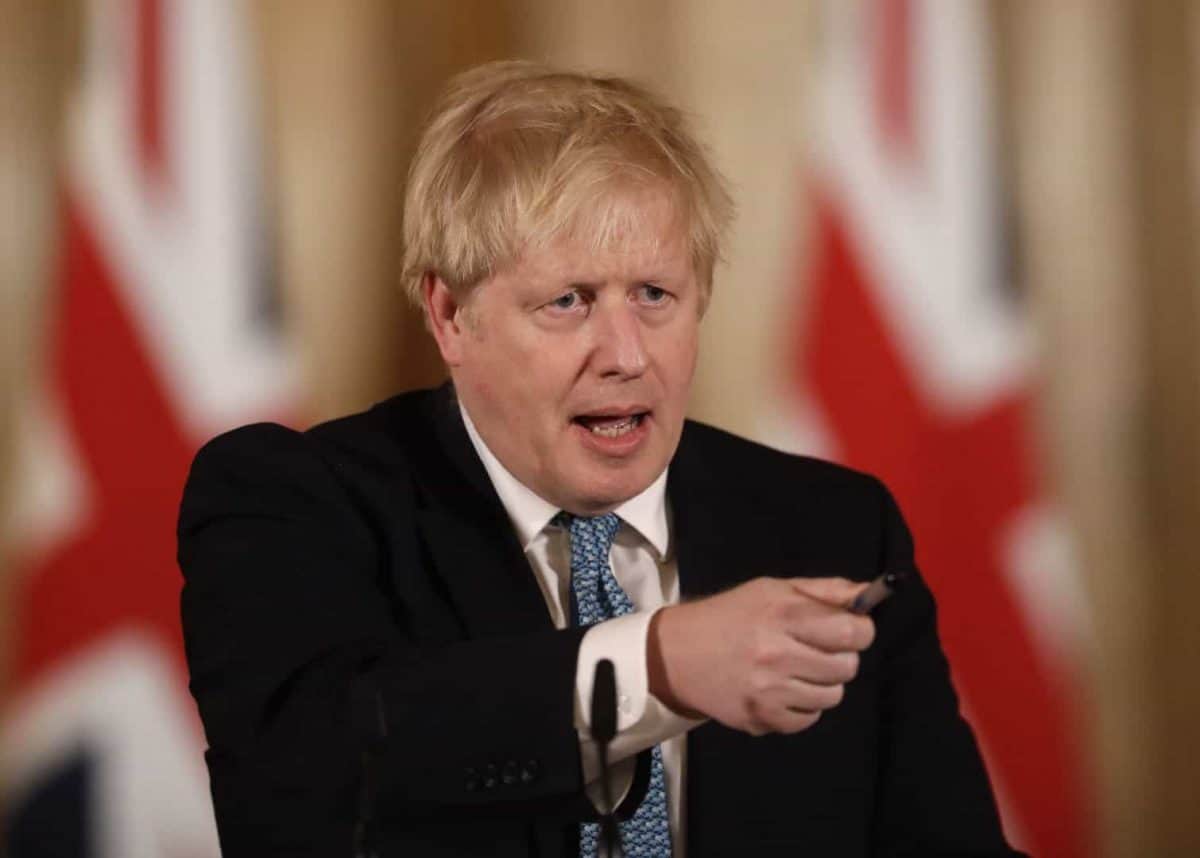 Boris Johnson has warned the coronavirus outbreak is “accelerating”, as he urged people not to visit their parents on Mother’s Day.

In stark message to the country, he said the NHS was in danger of being “overwhelmed” in the same way as the Italian healthcare system unless people heeded Government advice on “social distancing”.

It came as ministers urged the 1.5 million people in England considered to be most at risk from the disease due to their health conditions to begin “shielding” themselves by staying at home.

Letters will go out this week to those concerned, “strongly advising” them not to go out for at least 12 weeks from Monday.

At the same time, the Government announced a new local support system to ensure people self-isolating at home without the support of family or friends can get basic groceries delivered.

Military planners, already helping councils and local resilience forums in their responses to the outbreak, have been centrally involved in setting up the new network.

It follows the dramatic announcement on Friday that all pubs, restaurants, cinemas and theatres are to shut in the latest move to combat the disease.

Measures “never seen before either in peace or war”

The Prime Minister acknowledged they were imposing measures “never seen before either in peace or war”, but said they were essential as the outbreak gathered pace.

“The numbers are very stark, and they are accelerating. We are only a matter of weeks – two or three – behind Italy. The Italians have a superb health care system. And yet their doctors and nurses have been completely overwhelmed by the demand,” he said.

“The Italian death toll is already in the thousands and climbing. Unless we act together, unless we make the heroic and collective national effort to slow the spread – then it is all too likely that our own NHS will be similarly overwhelmed.”

Downing Street dismissed a report that Mr Johnson had only ordered the shut down after French President Emmanuel Macron threatened to block all travellers coming from the UK if he did not act.

The French newspaper Liberation said that in a telephone call on Friday morning, the president had warned the rest of the EU would follow suit unless he abandoned his policy of “benign neglect”.

A No 10 spokeswoman said: “As the PM said on Friday, these new measures were taken based on scientific advice and following the Government’s action plan set out two weeks ago.”

Mr Johnson said that while “everyone’s strongest instinct” was to visit their mother on Mother’s Day, the best single present they could give her was to stay away and spare her the risk of becoming infected.

“This time the best thing is to ring her, video call her, Skype her, but to avoid any unnecessary physical contact or proximity,” he said.

“And why? Because if your mother is elderly or vulnerable, then I am afraid all the statistics show that she is much more likely to die from coronavirus, or Covid-19. We cannot disguise or sugar coat the threat.”

Asked at his No 10 press conference on Friday whether he would be seeing his own mother, 77-year-old Charlotte Johnson Wahl, the Prime Minister said he would “certainly be sending her my very best wishes and hope to get to see her”, before trailing off.

A Downing Street source later clarified that his contact with his mother on Sunday would be confined to a conversation over Skype.

The latest official figures released on Saturday showed the number of people across the UK who have died after testing positive for Covid-19 has risen to 233, with 53 more deaths in England, two in Wales and one in Scotland.

Those being urged to stay at home include people who have received organ transplants, those severe with respiratory conditions such as cystic fibrosis and severe chronic bronchitis (COPD), and with some cancers such as those of the blood or bone marrow.

They also include some – though not all – of those receiving certain types of drug treatments including those which suppress the immune system – leaving the body less able to fight off the virus.

Where possible, they will receive regular text messages containing advice and guidance on how to manage their condition while at home, including on getting prescriptions delivered and accessing support for daily living.

Those living with them are urged to “stringently” minimise any personal contact.

Gatherings of friends or families

Dr Paul Johnstone, director at Public Health England, urged people contacted by the NHS not to ignore the advice.

“If you receive a letter it is vitally important that you act on it for your own protection, don’t attend any gatherings of friends or families and don’t go out for shopping, leisure or travel,” he said.

Communities Secretary Robert Jenrick said the Government was committed to ensuring people received the support they needed while they were at home.

“Public safety and making sure that those most at risk from the virus continue to get the support they need throughout this period is the Government’s top priority. People should stay at home, protect our NHS and save lives,” he said.

“This will be an especially worrying time for those with serious underlying health conditions and that is why we are urgently acting to ensure extremely vulnerable individuals are taking extra steps to shield themselves, and that the essential items they need are supplied to them.

“We will ensure that vulnerable and older people in our society are left in no doubt of their importance to us and our determination to protect them as best we can.”

Related: Death toll rises to 233 as shoppers warned on stockpiling