"There’s so much yet to be explained about Joey's release. Joey's fight isn’t over." 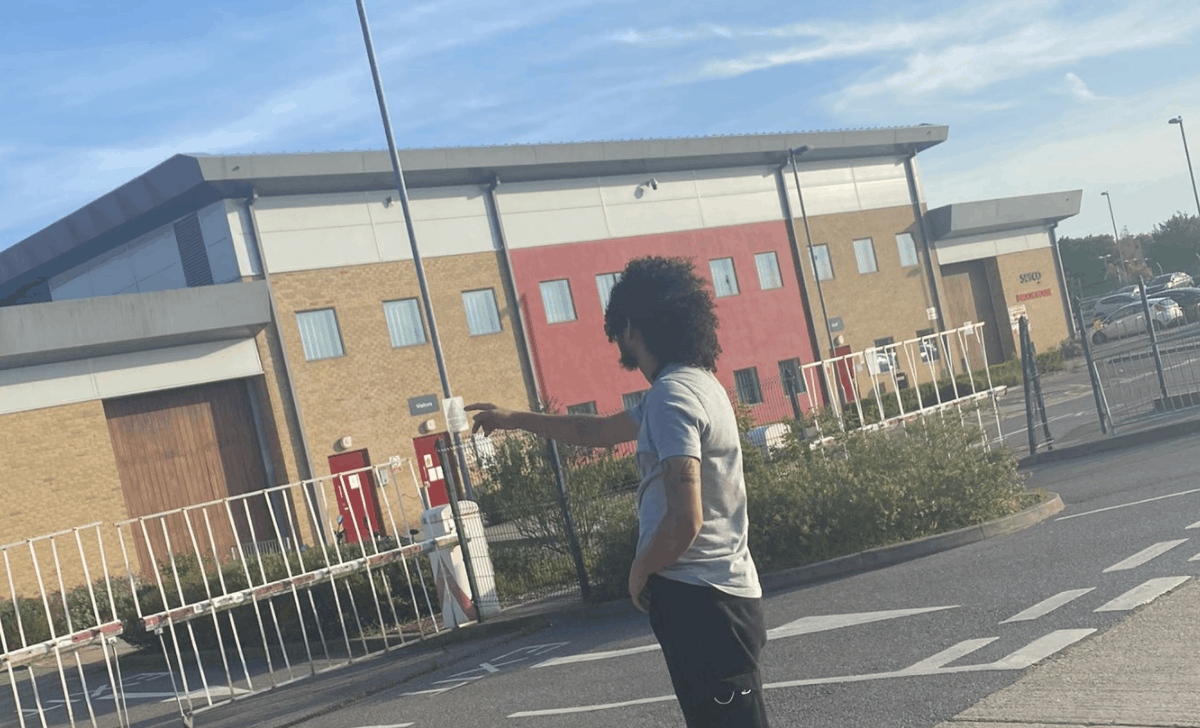 A 26-year-old man who was allegedly detained by the Home Office without warning, denied the right to apply for the EU Settlement Scheme and faced deportation has been released.

Joseph “Joey” Bediako, 26, who lives in Croydon had been in detention since 5 May at the Brook House immigration removal centre near Gatwick Airport. His girlfriend, 22-year-old Londoner Amoura Curry, told TLE that Joey was threatened with deportation to Ghana, where he was born but does not know anyone or have a home – but she said he is entitled to remain under the EU Settlement Scheme.

Upon his release yesterday, Curry said: “There’s so many people to thank for this. There’s so much yet to be explained about Joey’s release. Joey’s fight isn’t over.

“The men in Brook House [Immigration Removal Centre] need rescuing. Abdul on Joey’s wing has been under Home Office supervision for five years and in detention at Brook House for a long time.

“I will talk to everyone tomorrow, but first, sleep. #FREEINGJOEY“

And human rights organisation Detention Action said the fact that he was detained in the first place is “a scandalous abuse of power”.

The Home Office has been contacted for comment regarding Joey’s release and the allegations related to Abdul.

Following the announcement there was a flurry of reaction on social media.

Movement for Justice credited all the people who took action following his detention, while Collective Action said they will continue to fight against this cruel and inhumane immigration system.

Joseph Heath said the Home Office should be held accountable for the action, while Another Europe also moved to credit all those involved in his release.

Last week Curry told TLE that Joey had been refused his right to apply to the EUSS whilst in detention – despite the fact that the Home Office “have copies of his parents’ [Italian] passports and his dad’s right to work in the UK”.

With less than a month until the deadline for EU citizens to apply for the right to remain in the UK passes on 30 June, Curry used the hashtag #FREEINGJOEY to fight for her boyfriend’s release.

She wanted to go after Joey if he was deported, but would struggle to reach Ghana safely. “He shouldn’t have to leave because he has the right to be here,” she said. “There has been a lot of anxiety, which is not normal. I kind of wanted to get on the flight with him and go but I have an autoimmune disease which affects my kidneys so if I became unwell there, what do I do?”

She said Joey was feeling suicidal whilst detained – and has complained of guards “taunting him” in his cell in the middle of the night. The Home Office told TLE  the “dignity and welfare” of detained individuals are of the “utmost importance”.

“They have stolen his will to live, and that’s unforgivable,” she said.

Home Office response ahead of release

“The Home Office has not received an application from Mr Bediako to the EU Settlement Scheme.”