"I’m sorry you cannot come on here and say you have got massive expansion plans when everyone else but you says you haven't got the money to do it." 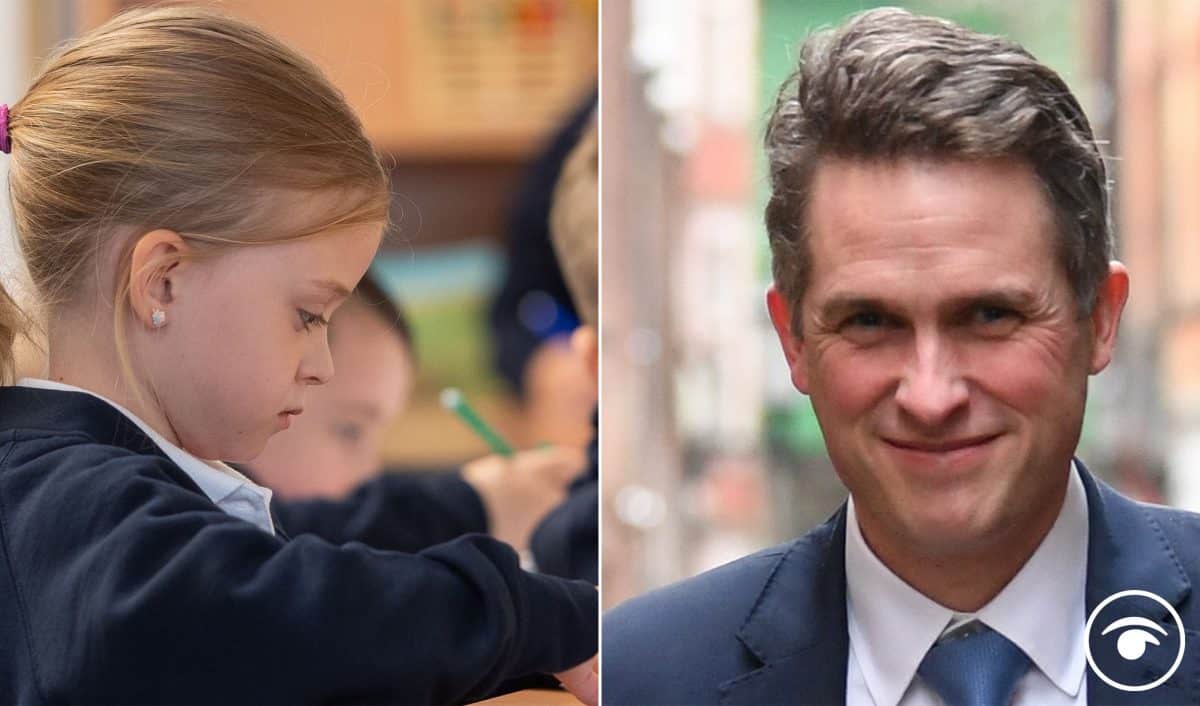 The coronavirus catch-up tsar has said “more will be needed” to help children recover learning lost during the pandemic as school leaders branded the Government’s extra £1.4 billion funding “pitiful”.

It was Gavin Williamason’s job, as education secretary, to do the media rounds today to try and explain why the full target was not met and was in for some tough questions on GMB from Ranvir Singh and Adil Ray.

The money, announced by the Department for Education (DfE) on Wednesday, will be used to offer pupils up to 100 million hours of tuition as part of the Government’s catch-up programme for children in England who have faced disruption due to Covid-19.

But the £1.4 billion – made available on top of £1.7 billion already pledged – has come under fire following suggestions that the Government’s education recovery commissioner called for 10 times as much to be invested.

Sir Kevan Collins, who is still considering long-term proposals to address the impact of Covid on children, reportedly called for £15 billion of funding and 100 extra hours of teaching per pupil.

Ranvir Singh and Adil Ray asked Williamson if he was “embarrassed” by his response to the new funding figure.

Ranvir said: “For you to say you are grateful for that small amount, a drop in the ocean from what your own advisor suggested, £15 billion and you get £1.4 billion or £1.7, whatever it is, it is so small.

“Don’t you feel embarrassed that you are coming on national television saying that you are grateful for that very small amount? Shouldn’t you be fighting for the schools and saying, ‘actually I am quite cross about this because I wanted more’.”

Williamson responded: “What we’ve identified are two key areas that we recognise can drive real change. We’ve been rolling out the national tutoring programme over the last few months. We’re seeing the real impact of how it’s helping children catch up, especially the children from the most disadvantaged backgrounds. What we’re doing is massively expanding that, we’re talking to 6m pupils right across the country. It’s an enormous expansion.”

Ranvir returned to the funding issue though: “I’m sorry to interrupt but it only covers 75 percent of the cost anyway that amount, the schools are still gonna have to cover 25 percent and as time goes on they are gonna have to end up paying for it all.

“What you’re saying, the spin just doesn’t stand up and you know that this morning don’t you…”

Haven’t got the money

Adil then asked: “I’m sorry we’re gonna be out of time so I do need to speak over you because we’re not getting an answer to the most important question. You keep telling us what the plans are but you haven’t got the money to do it.

“It’s really simple, you appointed Sir Kevin Collins, who you appointed yourself to give a review of what was required. He came back and said you need £15 billion to sort this out.

“You promised you were gonna level up the country, you’ve come back with a 10th of it, you haven’t got enough money.”

He added: “I’m sorry you cannot come on here and say you have got massive expansion plans when everyone else but you says you haven’t got the money to do it.

“Are we going to see £15 billion and if so when, and why haven’t we got it now. You promised you were levelling up this country, we don’t see it.”

Adil visibly unhappy with the answers he was getting then said: “When are we going to see the £15 billion Gavin Williamson.

“That’s the question. Not one billion, not three billion and not 1.4 billion, but £15 billion. When are we gonna see that, that is the recommendation from the person you appointed to review.”

Adil had enough of Williamson dodging the question and said: “So we’re not gonna see the £15 billion. Why don’t you just say that you haven’t got the money and we will make it work with the £1.4 billion.

. @adilray & @ranvir01 are proving to be a superbly formidable team on @GMB. They are showing the way in how to hold evasive Government Ministers to account. We need more of this pic.twitter.com/lABV5DbzKT