Jeremy Hunt recently promoted to Foreign Secretary and in China a bid to establish new trade connections managed to get the nationality of his wife wrong in a botched bid to ingratiate himself with his hosts. Hunt, Britain’s top diplomat now managed to mix up regional rivals Japan and China, as well as mistake his […] 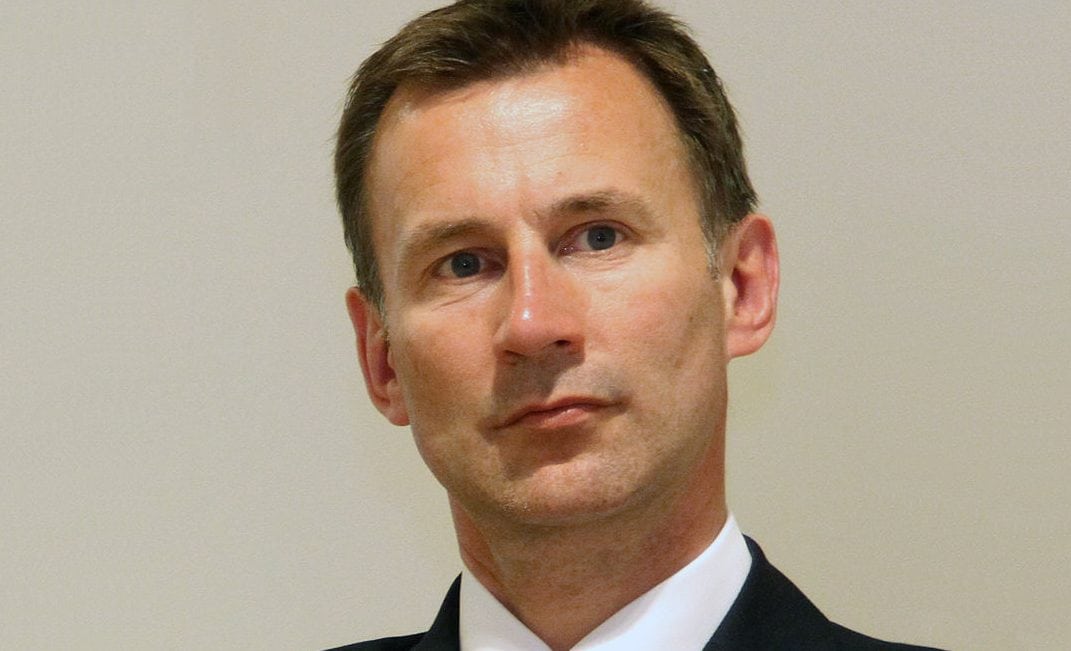 Jeremy Hunt recently promoted to Foreign Secretary and in China a bid to establish new trade connections managed to get the nationality of his wife wrong in a botched bid to ingratiate himself with his hosts.

Hunt, Britain’s top diplomat now managed to mix up regional rivals Japan and China, as well as mistake his wife’s nationality, boasting “my wife is Japanese.”

He hastily corrected himself, telling his counterpart, Chinese Foreign Minister Wang Yi: “my wife is Chinese. That’s a terrible mistake to make.”

“My wife is Chinese and my children are half-Chinese and so we have Chinese grandparents who live in Xian and strong family connections in China,” he added, trying to gloss over his gaffe.

Hunt is in China to discuss trade ahead of Brexit as well as security issues including UN sanctions against North Korea.

The former Health Secretary is married to Lucia Guo, mother of their three children and probably unimpressed by his gaffe when she reads about it this morning.

Hunt became Foreign Secretary after the recent resignation of Boris Johnson who accused Theresa May of destroying the Brexit dream.

When Theresa May promoted Boris Johnson as constant thorn in her side to Foreign Secretary it raised many eyebrows as Johnson was infamous for offensive gaffes and flippant racism.

Johnson referred to Africans as “flag-waving piccaninnies” with “watermelon smiles” in an article he penned.

He wrote an incredbibly rude poem about Turkish premier Recep Tayyip Erdogan before meeting him:

“There was a young fellow from Ankara, Who was a terrific wankerer.

“Till he sowed his wild oats, With the help of a goat, But he didn’t even stop to thankera.”

Visiting Uganda, he displayed he mocked attempts to stamp out female genital mutilation, writing: “almost every dollar of Western aid seems tied to some programme of female emancipation — stamping out clitorectomy, polygamy, bride-price, or whatever. And while some readers may feel vaguely that the African male should not be stampeded into abandoning his ancient prerogatives, one cannot doubt the care — bordering on obsession — with which Western workers pursue their ends.”

And he called Barack Obama “part-Kenyan” with an “ancestral dislike” of Britain when the US President cautioned about the trade consequences of Brexit.