After a weekend of highly publicised squabbles among the soft and hard Brexit supporting elements of the Tory party, Theresa May reported to parliament on the first stage of Brexit negotiations, which she insisted was “good news” for both people who want to remain in the EU and those who voted to leave. Jeremy Corbyn, […] 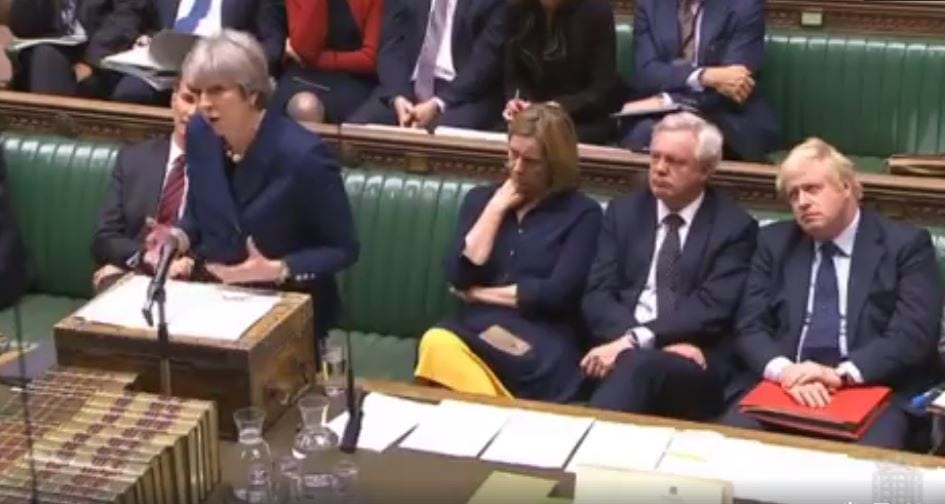 After a weekend of highly publicised squabbles among the soft and hard Brexit supporting elements of the Tory party, Theresa May reported to parliament on the first stage of Brexit negotiations, which she insisted was “good news” for both people who want to remain in the EU and those who voted to leave.

Jeremy Corbyn, referring to the Tory splits and Brexit Secretary’s conflicting statements on dire issues such as the future of Northern Ireland, the Brexit bill and revealing Government impact assessments on Brexit, quipped: “this weekend cabinet members have managed to contradict each other – indeed some have managed to go even further and contradict themselves.”

“18 months on from the referendum result, the Prime Minister has scraped through phase one of the negotiations,” said the Labour leader, “with many of the key aspects of the phase one still not clear.”

The leader of the opposition asked for clarifications on many of the thorniest issues – the mounting Brexit bill, how much continuing membership of EU agencies costs, the “conflicting statements” on “regulatory alignment” with the EU that have been the subject of many rows and why the arbitrary date for Brexit can’t be changed to make sure a good deal is reached “for people’s jobs and for our economy.”

What wasn’t mentioned is that this is the cost of Brexit – there have been no discussions of how much the UK would be paying for trade with the EU’s single market without trade barriers.

The Prime Minister insisted that March 29, 2019 would always remain the Brexit date however the negotiations go, despite many MPs from both benches who would prefer to prioritise getting Brexit right over sticking to that date.

Jeremy Corbyn said that his party “respected the result of the referendum”, but insisted that getting the complex negotiations right is “vital for people’s jobs and for our economy. Our future prosperity depends on getting them right.”

He added: “due to this Government’s shambolic negotiations it’s getting increasingly difficult to believe this is a government that is indeed even capable of negotiating a good deal for Britain.”