Things got a bit hairy down at Kettners. 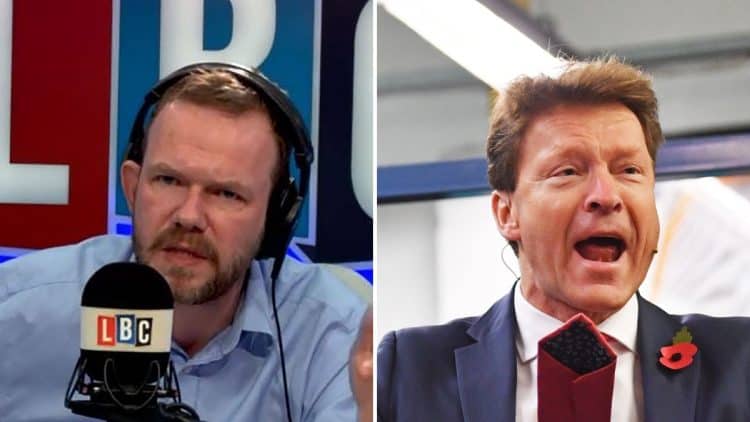 James O’Brien has confirmed that he did tell Richard Tice to “f*ck off” during a night out in Soho.

The LBC presenter was at Kettners bar and restaurant when he came across Reform Party boss and TalkTV presenter Richard Tice, who was dining with ex-LBC presenter Maajid Nawaz.

According to Guido reports, Tice introduced himself as O’Brien was on his way out, offering to shake his hand.

He then turned to Nawaz and reportedly told him “You can fuck off too and go and kill some people”.

Taking to Twitter, O’Brien said he did tell them both to f*ck off, “and would do so again in a heartbeat”.

“But the rest is bollocks”.