"His term is done/The day is here!” 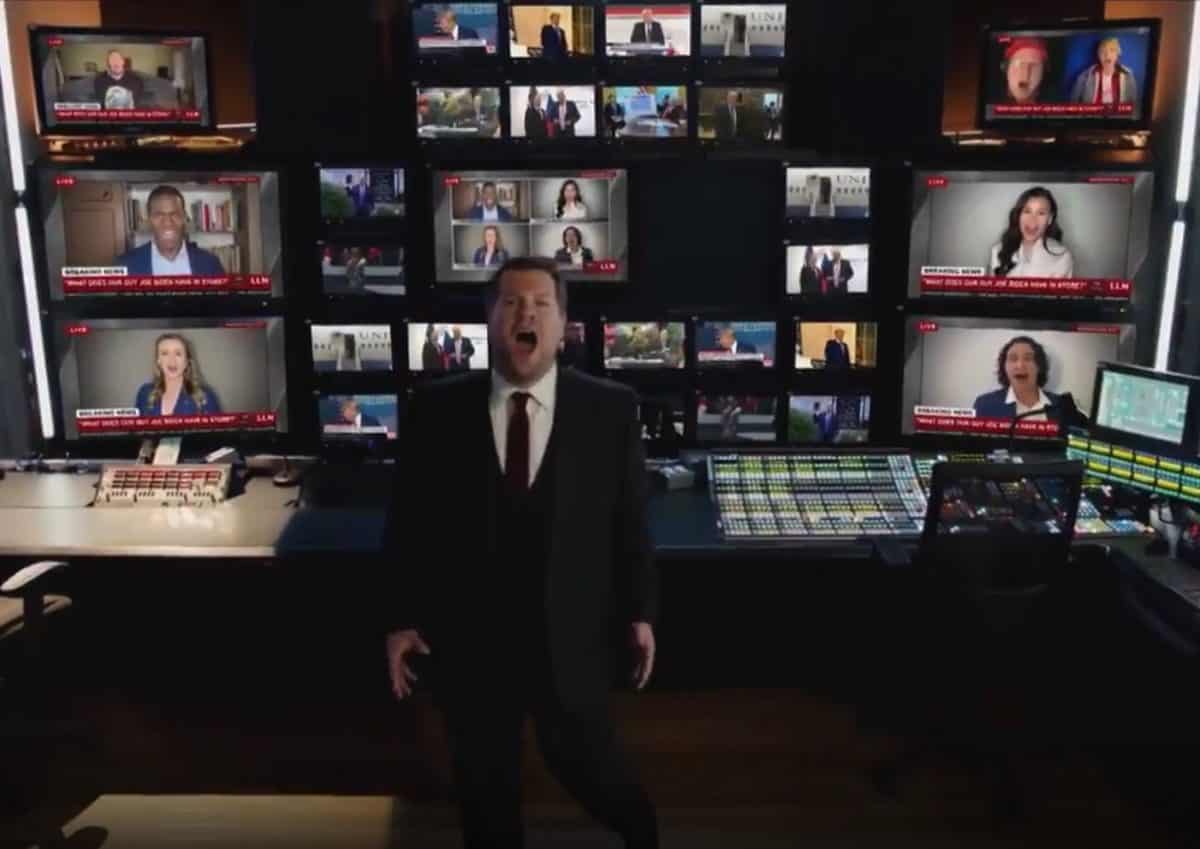 James Corden teamed up with Broadway stars last night to give Donald Trump a derisive send-off, channelling Les Misérables to celebrate only “One Day More” of his reign.

But as he walks into the office, a TV broadcasts Trump talking about false claims of a stolen election, which causes Corden to break into dramatic song.

“One day more/The final day of Trump as President,” he sings. “The White House has a brand new resident/It’s been four years of endless crimes/But now he’s finally out of time.”

He is joined by Broadway stars via television, who sing along in defiance.

“What a year this month has been/We’ll be in the parking lot/At Four Seasons Landscaping,” they sing. Later, they gleefully add, “His term is done/The day is here.”