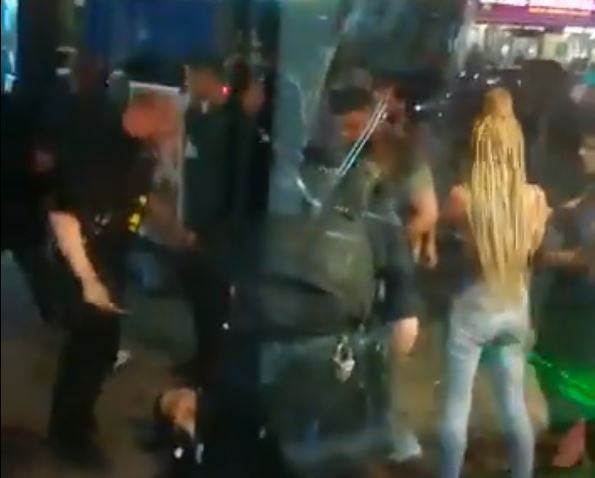 A gunman who shot three people – including a 30-year-old woman – near Kingsbury station in North West London is being hunted.

Armed cops and paramedics found the woman, an 18-year-old youth and a 24-year-old man with gunshot wounds near the Zone 4 Jubilee Line station.

All three victims were taken to hospital following the triple shooting at around 9.45pm last night (MON).

Police say both men remain in hospital, although their injuries are not life threatening.; neither is in a life-threatening condition. The 30-year-old woman was allowed home following treatment.

Detectives are appealing for information.

A Met Police spokesman said: “There has been no arrest at this early stage.”

To think that if I walked 15mins late to the gym I could have been in the middle of this shooting ? #Kingsbury pic.twitter.com/0lIpdywne7

Officers are at the scene of a shooting in #Kingsbury Road at 9.45pm on Monday. Not terror related. Three people taken to hospital, none believed to be life-threatening. #Brent officers investigating alongside #Trident colleagues.