The bridge will eventually stretch for more than two miles (3.4km) across a series of lakes and waterways outside Hillingdon. 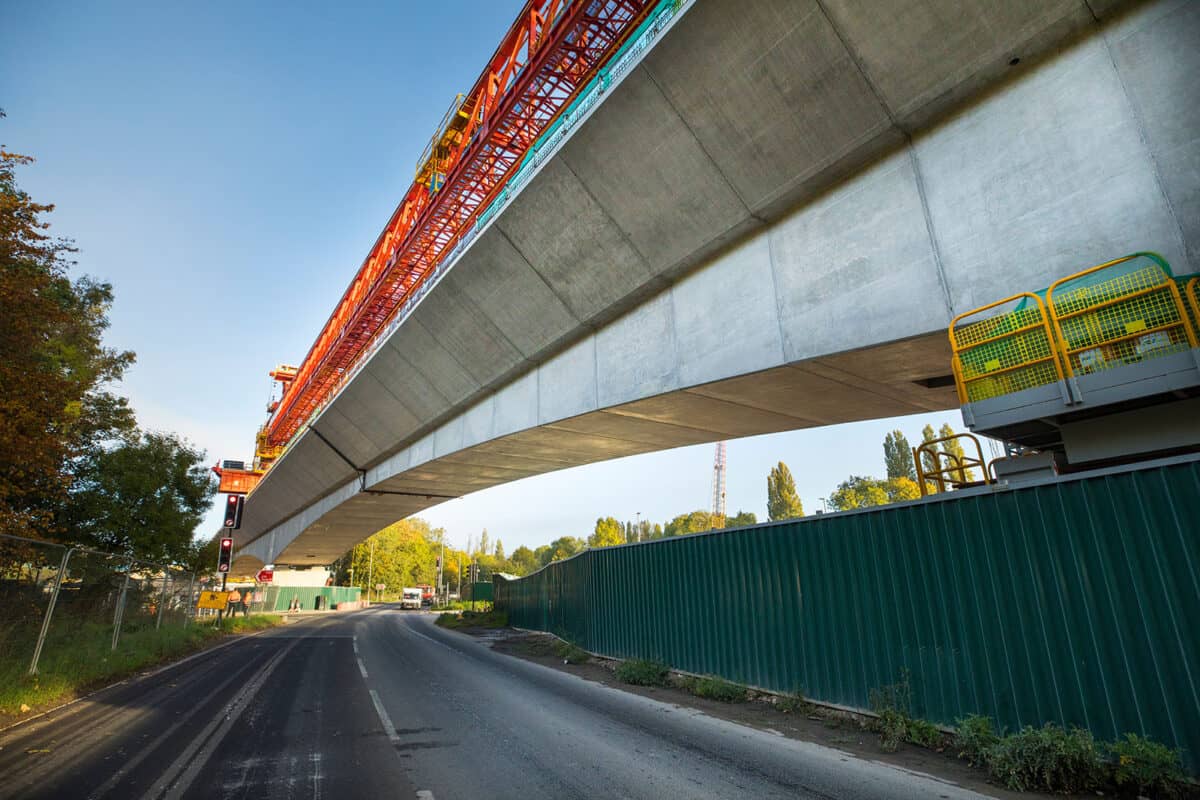 HS2 minister Huw Merriman today became the first person to officially walk on top of the UK’s longest railway bridge, which is under construction at an HS2 site just outside London.

The first 480m of the Colne Valley Viaduct – which will eventually stretch for more than two miles (3.4km) across a series of lakes and waterways outside Hillingdon – have been built over the last seven months using an enormous 700 tonne ‘bridge-building machine’.

Construction of the HS2 project, which is designed to improve rail links between London, Birmingham and the North, help level-up the economy and provide a low carbon alternative to car and air travel, is ramping up across the UK with almost 30,000 jobs now supported by the project.

Rail Minister Huw Merriman said: “This is an extraordinary feat of engineering and architecture, designed to enable spectacular views across a beautiful part of our British countryside which is being preserved and protected by this project.

“It was incredible to be the first person to officially walk on top of it today – another milestone for this monumental project which will transform journeys for people up and down the country, creating almost 30,000 jobs and providing a low carbon alternative to cars for decades to come.”

Known as a ‘launching girder’, the 160m long bridge-building machine is the only one of its kind operating in the UK and is used to lift the giant concrete deck segments that form the viaduct’s arches into position. Once each section is complete, the machine inches itself forward to build the next stage.

The first 141 – out of a thousand – deck segments are now in position, with each one weighing up to 140 tonnes. To allow for the gentle curves of the viaduct as it crosses the valley, all the segments are slightly different shapes and made on site at a purpose-built temporary factory close to the north abutment.

Welcoming the milestone, HS2 Ltd Project Client David Emms said: “After seven months of hard work, it’s great to be able to finally be able to walk on part of the Colne Valley Viaduct. Once complete, this record-breaking structure will form a key part of the HS2 route – helping to deliver better connections across the UK, free up rail capacity on the existing train network, and offer passengers zero carbon travel options.

“I’d like to thank all those involved in getting us to this exciting stage and look forward to seeing the whole viaduct come together over the coming years.”

Related: Up to a dozen Grenfell firefighters diagnosed with terminal cancer