"Thirty-four of us share one shower and one toilet." 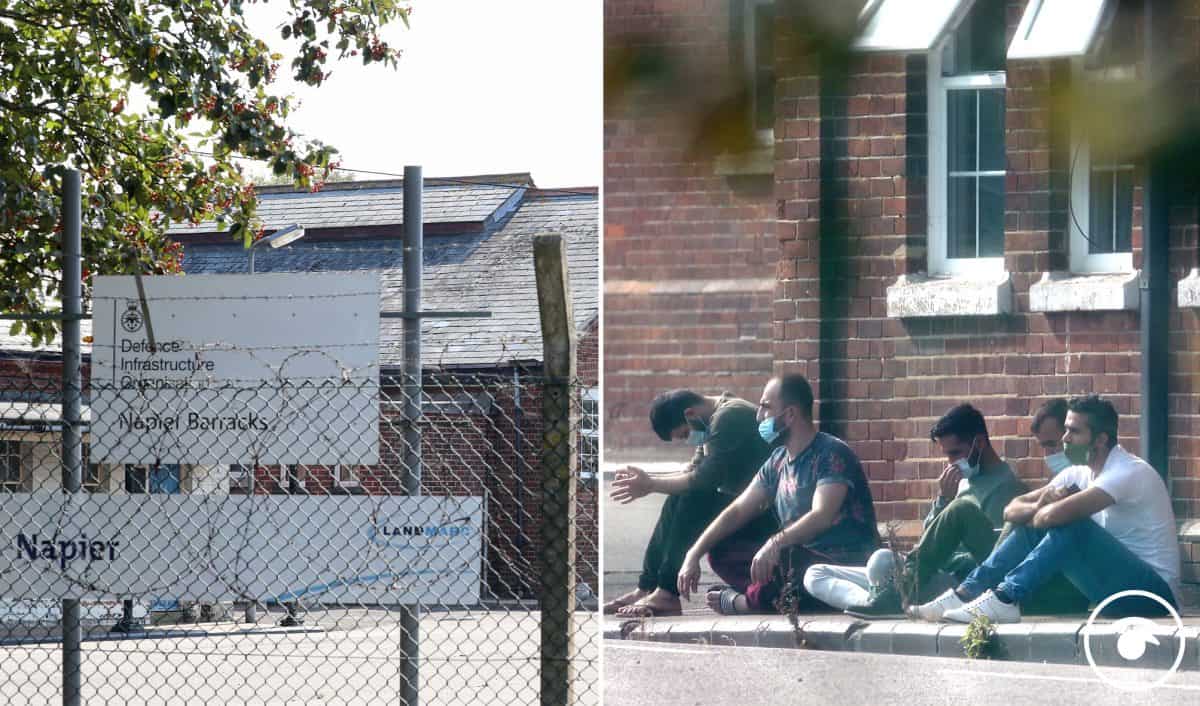 An asylum seeker living at a military barracks in Kent has said conditions are “unbearable”, with 34 people sharing one shower.

There have been reports of suicide attempts at Napier Barracks, near Folkestone, which the Home Office is using to house asylum seekers including people who have crossed the Channel in small boats.

Dozens of residents gathered outside the barbed wire-topped fence on Tuesday chanting “freedom” and waving banners.

Many are on hunger strike and sleeping outside despite the cold nights in protest at conditions in the camp.

The Government said it takes the wellbeing of asylum seekers “extremely seriously”.

One resident who has been living at Napier Barracks since September complained of a lack of privacy and said they struggle to sleep.

They said: “I am protesting because the conditions here are not good. Thirty-four of us share one shower and one toilet.

“There is no privacy. At night no one can sleep because there is too much noise.

“The situation is unbearable. You cannot settle and there is no peace and quiet.”

The resident said they are also worried about coronavirus because of the cramped conditions.

They added: “It’s a military set-up here, it’s like being in prison. You can’t do anything without someone knowing, everything you do is watched.

“Being here brings up bad memories, particularly at night. I am suffering from nightmares of my memories.

“I’m not getting any sleep, three or four hours, maybe, each night. I am tired.”

Napier Barracks is one of two Ministry of Defence sites being used to house asylum seekers.

They were loaned to the Home Office as the department struggled to house the thousands of people who crossed the English Channel in small boats last year.

Napier Barracks was designated to house about 400 asylum seekers, more than any other Home Office “initial accommodation site”.

“We provide asylum seekers with safe, warm, Covid-secure, suitable accommodation where they receive three meals a day whilst their claims are being processed.

“They are not detained and are free to come and go in line with Covid-19 restrictions. We have a robust complaints process where the people who we support or people representing them can raise concerns if they are not rectified through the 24/7 helpline run by Migrant Help.”