Two men are now in custody. 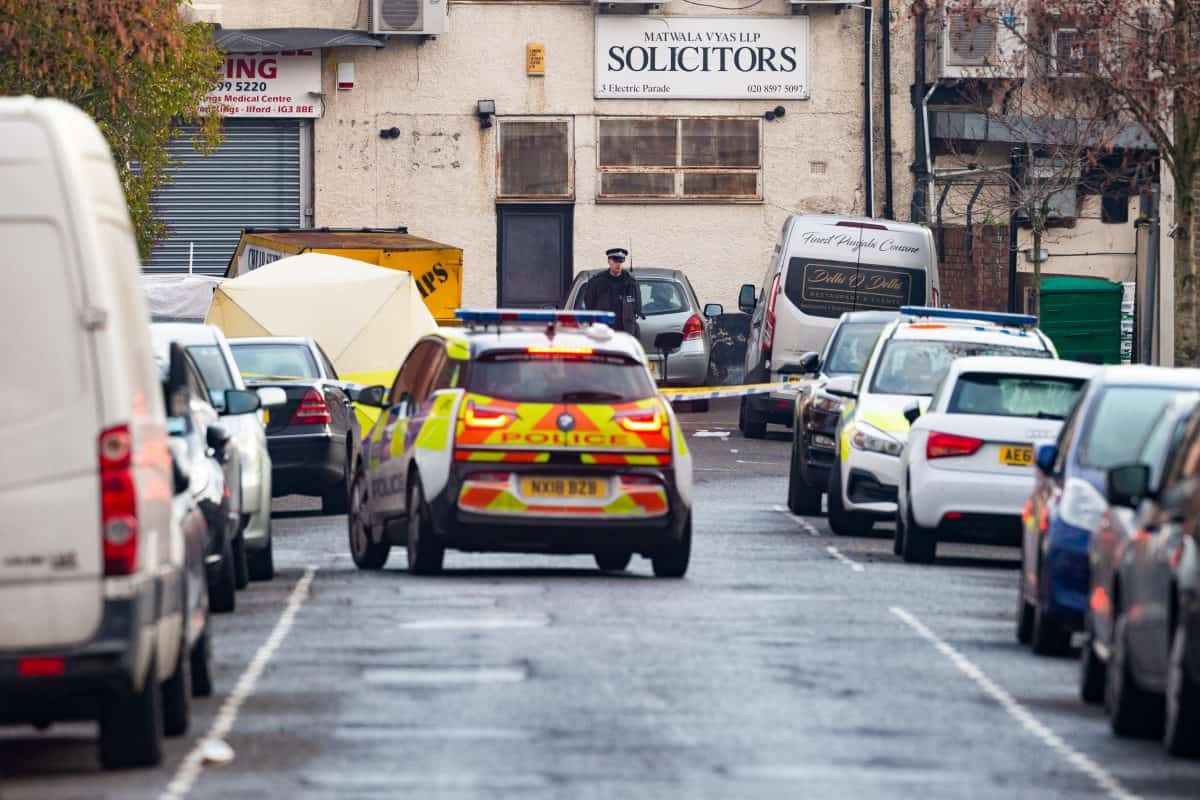 Three people stabbed to death in a street brawl were Sikhs, police have revealed.

Police and paramedics rushed to the scene in Elmstead Road, Seven Kings, east London, at around 7:40pm yesterday after reports of a fight.

Three men, who police said are in their 20s or 30s, were found suffering stab injuries and were pronounced dead at the scene.

Police are still attempting to formally identify the victims and trace their next of kin.

Detective Chief Superintendent Stephen Clayman, spoke at the scene of the incident this morning and said: “This investigation remains in its early stages and work continues to establish the exact sequence of events that led to this shocking incident.

“We believe the parties involved were from the Sikh community and known to each other.

“A fight has taken place which has escalated, resulting in three people being fatally attacked.

“Residents in and around the Seven Kings area will see extra officers on patrol; if you have any concerns, or information that could assist the investigation, please stop and speak to them.”

A Met Police spokesperson said: “Both men, aged 29 and aged 39, have been arrested on suspicion of murder.

“Enquiries into the circumstances are ongoing.

“A murder investigation was launched after emergency services were called at 19:38hrs on Sunday January 19, to a disturbance in Elmstead Road, Seven Kings.

“Officers and London Ambulance Service attended and found three men, aged in their 20s or 30s, suffering stab injuries. All three were pronounced dead at the scene.

“Officers are in the process of establishing formal identification and informing all next of kin.

“Post-mortem examinations will be arranged in due course.

“A thorough investigation led by homicide detectives from Specialist Crime is underway and crime scenes are in place in the area as officers continue a full forensic examination.

“These will be in place into Monday and potentially beyond.”

This morning, a huge cordon sealing off the surrounding roads is in place with dozens of officers standing guard.

A police helicopter has been scrambled and is hovering over a wide area overhead.

Meanwhile, businesses stay closed and frustrated commuters are being ushered on long routes around the crime scene.