At least 20 hounds pursue the vixen through the churchyard in Charlton Horethorne, Somerset 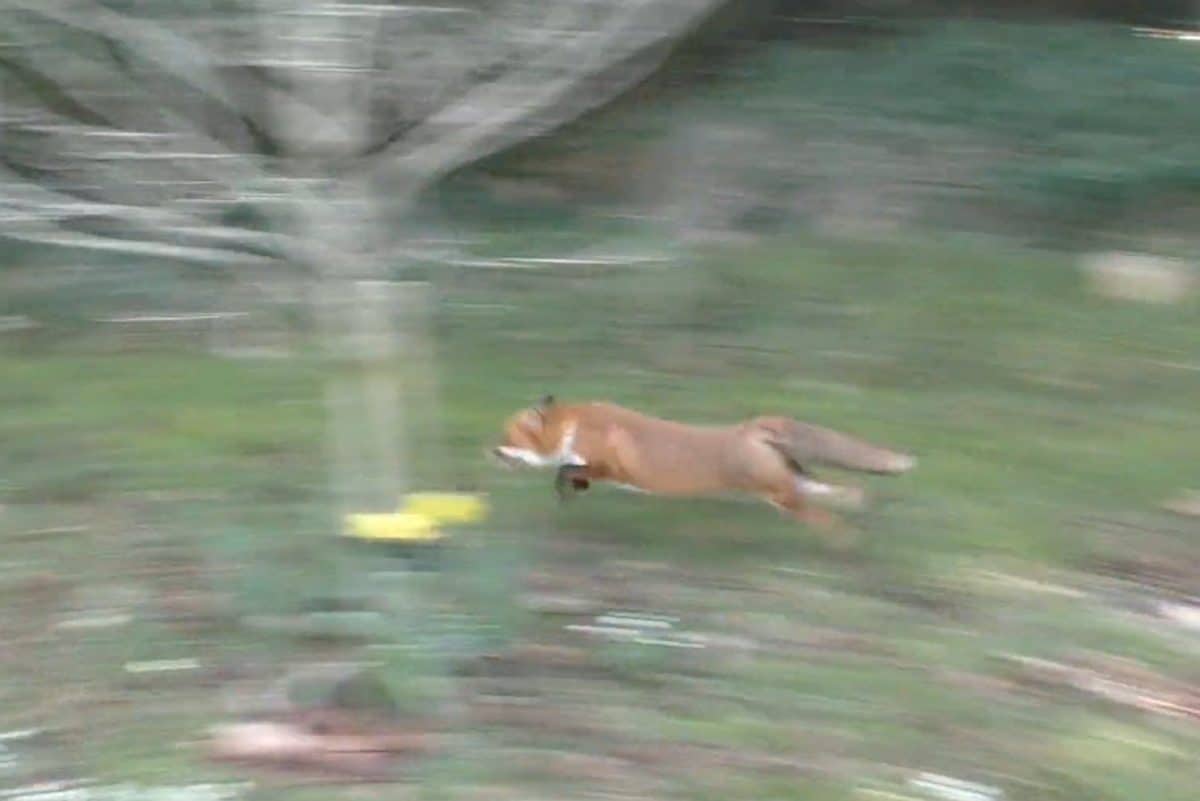 This video captures the moment hunt hounds chased a fox through a graveyard.

At least 20 hounds were filmed pursuing the pregnant vixen through the church yard in Charlton Horethorne, Somerset.

The vixen runs into bushes and races away across a field before a man on horseback wearing hunting attire sounds a horn from a neighbouring field.

Another hunter on a white horse is then challenged by an animal welfare campaigner as a hound closes in on its prey.

The five-minute video, captured on Saturday, February 23, was released by animal welfare campaigners Hounds Off and Somerset Wildlife Crime.

The village of Charlton Horethorne is the home of the Blackmore and Sparkford Vale Hunt which meets at least three times a week.

Somerset Wildlife Crime tracks the hunts to protect foxes and raise awareness of the practice.

Spokesman Bobbie Armstrong said: “When the fox crossed in front of us we told a red-coated hunter to call hounds off.

“At this point, they were right on her and it looked grim.

“It was all a bit tense for a while.

“During hunts, we will find vantage points and plot the direction they will travel so we can get ahead of the hounds.

“We are capturing compelling video evidence to support our case against this cruel and inhumane practice.

“It was the Blackmore and Sparkford Vale hunt who meet at least three times a week.

“People don’t realise that hunting still goes on and it happens all through the week.

“In Somerset, you could witness a hunt every day.

“Only the presence of so many cameras brings the hunt to their senses and they have to stop the hounds after the second circuit for fear of what the cameras have captured.”

Penny Little, founder of the Little Foxes charity, reviewed the footage and said: “I am confident this fox is a vixen that has recently given birth to cubs as her teats are visible and show clear evidence of lactation.”